Home » Coalition eager to prove it works for women too 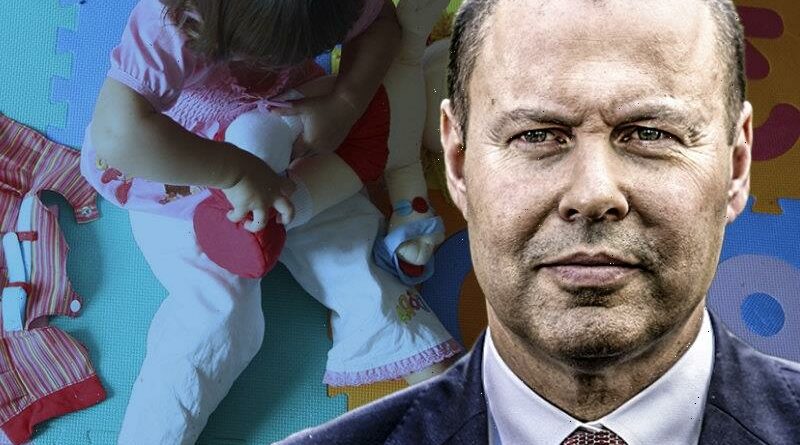 Anticipation over the release of the Women’s Budget Statement on Tuesday night has been so intense in recent months the document was always going to have a lot to live up to.

Which might explain how the government found itself shoehorning any policy tangentially related to women in to this document. How else do you end up touting $17 million for more Matildas soccer matches and the women’s basketball 2022 World Cup with a significant investment in supporting women fleeing violent relationships? 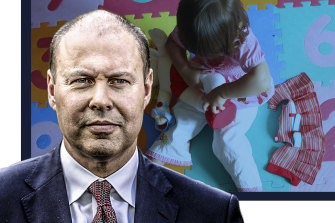 Many economists had been calling for better childcare funding.Credit:

The inclusion of a formal women’s budget statement in Tuesday’s pack of papers in itself speaks volumes about the pressure the government has come under over the past three months on the treatment of women within Parliament and society more broadly.

Last October’s budget was accompanied by the first Women’s Economic Security Statement in three years, but it was given only to those journalists who sought it out and turned out to be a flimsy sheaf of paper. This year’s 81-page bound volume outlined three pillars: safety, economic security and health.

On safety, the government is promising another $1 billion on top of the billion it has spent since coming into power. This “transitional strategy” has the promise of more to come once the states are on board with the fifth national action plan to reduce domestic violence, to start in mid-2022.

Many of the immediate funding issues highlighted by the domestic violence sector are addressed.

The $130 million emergency funding given to frontline services at the start of the pandemic, in anticipation of a spike in violence during lockdowns, will continue for two more years.

Women’s legal centres will get $129 million more over four years – more than they’ve been asking for.

There is a welcome shift away from asking women fleeing abusive relationships to dip into their superannuation. Instead, a new trial program will offer grants of up to $5000 – $1500 of it in cash – to help with rent, legal costs and setting up a new home.

The major part of the economic security package is the already announced help with childcare fees, accounting for $1.7 billion of the $1.9 billion bundle.

The boost to participation is expected to be the equivalent of 40,000 parents working one more day each week.

While not specifically offered up as a women’s measure, the budget also includes $1.6 billion for four-year-old preschool with a guarantee of ongoing funding after nearly a decade of 12-month extensions.

This reflects the fact the Commonwealth can’t pull its support for early childhood education while making it clear to the states they need to do more to increase attendance.

Both measures make sense: economists widely agree that making childcare more affordable delivers one of the biggest boosts to workforce participation for the amount spent. The other, increasing paid parental leave for both parents, isn’t touched here.

The support on offer doesn’t go as far as what Labor promised but the government will argue it is better targeting where help is needed.

It will help 250,000 families with more than one child aged five or under in childcare, although this is only about a quarter of all families using childcare.

The boost to participation is expected to be the equivalent of 40,000 parents working one more day each week.

While women’s workforce participation is at an all-time high of 61.8 per cent, Australia still lags behind many other comparable countries including New Zealand. Women are nearly twice as likely as men to be working part-time.

Perhaps the women-focused national cabinet meeting in July or the new women’s cabinet taskforce, given more time, will come up with new ideas ahead of the election.