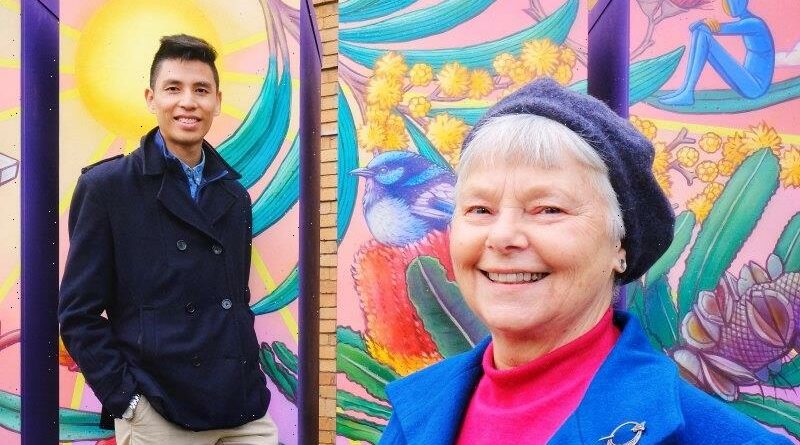 Frigid weather and the upheaval in the energy market has whetted consumer appetite for renewable technologies such as home batteries and rooftop solar, with record numbers of installations underway in the past month.

The cost of home batteries has gone up due to the global surge in desire for electric vehicles, but demand for them has nonetheless soared, with customers telling installers that reducing their reliance on the grid is as attractive to them as potential savings. 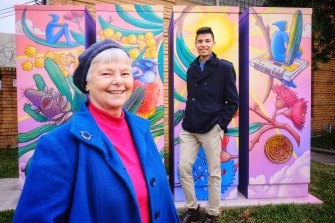 In June, phone enquiries to state government body Solar Victoria from consumers keen to claim rebates on solar, batteries and solar hot water were 45 per cent higher than the yearly average. And demand for solar batteries has increased – approved battery applications this financial year are more than double the previous one.

This rush has surprised some in the industry says Solar Victoria chief executive Stan Krpan. “Having the energy crisis on the front pages has been the biggest driver. That’s what we’re hearing from the retailers and installers in our network,” he says.

“Our retailers and installers are so tired – they are putting on new staff and struggling to recruit to keep up with the pipeline of installation.”

Consumers are also changing their behaviour, with 60 per cent of people telling Solar Victoria they have programmed their appliances to operate in the day, when energy is cheaper.

The primary reason households get rooftop solar is to save money, but when they install batteries they cite having autonomy from the grid is just as important as cost saving, Krpan said. Large batteries cost about $15,000, with an entry-level smaller battery selling for between $6000 and $8000. The payback for batteries is between 10 and 15 years.

Solar Victoria’s “Solar Homes” subsidy scheme had experienced record-breaking demand for three years, since 2019, but demand this year had been flat. A month ago this changed, with record levels of interest in all subsidies, including from renters. Demand was strongest in the week of June 6, when a big “tongue” of wintry air escaped from Antarctica and moved over south-eastern Australia, producing a conveyor belt of cold fronts.

The price of home batteries has gone up by about 15 per cent because of the global demand for electric vehicles, says Solar Run managing director Anthony Kurta, whose company is one of the largest installers in Victoria.

But that hasn’t stopped his customers: “The uptake has been fantastic – people are concerned there is not enough power in the grid, and they’re worried about blackouts.”

One of these customers, West Heidelberg resident Robert Montirosso, is an owner/builder who has embarked on building a 9.1 star, highly energy-efficient home. Made from panels made from 150mm-thick foam, the all-electric house will probably need no heating or cooling, although Montirosso has installed them for comfort if needed. And it now has a new 23-kilowatt rooftop solar system and the first of three batteries that will be fitted over the next year.

Montirosso believes gas and electricity prices will keep increasing, and he worries about the energy grid struggling to cope with demand. Government attempts to manage the transition from fossil fuels could take years, so meanwhile he’s hoping for greater energy security and serious savings.

“I’m a family dude that wants to have a nice house for his kids and partner to live in, and I’m a tight-arse as well,” he says. 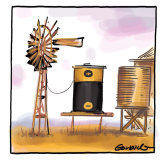 As Australia introduces more renewable energy into the grid, storage – both household and system-wide – is crucial. Large-scale batteries, such as Victoria’s “Big Battery” near Geelong, can store electricity when there is an oversupply, so it’s available when demand is high. But most large-scale batteries only have two to four hours of storage available, so longer duration storage such as pumped hydro will be needed.

Standing on a street corner and the size of four fridges, the lithium-ion battery is designed so the local community of about 200 homes – including those who are unable to install rooftop solar – can access and store renewable energy. This battery absorbs and stores excess energy from rooftop solar during the day and releases it during peak evening times to displace fossil power. It also provides stability to the local grid.

North Fitzroy resident Laura Brinson was interested in the scheme because it included people, like her, who didn’t have solar panels on their houses, and she supports getting more renewable power into the Victoria system.

“I have learnt a lot more about the practical changes you can make in your home, and it has been a really satisfying process to be involved – all of my neighbours are interested.”

The NSW government does not keep detailed data on solar installation, but a spokesperson said that at June 15 there had been over 3000 applications for solar systems in the “Energy bill buster” program, which will provide solar systems and energy efficiency upgrades to up to 30,000 households.

Joan and Ross Hughes decided some time ago to get rooftop solar and a battery for their house in Kiama, two hours south of Sydney, and had the 10kw system installed this week.

Speaking to The Age and The Sydney Morning Herald on a sunny day, Ross Hughes said he’d been checking his meter and was delighted to see his home had not used any mains electricity, despite electrical appliances being turned on.

Although they look forward to cheaper bills, their primary motivation was a strong commitment to sustainable energy. 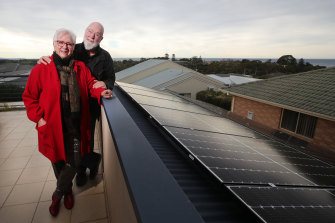 Joan and Ross Hughes at home in Kiama, New South Wales, Friday, 24 June 2022. The Hughes’ are a couple who got a battery and rooftop solar system installed in their home yesterday.

“Australia has so much sunshine but federal government policy hasn’t encouraged solar for a long time. We want to use green energy rather than coal-fired power which just adds to greenhouse gases.”