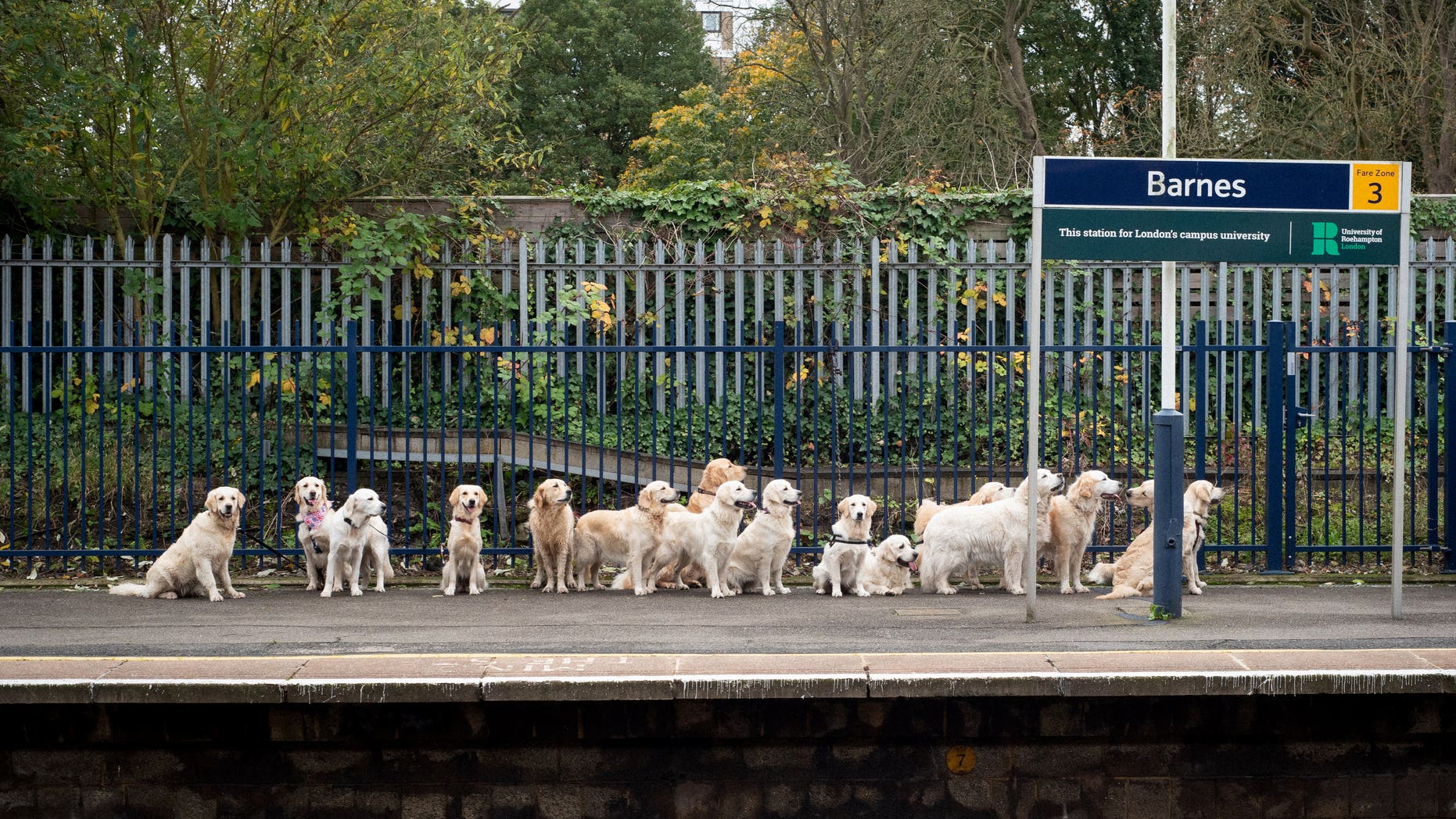 The adorable dogs, dubbed "good boys and girls" by witnesses, were spotted patiently waiting on the platform.
(SWNS)

Commuters were given paws for thought when they spotted a dozen golden retrievers lining up on their own — to wait for a train.

The adorable dogs, dubbed "good boys and girls" by witnesses, were spotted patiently waiting on the platform.

More than 30 thousand social media users shared a picture of the golden dogs waiting at Barnes Station, in southwest London, and posted hilarious puns about why they could be waiting. One called the scene a meeting of “Very Important Puppies,” while another branded it the “Andrex puppy reunion.” (Andrex, a brand of British toilet tissue, often features an "Andrex puppy" in its marketing campaigns.)

The dogs were gathered on the platform for a photo as part of a charity calendar to raise money for Battersea Dogs and Cats Home.

A total of 26 dogs posed at 13 locations across Barnes, including one shot of a handsome pair enjoying a “dog date” at the cinema.

Four perky retrievers were also captured as they strode across a crosswalk in another shot imitating the Beatles’ iconic "Abbey Road" album cover.

The calendar was the brainchild of Anne Mullins, who set up the Barnes Golden Group – “The BGs” — to exchange information relevant to fellow dog owners. 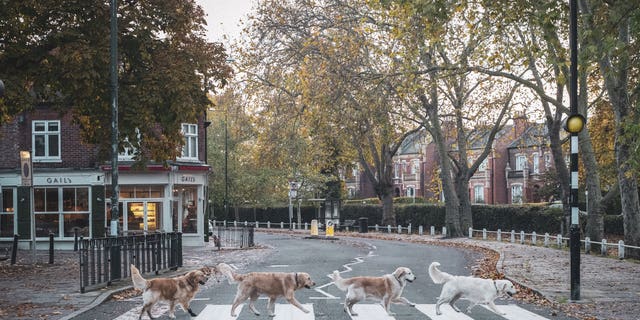 The dogs were gathered on the platform for a photo as part of a charity calendar to raise money for Battersea Dogs and Cats Home.
(SWNS)

Mullins said, “Dog owners are such a beautiful lot, so I thought it would be fun to do a calendar and give the proceeds to a dog charity.

“Ours are a pampered, much loved lot and not all dogs are.”

Mullins teamed up with fellow dog lovers Sophie Farrah and Tom Farrah-Pearce to plan and shoot the calendar.

The trio chose a range of locations in Barnes, including a park, cafe, a grocery store, as well as the crosswalk and the train station.

Mullins added, “The dogs were all securely tied to the railings on a platform that’s no longer used — so all very safe.

“And commuters took lots of photographs which they then tweeted.”


Public fundraising lead at Battersea, Jo Stone, said, “Without the fundraising efforts of generous supporters like the Barnes Golden group, we would not be able to care for the thousands of animals that arrive at our three centers each year. We are incredibly grateful to everyone who worked on this adorable fundraising project for supporting Battersea in such a fun and creative way and we cannot wait to see the full calendar when it’s finished.”