Cooking up something delicious in the kitchen comes with a great sense of pride in what you have made – unless you drop it or spill your mixture all over the floor, that is.

These photos shared on social media by hapless homeowners reveal some of the most catastrophic kitchen spillages ever.

From a pasta sauce jar that has smashed onto the wall leaving a trail of red sticky gloop in its wake to a tragic quiche that has been dropped onto the floor, these pictures will make your heart break over the wasted food.

It comes after author Rachel Hawkins, from Alabama, confessed on Twitter in a viral post on Wednesday that she had managed to drop a full jar of spaghetti sauce over her kitchen – which led to others sharing their tales of woe. 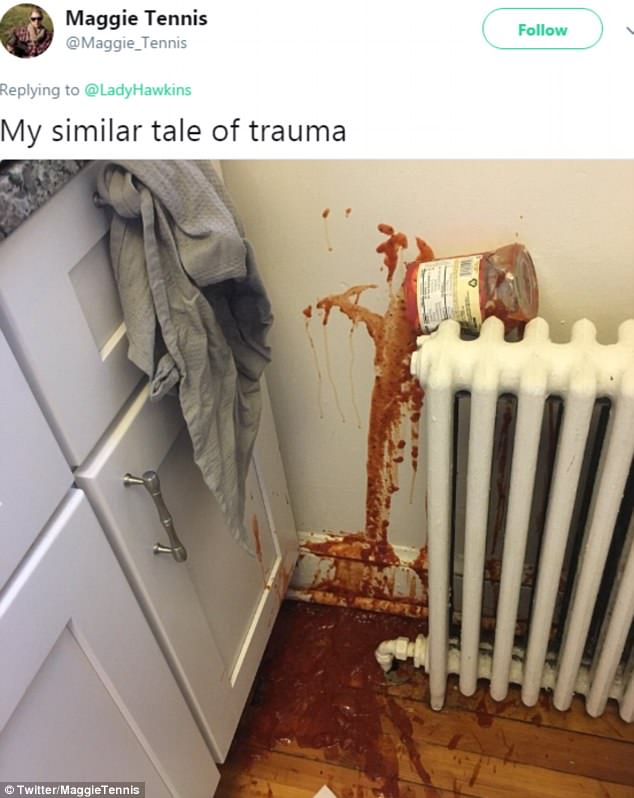 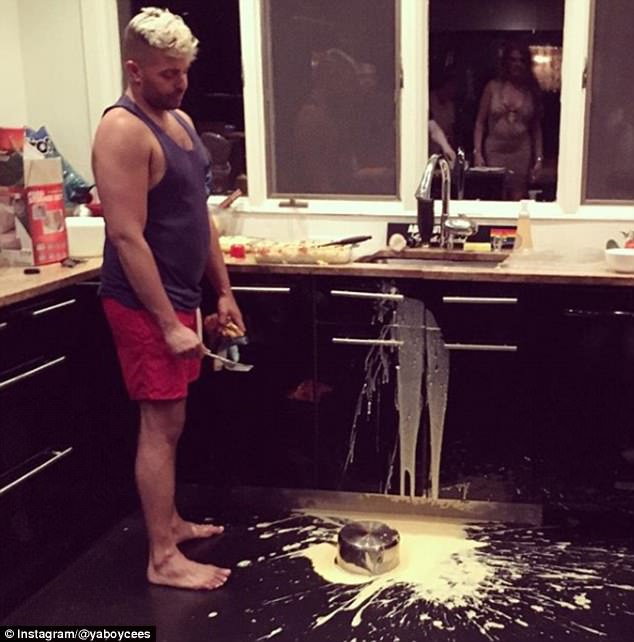 The feeling of seeing your hard work in the kitchen go to waste is particularly heartbreaking, not to mention the horror that comes with trying to clean it up

Rachel tweeted: ‘I just dropped a full huge jar of spaghetti sauce on the kitchen floor, and it SHATTERED when it hit the tile, and the mess was so big that for a second, I considered just…walking away.

‘From my house, my family, my life. From the oregano-scented horror I’d unleashed.’

The post received more than 45,000 likes and more than 5,400 retweets, with almost 600 people commenting below her message with similar stories.

So what has been your worst kitchen spillage – and was it as bad as these? 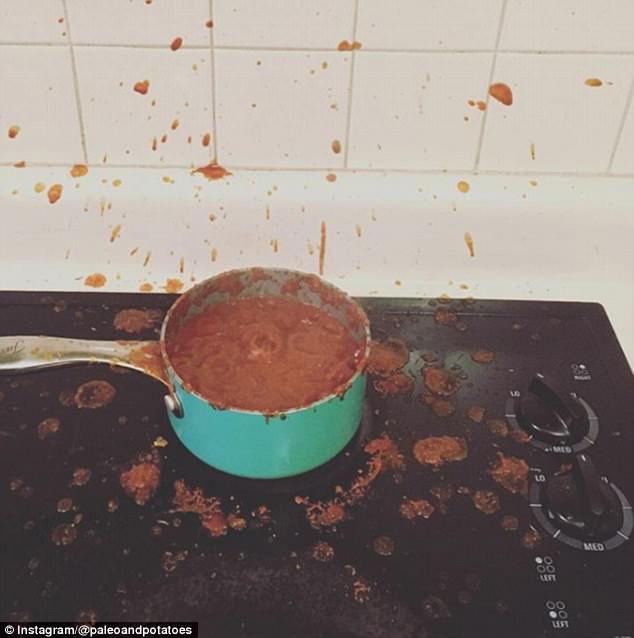 This pot of sauce has boiled over and spat everywhere, much to the frustration of one cook 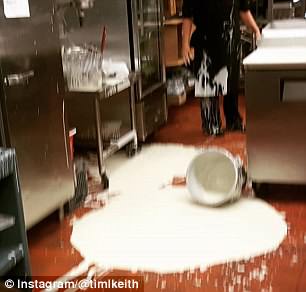 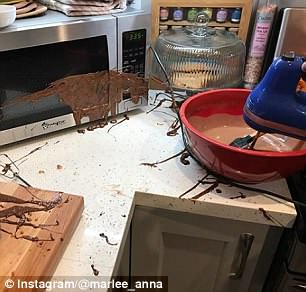 This chef had a huge spillage in a professional kitchen – and it will take a long time with a mop to clean up (left). Another had a disaster when trying to aerate some Nutella as it went everywhere (right) 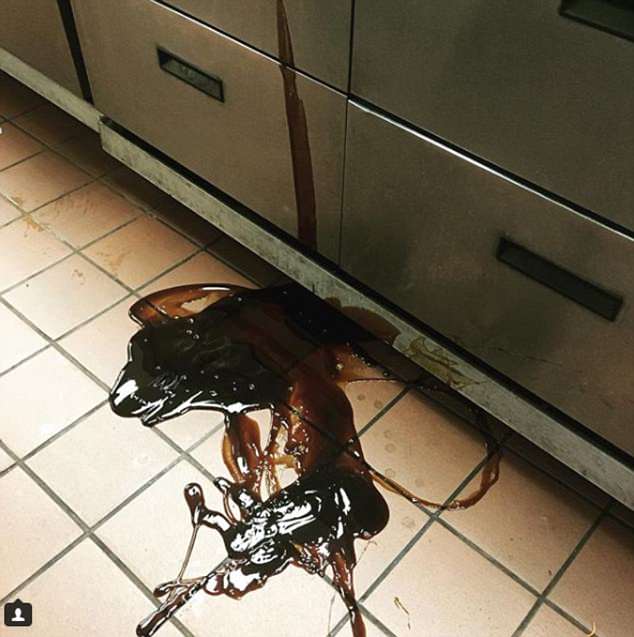 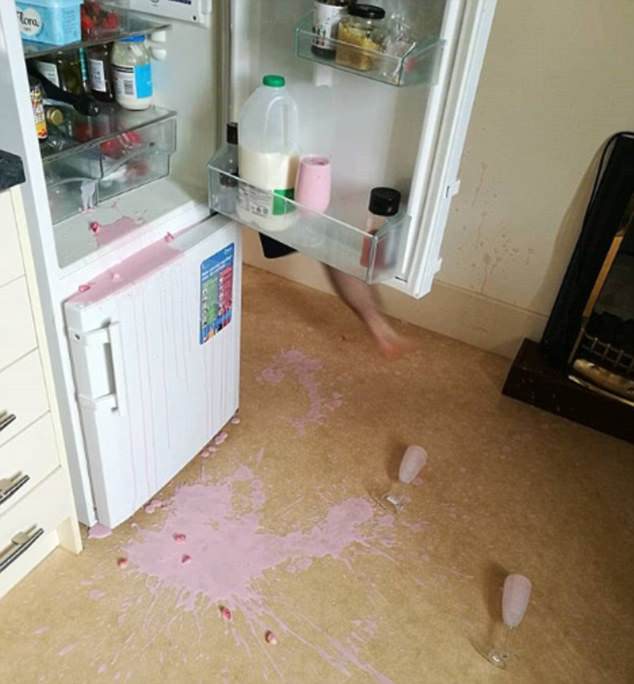 This cook said she didn’t think she would be allowed back in the kitchen after dropping two pink strawberry desserts on the floor, which ended up splattered all over the wall too 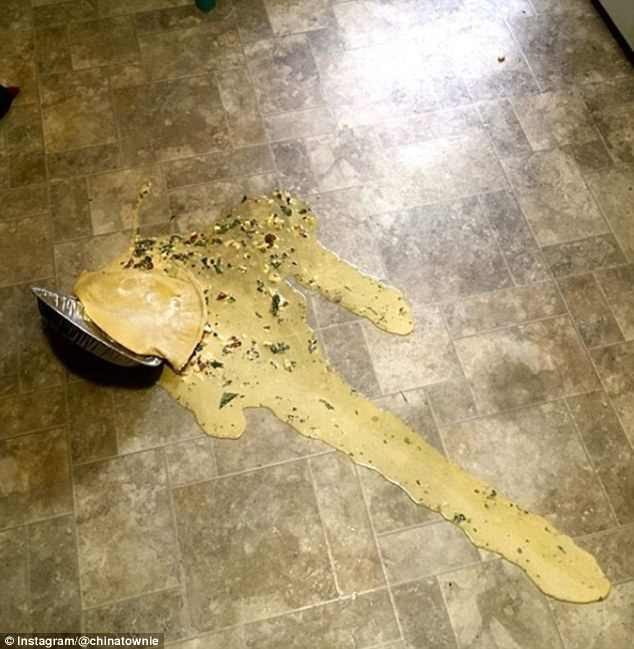 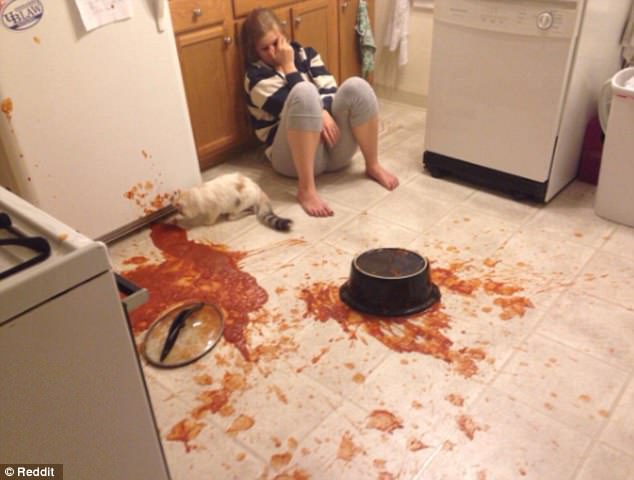 This infamous image is probably one of the most catastrophic kitchen spillages of all time. It shows a girl hunched up in a corner looking miserable as an entire pot of tomato sauce is upended on the floor. The cat looks happy with his lot though 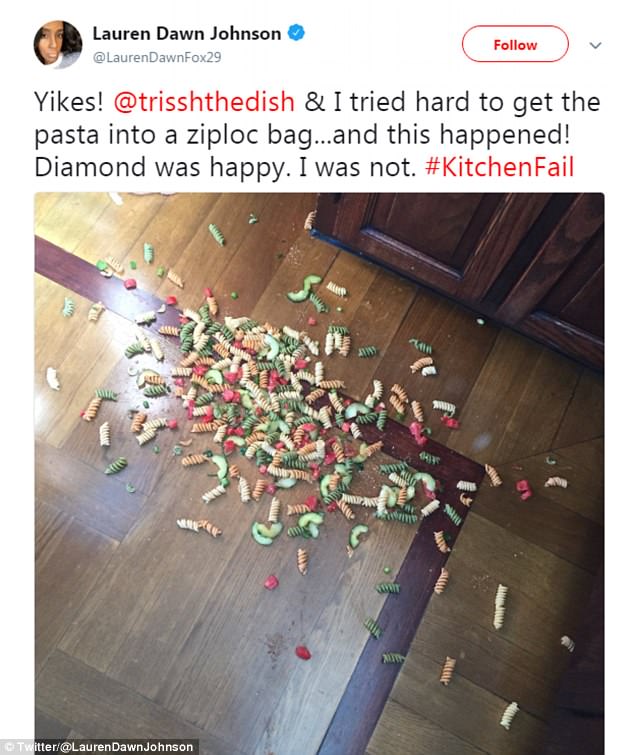 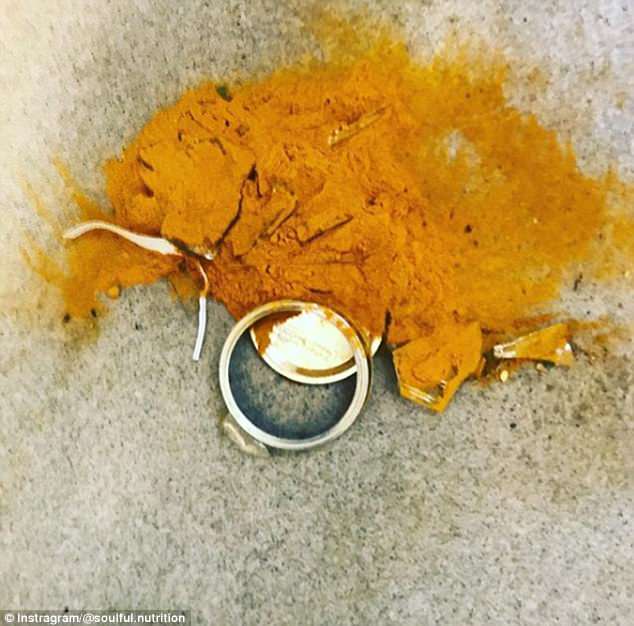 Want to turn your kitchen floor yellow? Just spill a jar of turmeric on it: that will do the trick! 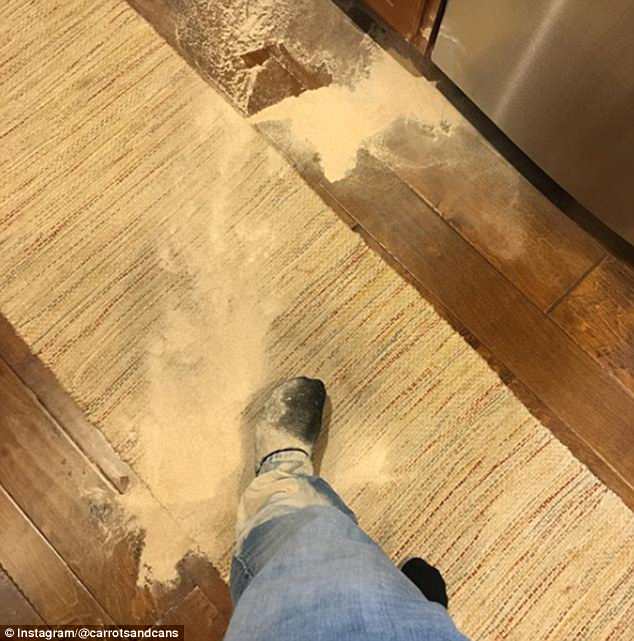 Life hack: Don’t pick up a container of flour by just the lid, or you might end up with powder all over your kitchen