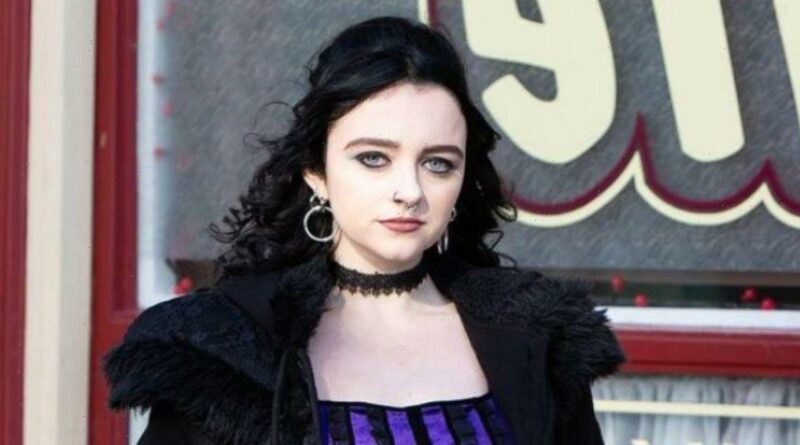 Coronation Street watchers have likely noticed some change on the cobbles this week as Nina Lucas, played by Mollie Gallagher, unveils a striking new hair look in the recent episodes.

The new look sees Nina swapping her usual jet black hair colour for a striking two-toned blonde and black colour combination. The bleach has been concentrated towards the fringe section of the character’s hair, leaving the underneath layers a contrasting dark shade.

Despite the star actually opting to change her appearance in late November 2021, the episodes have only just aired, meaning some fans are seeing the new style for the first time. Nina’s hair has also proved to be the talking point of #Corrie Twitter these past few days, with fans gushing about her alternative look. Some have even spotted a celebrity hair doppelgänger.

"Wow Nina's hair looks amazing. Reminds me of Billie Eilish,” tweets one, while another says, “Nina's hair though I love it #Corrie.”

A third asks, “How come no-one has said anything about Nina's hair? Even in real life, people comment about someone's change of hairdo. #Corrie.”

Since singer Billie Eilish arguably kickstarted the bleach and black contrasting hair look back in 2020, we wonder if Corrie actress Mollie was inspired by her. Billie did, however, take the look one step further by adding an acid green wash over her bleached fringe sections, so perhaps Nina’s look will evolve in the coming months with a bit of extra colour.

These days, Billie is wearing a more conventional hair look. In November 2021, she shared a short clip of herself in the hairdressers chair with rich auburn hair – a previously unseen look for her fans – and now sports a dark brunette shade.

"Took the blonde out and went red for a week hehe," she wrote alongside the footage.

Naturally, many of Billie’s loyal fans were raving about the look on social media, desperate for more of a look at her brief time as a redhead. Let’s hope we get more hair content from her in 2022!

For all the latest celebrity news including their hair and makeup secrets, sign up to the OK! Daily Newsletters now