A couple claim to be head over heels in love, despite their 28-year age gap and are on a mission to show that love comes in all different shapes, sizes and ages.

Entrepreneur, Nadine Tran, 27, and firefighter Stephen Curley, 55, from Illinois, first met a year ago at the Rock N’ Roll McDonald’s in Chicago as Stephen was leaving while Nadine was arriving at the restaurant.

Instantly attracted to each other, they each did a double take and Stephen bought Nadine breakfast and they spoke for four-hours. 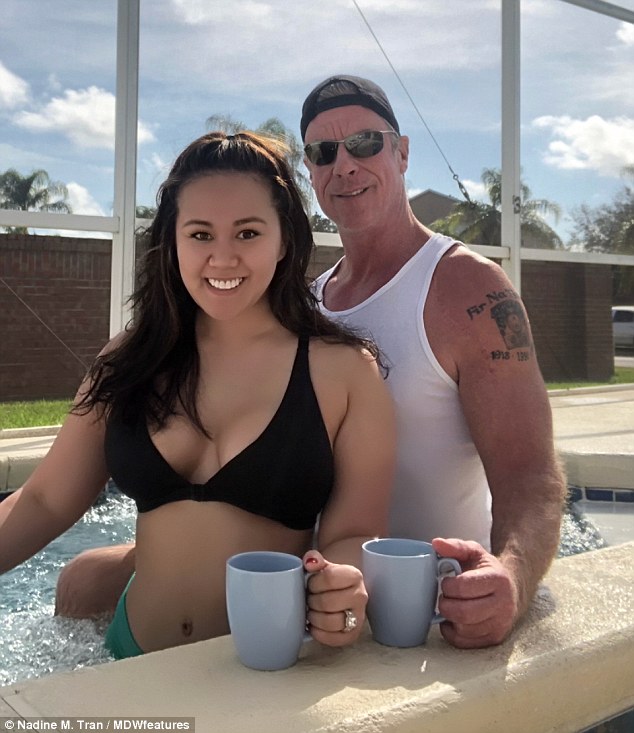 Nadine Tran, 27, and firefighter Stephen Curley, 55, say they are head over heels in loved despite a 28 year age gap

Nadine was first attracted to Stephen’s wrinkles and muscular physique whilst he was instantly enthralled by her enthusiasm and life stories.

Nadine has an 18-month-old daughter, Kate from a previous relationship who they both take care of and enjoy family time with.

Since falling in love, their relationship has been plain sailing but they say that a difference in preference of communication has been the most difficult obstacle to overcome as ‘old school meets new school’. 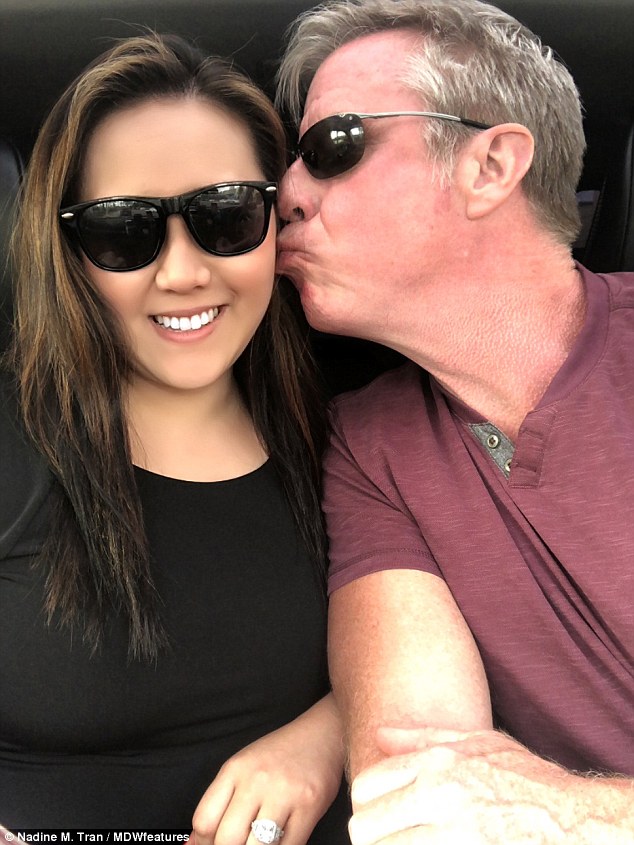 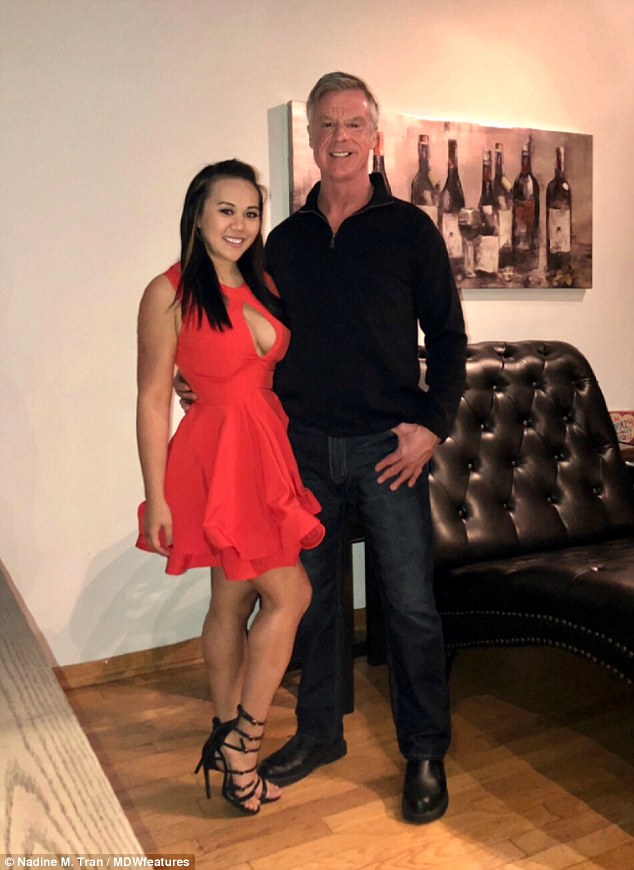 ‘The age gap is thirty years and it has never been a problem personally for either of us,’ said Nadine.

‘Love comes in all different shapes, sizes and ages. Don’t judge a relationship by the photos or the age difference. Get to know their story first before judging.

‘We don’t have Kate full time so the time we have Kate and get to spend time together on the boat or with family is probably our happiest times. 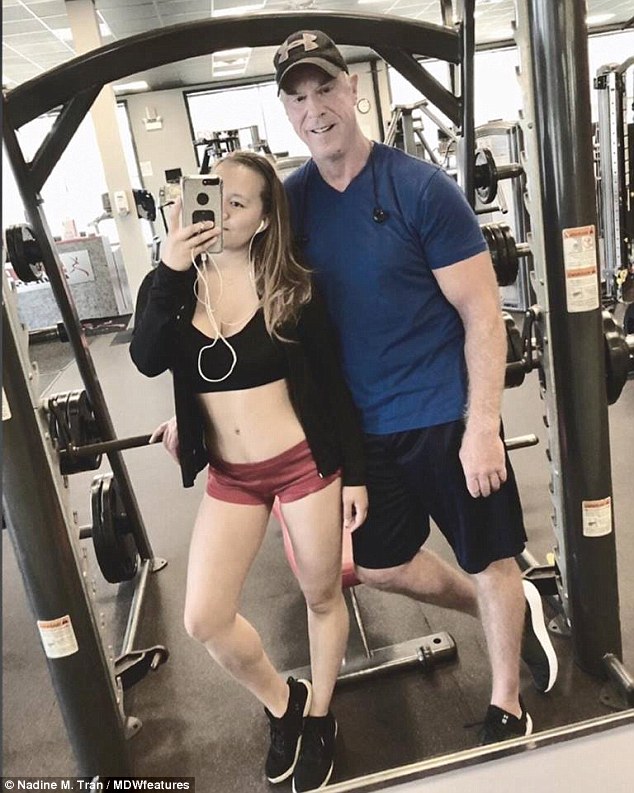 The pair love trying new restaurants together, keeping fit, travelling and taking pictures together but each have little quirks that annoy the other.

Nadine said that she gets positive reactions from the public about her relationship with Stephen.

‘Steve doesn’t like to find my hair all over the house, I’m always texting instead of calling, and asking questions that have already been answered and still need more details which annoys Steve,’ added Nadine. 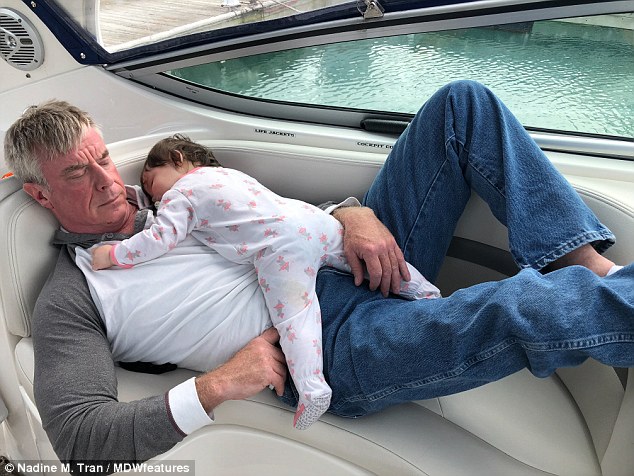 Nadine has an 18-month-old daughter, Kate (pictured with Steve) who they both take care of and enjoy family time with

‘I don’t like it when Steve uses anti-wrinkle creams before going to bed, not being able to read my mind, and listens to the Chris Stapleton radio station over and over.

‘When people approach us they usually have great comments to say. We haven’t really heard anything negative and those people who have negative things to say won’t say it to us in person.