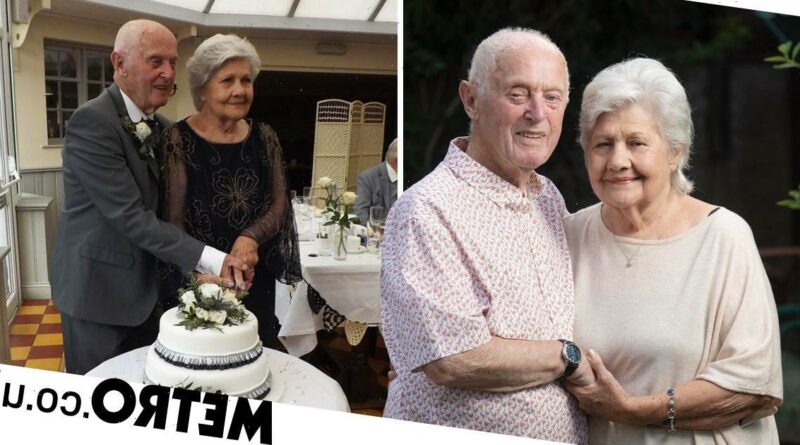 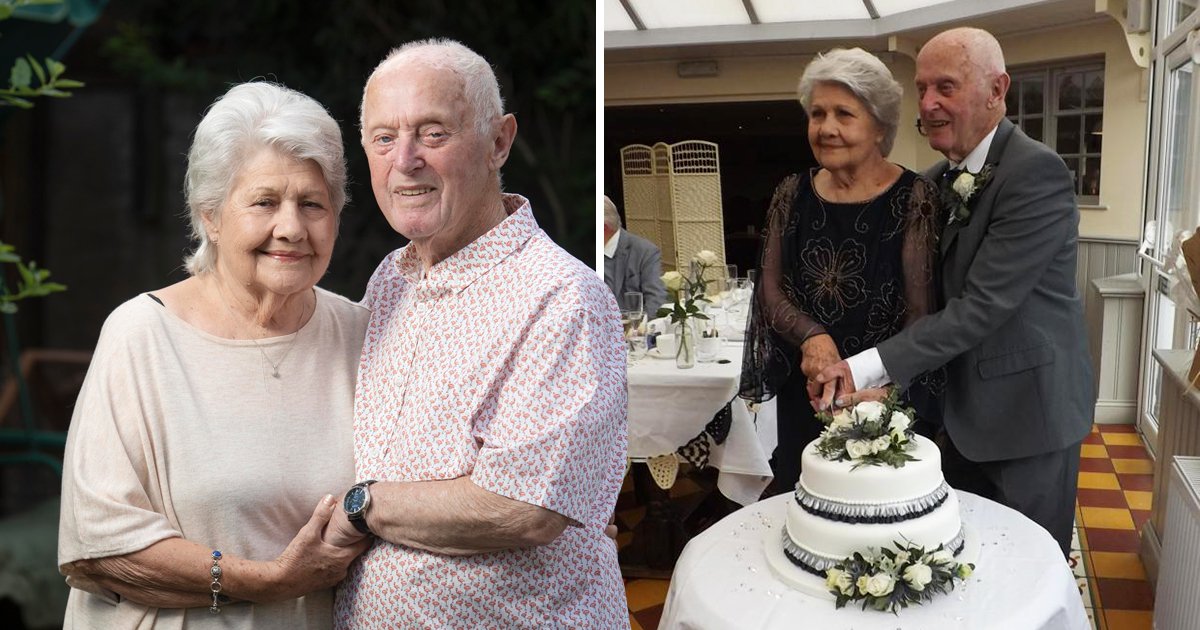 Euan Coffin, 84, and Freda Clark, 81, both suffered bouts of loneliness after their spouses died.

Euan’s daughter Theresa set him up with a profile on the dating website Silver Surfers, which aims to match singles aged 50 and over.

Not long after, Freda’s granddaughter Millie did the same for her, and the great-grandmother was flooded with friendship requests from men.

Freda took little notice of most of the messages, but retired landscape gardener Euan’s profile caught her eye thanks to their shared interests in gardening, angling and dogs.

After exchanging a few messages, the pair met up for the first time in a Lidl car park, because savvy Freda didn’t want to give her address out straight away.

Later on, their first date was at a garden centre for afternoon tea.

Their bond grew stronger over the course of the pandemic, which forced them to be in each other’s social bubble.

Euan proposed in February and the rest is history, with the pair marrying earlier this month at The Guildhall in Poole, Dorset, in front of 22 guests.

They held their reception at a local pub and now live together in Freda’s Bournemouth home.

Freda, whose husband of 59 years, Tony, died in 2017, said: ‘I was struggling with loneliness after my husband died, so my granddaughter made me this digital profile for this dating site.

‘I said to her not to be so silly, but she just did it.

‘Alerts started coming through thick and fast, but Euan was the first person I spoke to. I saw his photo and realised we liked the same things, so I answered him.

‘We had two or three messages, and he then said about meeting up. You don’t give out your home address at first, so we met in the car park at Lidl up the road.

‘From there we went for a coffee and spent four hours talking. We were both really very lonely.

‘We met a couple of days later for our first date, which was Stewarts Garden Centre for afternoon tea.

‘That’s all we did, went for afternoon teas.

‘We both said we didn’t want anything serious, just friendship. When lockdown came, Euan was my bubble, and he spent a few nights of the week with me.

‘He bought me a brooch as a gift and asked me if I’d preferred it if it was a ring, and he got down on one knee and of course I said yes, and now we are married!’

Euan, who was married to his late wife Wendy for over 60 years before she passed away nine years ago, said: ‘The dating website was my daughter’s idea. I said don’t bother, and the next thing Freda came along, which has been the best thing.

‘I made the first move. I messaged her to say I would like to meet you, and it went from there.’

Euan’s daughter Theresa said: ‘We’re absolutely thrilled. Freda is a lovely lady, and she’s a similar type of person to my mum.

‘We all have a lovely relationship, and we’re just thrilled that dad is happy.

‘She’s bought some fun and laughter back into our lives after some sad years.

‘Freda’s family are all lovely too, and they feel the same way about them getting together – it’s great.

‘We just hope that they get some quality, happy years together at their age – we all hope they stay well enough to enjoy life as much as they can.’

Freda, who has two children, five grandchildren and five great-grandchildren, added: ‘Life goes on, and we haven’t got that much time left, so you’ve just got to use it and enjoy what you’ve got.’