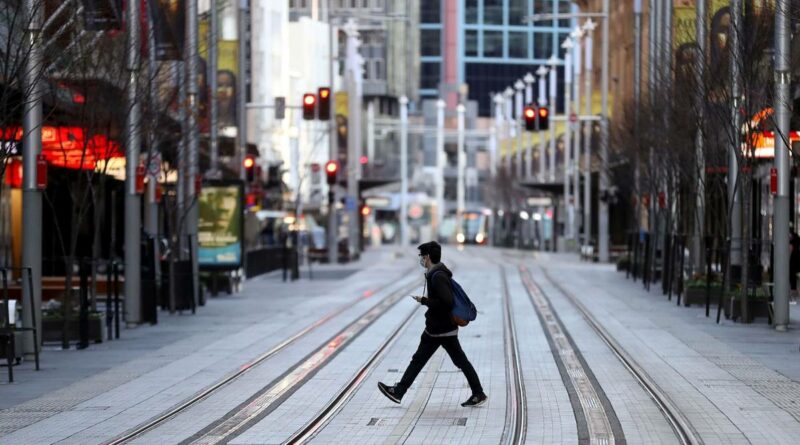 Long after lockdowns have passed, we’ll remember the large gatherings that happened in defiance of public health orders, many acting as a catalyst for Covid-19.

There’s the house party in Waterloo, Sydney, which led to at least 12 cases, the Newcastle party which sent the whole region into lockdown and, notoriously, the St Kilda, Melbourne, engagement bash on the weekend which may yet turn out to be a super spreader event.

But some health experts have said we should be wary of focusing only on these big and blatant breaching of the rules. Rather, many of us are quietly ignoring a few health orders here and there. And that could be a key factor in the continuing spread.

“Having a few people over [may seem like] it’s not like having a party with 60 people or 100 people,” University of Melbourne epidemiologist Nancy Baxter told ABC News.

“But all these things add up and they have a direct impact on whether we’re going to be opening up or not.”

Premiers have pleaded with people not to cherry-pick health orders.

University of South Australia biostatistician and epidemiologist Adrian Esterman told news.com.au there were undoubted risks with people flouting the rules on a small scale, but it was still the larger events that were of the most concern.

The rules of what you can and cannot do across Australia’s many lockdowns vary. However, it’s likely the 200 or so punters who stopped for a drink and a chat while listening to a DJ in Northcote in Melbourne’s north on Sunday knew they weren’t sticking to the letter of the lockdown.

That infraction was highly visible. But many other transgressions of the rules are far more subtle.

In Sydney, for instance, no visitors are allowed to households unless they are in a single-person bubble. But not everyone is abiding.

“The woman next door has her children living with her and those teenagers have had their mates over out the front,” one Sydney inner west resident told news.com.au.

“No wonder we’re never getting out of lockdown”.

Similar low level swerving around the rules is likely to be happening frequently: maskless walks with a friend, maybe, even though the rules demand masks in most instances, having a cuppa with a neighbour over the fence and then popping in for a few minutes to check out the new bathroom, or lingering in the aisles at Woolies when you bump into a mate you’ve not seen for weeks.

“Can I appeal to anyone who has made the wrong choices that we’ve all got to work together to defeat this.”

At the same time, they were becoming distrustful of diktats from high above.

“In the face of what appears to be ineffective government action and confusion … people don’t want to remain helpless and tired,” he said.

“They act to feel better and they act in ways they believe are appropriate. They believe they are low risk and they are doing things that actually help them to get by.”

A family having double-vaxxed grandma round for dinner – a big lockdown no-no – may perceive the risk of her getting Covid is outweighed by the damage to her mental health by leaving her home alone.

It doesn’t help that Covid itself is a complicated beast – the many effects and variants of which baffle people, and that rules around it can be contradictory.

Victoria, for instance, has been quick to close hardware stores deeming them non-essential. Yet, New South Wales has kept them open, stating they are indeed essential and they’re not the real problem anyway with most cases in households and essential workplaces.

If even the states can’t agree on what is risky when it comes to Covid, what hope do the rest of us have?