Home » COVID-19 goes from bad to much, much worse in new action film 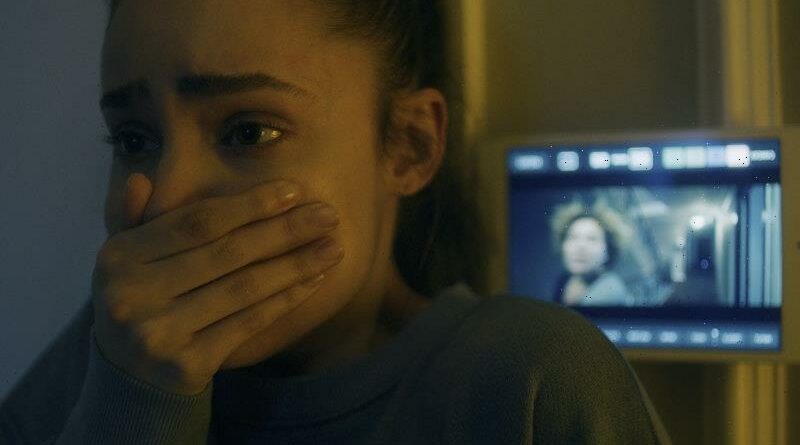 Imagine if the pandemic got worse. Yes, I know, it’s a mindbending concept, but hear me out. Perhaps there’s a new strain, call it COVID-23, and it goes airborne. The death rate skyrockets, and within a few years everyone in the US is in enforced lockdown, aside from soldiers, crooks and those who have recovered from the virus and are now immune. 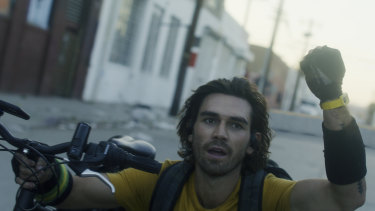 Motorcycle courier Nico (KJ Apa) is one of the few souls allowed outside as a pandemic takes over.

Tagged with special bracelets, the “munies,” as they’re known, work as couriers and lead solitary lives apart from society, like lone cowboys, or hitmen in movies about hitmen. Meanwhile, the infected are hauled off to concentration camps where they’re left to rot. The rest of the world? Well, probably there’s bad stuff happening there too.

This is the premise for Adam Mason’s Songbird, a film that feels both inevitable and surprising. That is, surprising that it got made, and not just because the shoot occurred in Los Angeles in the middle of 2020, when the movie business had otherwise ground to a halt.

Truth be told, I can picture half the screenwriters in Hollywood spending their downtime working on versions of this thing, but I can picture an equal number of money people shaking their heads. The man to thank is producer Michael Bay, the mastermind behind the Transformers films, who has never let himself be held back by considerations like taste or good judgement.

That said, Songbird is far from anything Bay himself would have directed. There’s a certain amount of action, but lavish spectacle this is not. Rather, it’s a tepid, abbreviated example of the so-called “network film,” in which parallel sub-plots illustrate how we all lead separate lives of quiet desperation but are mystically connected.

This is a form especially associated with a Los Angeles setting – and with the 1990s and early 2000s, from Robert Altman’s Short Cuts through to Magnolia and Crash. But it seems ripe for reinvention in light of the pandemic, especially since new communication technologies have meanwhile multiplied the ways that filmmakers can bring people together while keeping them apart.

Songbird does something to exploit these possibilities, though not enough to compensate for the absence of interesting characters or much of a story. Near the centre of the web of lonely souls is dreamy young motorcycle courier Nico (KJ Apa) whose relationship with his artist girlfriend Sara (Sofia Carson) is as charged as it can be given that it’s restricted to FaceTime, or exchanging sweet nothings from either side of a door.

Nico’s work connects him with Piper (Demi Moore) who runs a scam peddling phony immunity bracelets, but is redeemed by her concern for her young daughter (Lia McHugh) who has an autoimmune disorder.

Piper’s less sympathetic partner in crime is her husband William (Bradley Whitford), who uses his phony immunity to cheat on her with May (Alexandra Daddario), a YouTuber whose fans include Michael (Paul Michael Hauser), a wheelchair-bound surveillance expert who monitors couriers like Nico via drone. 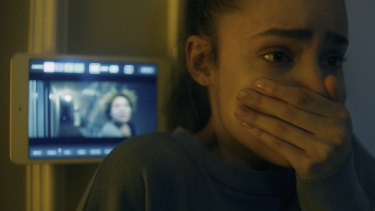 You get the picture. Though in a sense none of us are getting all of it, since reports indicate that after the shoot Bay stepped in to cut the film down to a tight 85 minutes from its original sprawling running time.

As a comment on the actual pandemic, Songbird is highly equivocal: perhaps this too can be attributed to Bay, who packs his films with mixed messages. The notion that the “munies” are a new elite is broached but defused, since it’s put in the mouth of the main villain (Peter Stormare, giving a very ’90s show of eccentricity, all hand gestures and weirdly emphasised line readings).

What can be said is that the film is not a polemic about the wisdom of trusting in authority, nor about the importance of masking. Indeed, we see so little of the actual effects of the disease there’s room to wonder if within the fiction this deadlier version of COVID exists in quite the way it’s said to.

On the other hand, the message about the valuable work done by couriers is hard to quarrel with, however cornily it’s expressed. “I realise now we weren’t just delivering packages. We were delivering hope.” Actual dialogue, folks, from an actual movie released in 2021.