Home » Lifestyle » CRAIG BROWN: A toupee with a life of its own? Titter ye not!

CRAIG BROWN: A toupee with a life of its own? Titter ye not!

Death has its draw­-backs, particularly for those whose toupees survive them.

Recently, an auction house in Bristol sold off a number of items that had once belonged to Peter Wyngarde, the smoothie actor who played the moustachioed detective Jason King in the TV series of the same name.

The lots at the auction included Wyngarde’s snake-skin jacket, his purple-shaded sunglasses, his childhood teddy bear and his silk kaftan smoking gown, as well as his trophy for the ‘Best Dressed Personality of 1970’, which he had won against stiff competition from Cliff Richard and George Best. 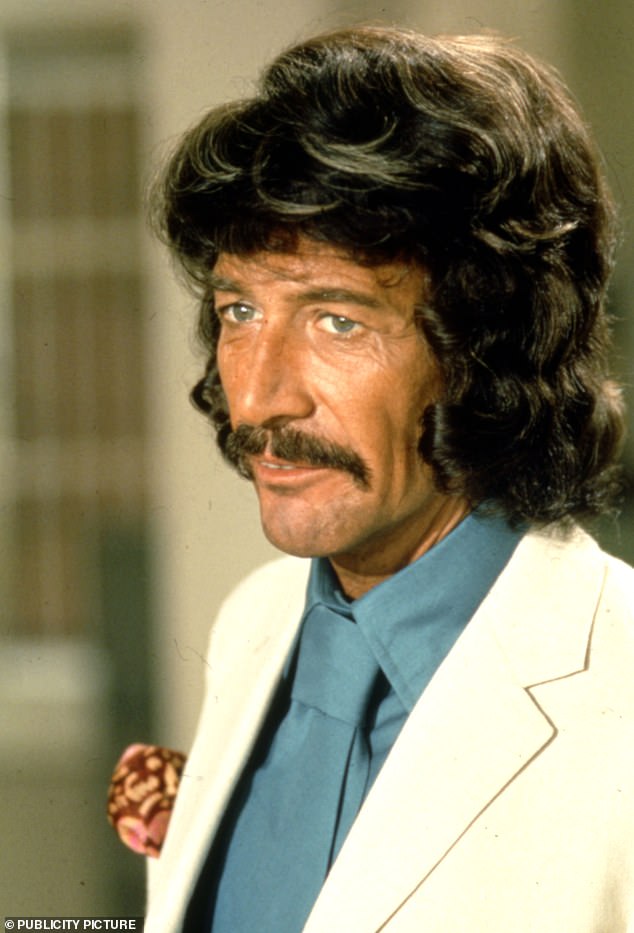 Recently, an auction house in Bristol sold off a number of items that had once belonged to Peter Wyngarde, the smoothie actor who played the moustachioed detective Jason King in the TV series of the same name (pictured)

Yet the most memorable item in the auction was Lot 190, sheepishly described by the auctioneer as Wyngarde’s ‘personal toupee… with a fine mesh base .

Supplied within its original box, addressed to Wyngarde at his personal residence. A rare item from the Peter Wyngarde estate’.

One customer was prepared to buy it for £170, so we must trust that it went to a happy home, or even a happy head.

But Wyngarde was a fastidious man and not the sort of person who would have wanted his toupee put under the gavel.

I felt the same sense of squeamishness on behalf of Frankie ­Howerd. In life, the great comedian was always embarrassed by his baldness, so took to wearing a singularly ill-fitting toupee.

‘He was the only one convinced that it was practically impossible to see the join,’ observed his biographher, Graham McCann.

‘Even Max Bygraves, one of his oldest most trusted confidants, had to pretend not to notice every time a gust of wind caused the hairpiece to hover slightly over Howerd’s head.’ 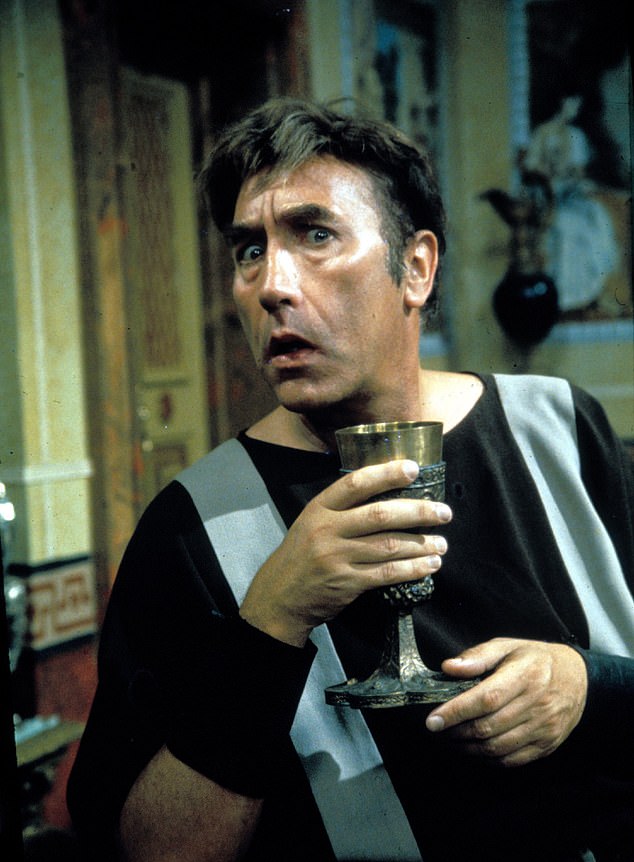 A few years after Frankie ­Howerd (pictured) died, his house in Somerset was opened to the public

Barry Cryer was not alone in thinking it had a life of its own.

‘Frankie used to scratch the back of his head when he was talking to you sometimes and it would go up and down like a pedal bin.’

A few years after Frankie ­Howerd died, his house in Somerset was opened to the public.

Along with his furniture and his various artworks, his toupee was placed on display, perched on his old dressing table for visitors to gawp at.

The pop artist Andy Warhol, a year younger than Peter Wyngarde, was another closet toupee wearer.

The victim of alopecia, he was always embarrassed at being bald, particularly in the Sixties, when hair was all the rage.

He owned four toupees, each slightly different. One of his helpers claimed to be able to gauge Warhol’s mood by his toupee.

‘The messy one was supposed to indicate he was in a bad mood and not to be approached.’

One day, a friend sneaked a peek into the little case that Warhol took with him everywhere, and spotted a pair of scissors and a roll of Johnson & Johnson medical tape.

‘So that’s how he attaches his toupee,’ he thought. 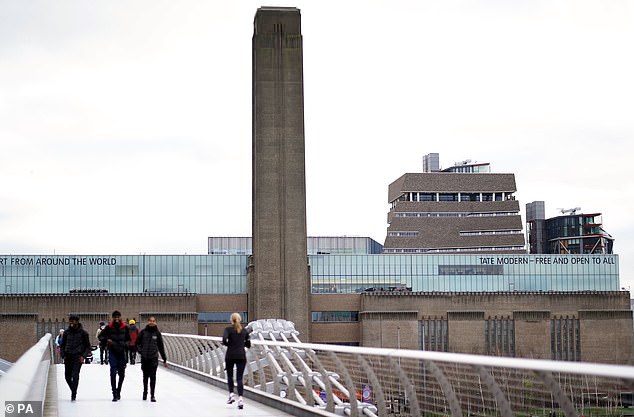 Back in March, Tate Modern in London (pictured) opened a ‘major retrospective’ of Warhol’s art, which included his four toupees laid out in a display cabinet for all to see

The same friend rode with him on the rollercoaster at Coney Island in 1963, and looked back to see Warhol’s toupee lifting off his head in the wind.

‘It’s gonna come off!’ But it stayed put, thanks to the adhesive powers of Johnson & Johnson.

I remember sitting immediately behind Warhol in a mini-bus on the way to Oxford in 1980, and being captivated by the tell-tale gap between his hair and his head.

His wide-eyed biographer, Blake Gopnik, believes that ‘the way he camouflaged his baldness had a touch of genius’.

But to me, it was more like a touch of ineptitude. A nd now, like Peter and Frankie, Warhol must suffer the posthumous indignity of having his toupees on public display.

Back in March, Tate Modern in London opened a ‘major retrospective’ of Warhol’s art, which included his four toupees laid out in a display cabinet for all to see.

No sooner had the exhibition opened than it closed, due to coronavirus.

But the ghosts of Warhol’s blushes have not been spared: you can still see the toupees online, in a short film on the Tate’s website.

Between the two curators saying that this-or-that work is ‘extraordinarily powerful’ — the catch-all term of praise in the art world — they start cooing over his toupees.

‘In the late Fifties, he starts to wear a toupee,’ one of them says, ‘which then becomes this very iconic silver wig.’

Poor Peter! Poor Frankie! And now, poor Andy! Is it not time we let their toupees rest in peace? 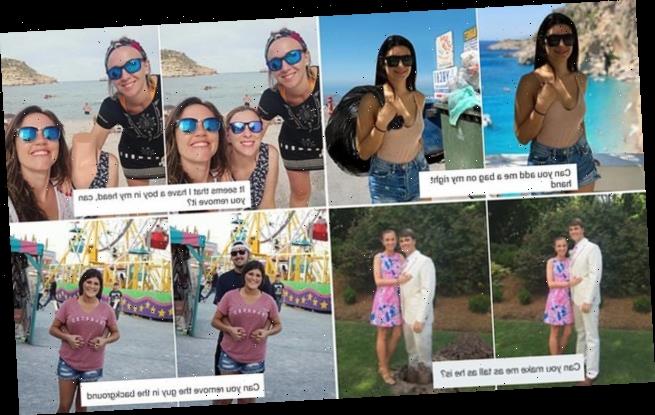