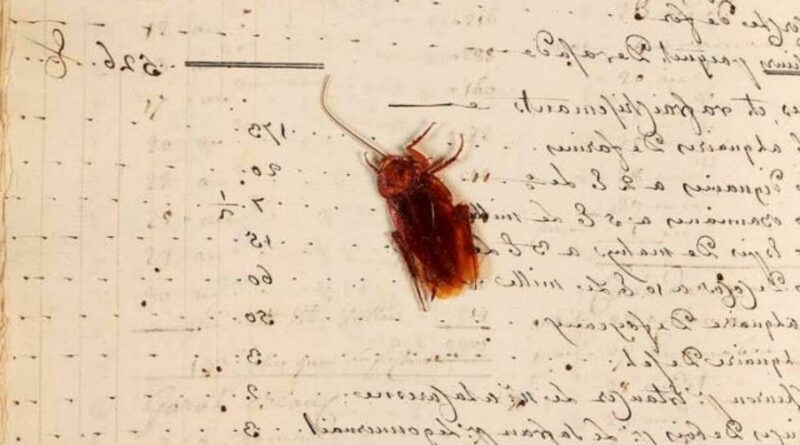 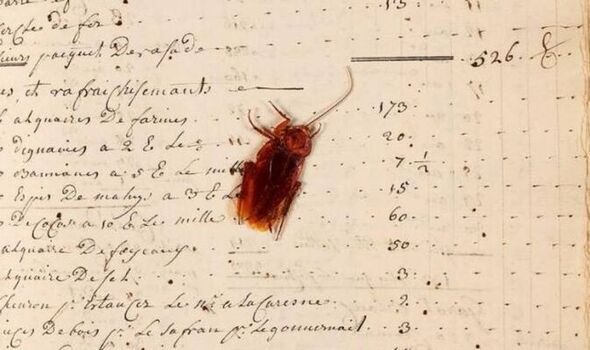 The bug had crept aboard French-owned vessel Societe off the coast of Africa in about 1742. The ship was seized by a British naval vessel and her entire contents – dead cockroach and all – were brought to London as proof of capture.

The documents were recently handed to the National Archives in Kew, south-west London, where their surprise occupant was uncovered by senior researcher Oliver Finnegan.

Oliver, the archives’ prize papers record specialist, said the stowaway was perfectly preserved by the microclimate inside the old pages.

He said: “As I was going through this particular ledger it just sort of popped out. Initially, I didn’t know what it was. It is quite large.

“When you find something unusual it just jumps out on you. Cockroaches of that kind are not something you find so much in this country.”

The archives’ conservators were able to identify the insect as a male cockroach with the Latin name Periplaneta americana.

Despite its name, it was an African species which spread across the globe by infesting ships engaged in the slave trade.

Experts from the Natural History Museum have now advised the Kew archives staff on how to mount the cockroach with pins in a bespoke display box.