MAKE a meal of British Food Fortnight – and give a helping hand to UK producers.

It’s a chance to support our farmers and shops and cut the carbon footprint of the food on your plate. 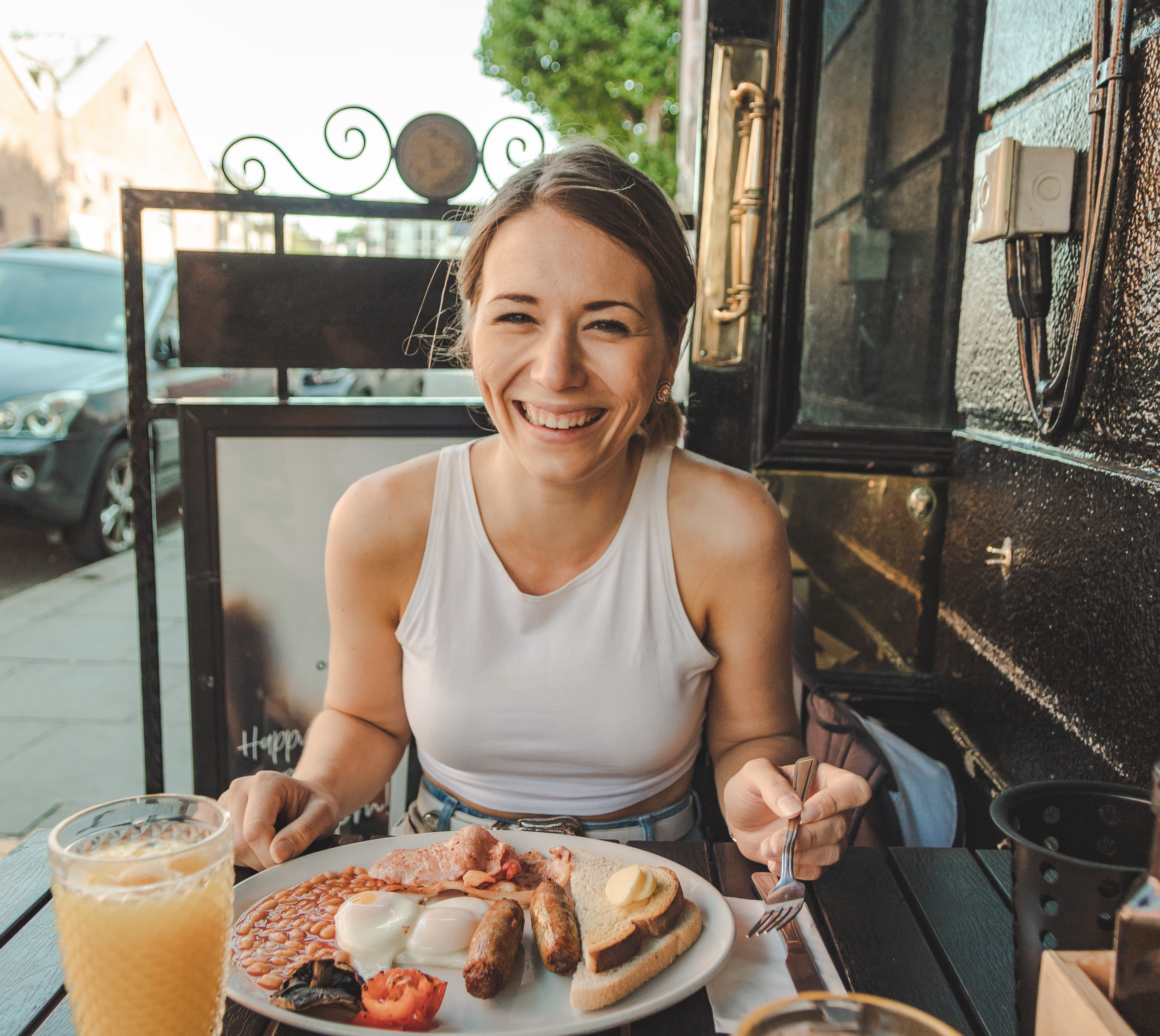 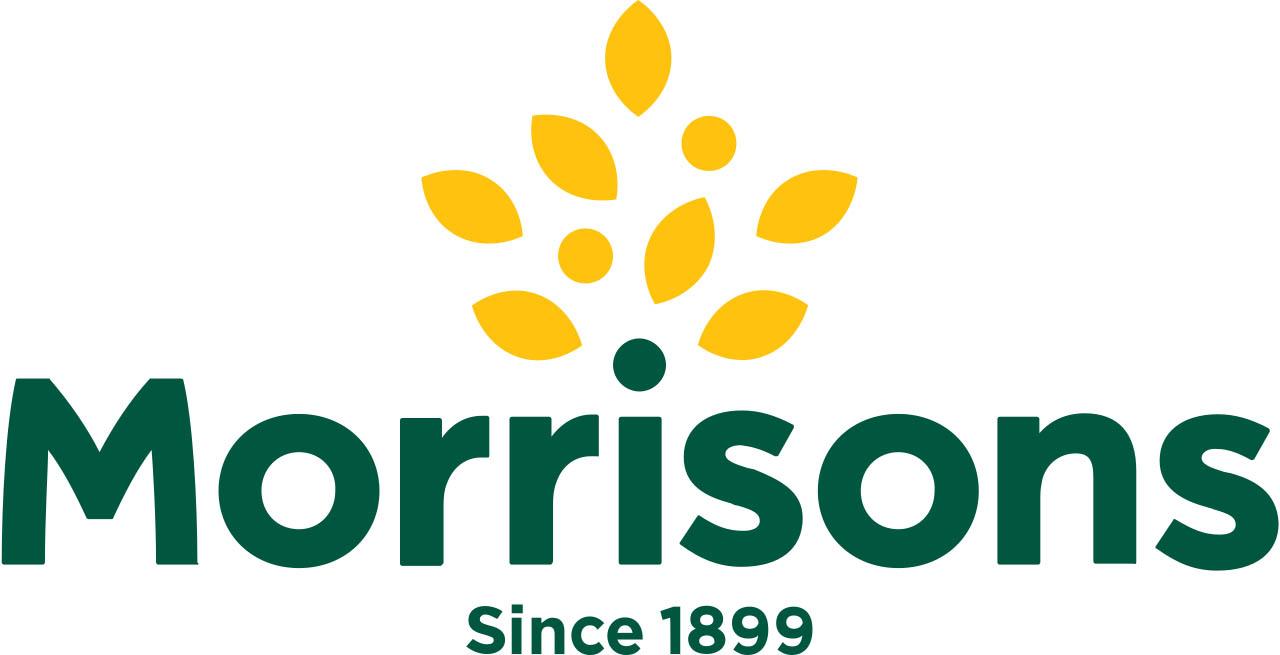 The annual celebration of British food and drink runs until October 6.

Today, we show how you can enjoy the best of it with these great buys on the shelves this week.

And cook up some classics from morrisons.com, using the best of British seasonal food and the recipes below.

THERE are around 700 named cheeses made in the UK – so go crackers for this selection. 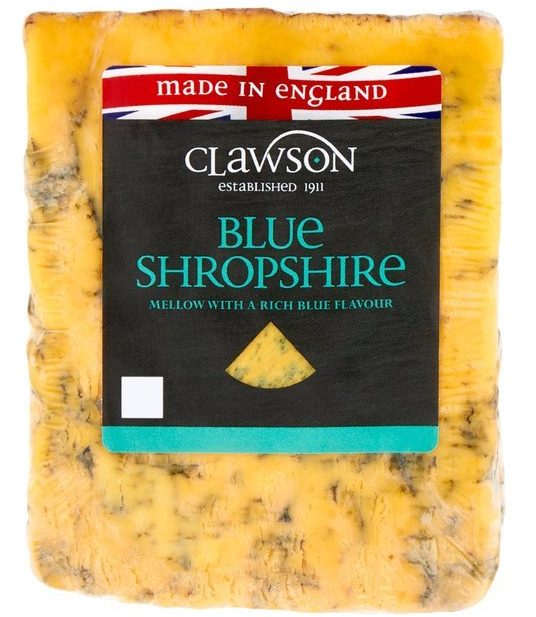 NOW is the time to dig up the best of the British harvest. 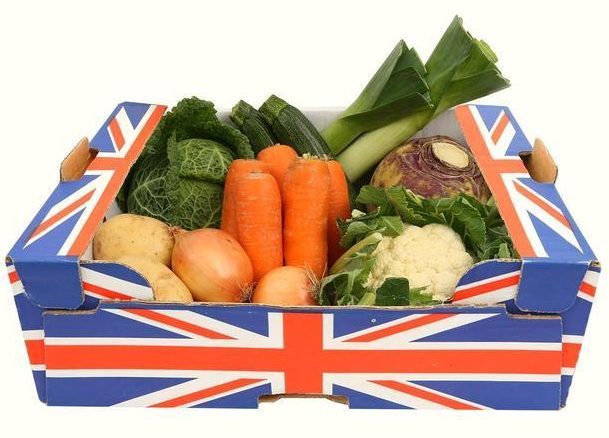 TUCK into some of the stand-out names that hail from our isles.

BUY British because . . . you will be supporting farmers whose work helps to keep the our countryside the way we want it to look.

You will help the economy – everyone from the farmer to those who work in food processing and the shops selling the food.

British produce has a lower carbon footprint than most imported foods.

Eating British fruit and vegetables in season means you get the nutrients, minerals and trace elements our bodies need at particular times of the year.

British meat is produced to some of the highest welfare standards in the world. 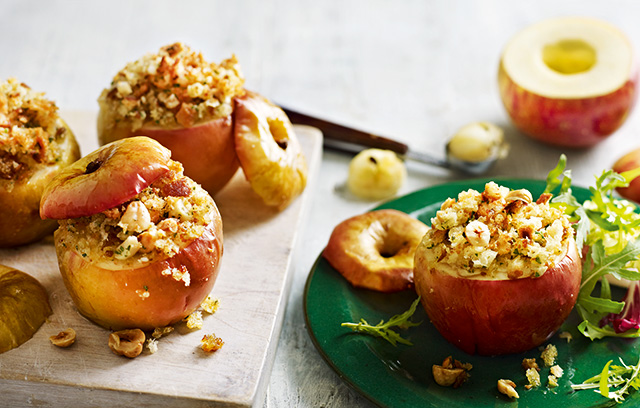 Method: Preheat the oven to 180C/160C fan/gas 4. Cut the top off four apples and use a spoon to scoop out the core, leaving the apple whole.

Take a small slice off the bottom of each apple so it will sit securely. Rub all the cut apple pieces with the juice of half a lemon. Prick the apples a few times with a fork, then rub over 1 tbsp extra virgin olive oil.

In a bowl, mix together the rinded goat’s cheese and red onion and season.

Stuff this into each apple and stand them in a baking dish.

Place the chunky fresh breadcrumbs in a bowl with 1 tbsp extra virgin olive oil and the hazelnuts.

Season and mix, then press this over each apple.

Replace the apple tops and roast for 25 minutes until golden. After 15 minutes, take the tops off so the breadcrumbs can brown. Serve with mixed salad. 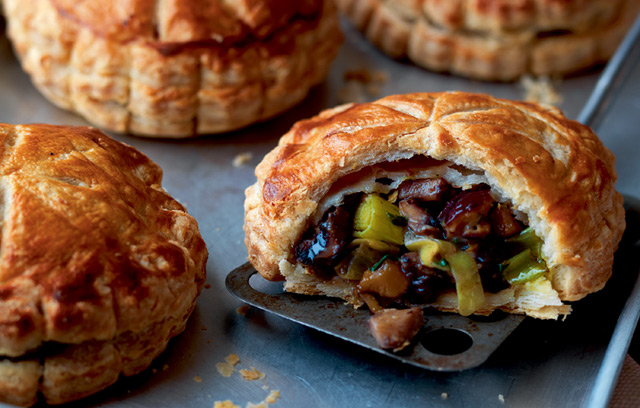 Roll out the pastry on a lightly floured surface and stamp out 12 x 9cm discs.

Dampen the edges of six pastry discs with a little beaten egg then spoon equal amounts of the filling on to each one.

Press a disc of pastry (the lid) over the top of each filled “base” to create six pies – press the edges down well to seal. Cook for two minutes then remove from the heat and mix in the creme fraiche and season.

Using a knife, make a pattern around each top and lift the pies on to a baking sheet. Brush with beaten egg and bake for 30 minutes until the pastry is risen and golden.