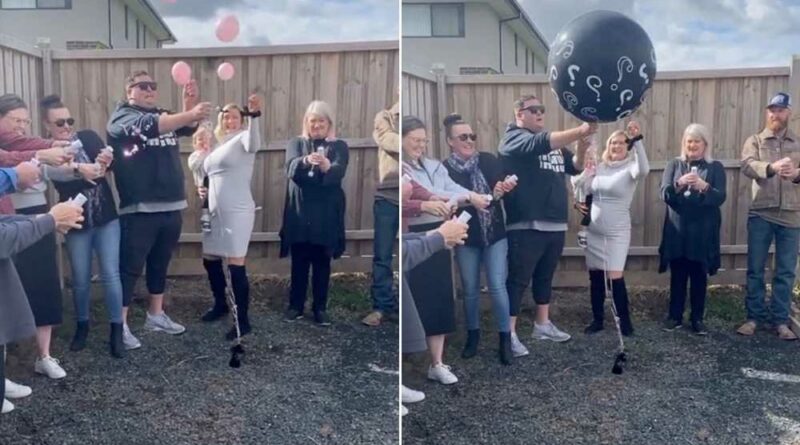 ‘They’re laughing at us like never before’: Trump mocks Biden for ‘PC’ military

A father-to-be proved himself the biggest baby at his future child’s gender reveal.

A viral TikTok video from this spring has captured the moment a dad learned that his unborn kid will be a girl — a fact he seems not very happy about.

While the rest of the crowd present erupts in cheers as a pregnant woman pops a balloon covered in question marks — that proves to be filled with smaller pink balloons, revealing that the woman will be having a daughter — the father has quite a different reaction. “Son of a bitch,” he appears to scream, throwing down the balloon’s strings in frustration and turning away from the party guests, all smiling but him.

The reaction is certainly not the best, but other recent gender reveals have gone up in far bigger flames.

Earlier in April, a particularly rambunctious gender reveal in New Hampshire shook homes in neighboring towns, was felt across state lines and prompted earthquake concerns, because it caused such a huge blast. It turns out, revelers had detonated 80 pounds of Tannerite to celebrate the fact that the baby was a boy.

“We heard this God-awful blast,” neighbor Sara Taglieri told NBC 10 Boston. “It knocked pictures off our walls . . . I’m all up for silliness and whatnot, but that was extreme.”

The woman behind the fad has begged people to be safer.

“For the love of God, stop burning things down to tell everyone about your kid’s penis. No one cares but you,” the parenting blogger credited with inventing the baby-reveal trend wrote last year. “