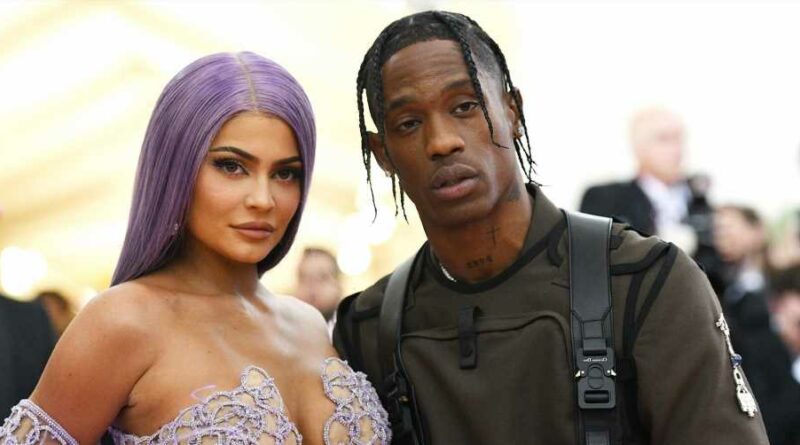 Keeping it low-key. Hours after Us Weekly confirmed that Kylie Jenner and Travis Scott were expecting their second child together, the 30-year-old rapper kept a low profile while out-and-about in New York City.

Kylie Jenner and Travis Scott: A Timeline of Their Relationship

The “Out West” musician took a walk alone in the city on Friday, August 20, according to photos obtained by the Daily Mail. He wore a pair of light-wash jeans, white and green sneakers, a black baseball cap and a graphic tee from the 1997 Disney film, Flubber.

The “Sicko Mode” performer, who has not publicly commented on the 24-year-old reality star’s pregnancy, kept his head down while walking.

Multiple sources confirmed to Us earlier that day that the Kylie Cosmetics founder was expecting her second child.

Signs that Kylie Jenner Was Pregnant With Baby No. 2, According to Fans

“She has been trying for almost two years to get pregnant,” an insider said. “She has always wanted another kid close to Stormi’s age.”

The pair previously welcomed their 3-year-old daughter Stormi in February 2018 after initially keeping the duration of Jenner’s pregnancy under wraps.

“I’m sorry for keeping you in the dark through all the assumptions,” the Kylie Swim designer wrote on Instagram at the time. “I understand you’re used to me bringing you along on all my journeys. My pregnancy was one I chose not to do in front of the world. I knew for myself I needed to prepare for this role of a lifetime in the most positive, stress free and healthy way I knew how. There was no gotcha moment, no big paid reveal I had planned. I knew my baby would feel every stress and every emotion, so I chose to do it this way for my little life and our happiness.”

The reality star concluded her post, “My beautiful and healthy baby girl arrived February 1st and I just couldn’t wait to share this blessing. I’ve never felt love and happiness like this I could burst!”

Nearly a year after Stormi’s birth, another source revealed to Us that the E! personality “definitely” wanted to have more children in the future.

Kardashian-Jenner Family: A Guide to the Fathers of Their Kids

“She loves being a mother and at this point feels comfortable with being a parent,” the source explained. “[She] would love to bring more kids into the world and into her and Travis’ life [and] give Stormi a sibling.”

The entrepreneur first started dating the Texas native in 2017 before their split two years later. “Travis and I are on great terms and our main focus right now is Stormi,” Jenner tweeted in October 2019. “Our friendship and our daughter is priority.”

The pair eventually reconciled earlier this year. In June 2021, the couple walked the red carpet together for the first time since getting back together. Daughter Stormi joined the pair at the 72nd annual Parsons Benefit in New York City.

During the event, the musician accepted an award and thanked his family. “Stormi, I love you, and wifey, I love you,” he reportedly said during his speech, according to E! News at the time.