The Petwood Hotel: Home of the Dambusters

During his remarkable life Fred Vinecombe survived the Spanish flu pandemic and the Second World War, during which he played a part in the famous 1943 raid to destroy German dams. The father of two, one of Bomber Command’s oldest living members, was eventually shot down in France. He spent time as a prisoner in the notorious Buchenwald concentration camp near Weimar, Germany, and returned to the UK weighing just six stone.

Fred celebrated his birthday with daughter Denise Williams 68, on Wednesday.

He says he still feels like he did in his 20s. His family say that despite being vulnerable to coronavirus he is in remarkably good spirits.

But he misses his regular shopping trips which he was forced to give up because of the pandemic.

Fred, who worked until he was 80, takes no medication but uffers from the eye condition macular degeneration. He lives independently in a complex in Plympton, Devon. 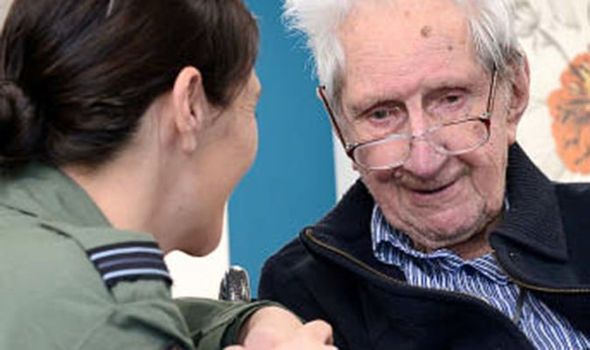 Last year he spent his 105th birthday surrounded by family and friends, and celebrated with a military choir, but with restrictions in place things were a lot quieter this year.

Denise, who has formed a Covid bubble with her father, said: “He is doing extremely well and we are being so careful due to the pandemic.

“He is just incredible for his age. He would always be up for a trip to the supermarket when my car was parked outside and hopefully we can get back to that.”