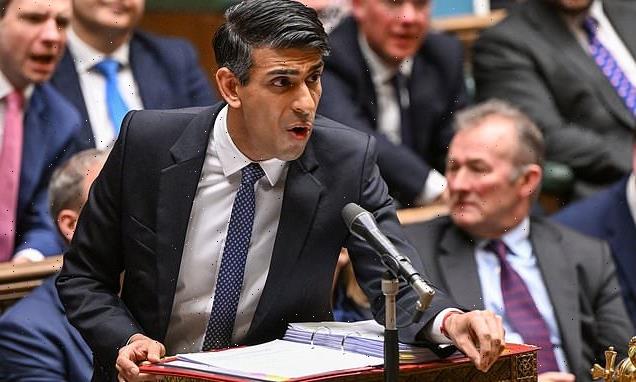 DAN HODGES: There was just one problem with Rishi’s vow to crush strikes. It was a bluff. And the unions knew it

Who governs Britain? Back at the start of December, Rishi Sunak thought he did. ‘The Government has been reasonable,’ he told the House of Commons. ‘It has accepted the recommendations of an independent pay body, giving pay rises in many cases higher than the private sector.

But if the union leaders continue to be unreasonable, it is my duty to take action to protect the lives and livelihoods of the British public.’

The message was clear. If the unions wanted a fight, the Prime Minister was up for it. There would be no further concessions on pay. Ministers would not even be drawn into haggling. If union bosses didn’t call their militant members to heel, tough new legislation to break the strikes would be rushed through ‘at speed’.

There was just one problem. Rishi Sunak was bluffing. And the unions knew it. 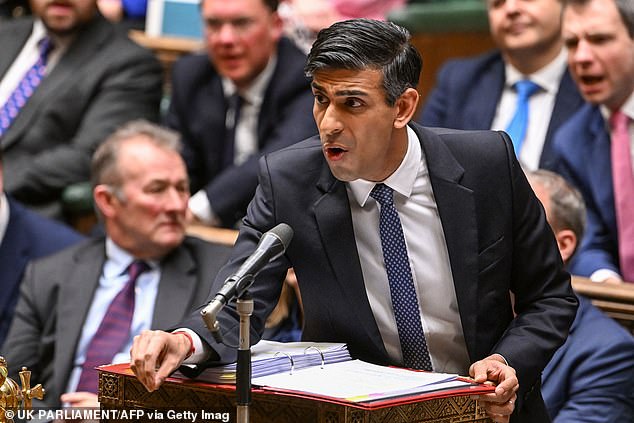 Who governs Britain? Back at the start of December, Rishi Sunak thought he did writes DAN HODGES

‘The big issue was the Government thought the public would turn against us,’ one union official explained. ‘But we were confident that wouldn’t happen – and it hasn’t happened. Our members have been getting massive support. They’ve got people cheering them and honking their horns. It’s been very clear from the beginning that Ministers were going to have to move.’

Last month those Ministers confidently boasted that they would take a bold stand against the Winter of Discontent. This morning, they’re in total retreat.

The first climbdown has come over negotiations. Just before Christmas, the Royal College of Nursing announced that it would ‘pause’ its proposed strike action if the Government agreed to face-to-face talks. The offer was rejected.

‘There is a system [for resolving pay disputes] and we have to respect that,’ the Government insisted. But now that system has been junked. Every government department in sectors involved in pay disputes has been instructed to write to the relevant unions, offering direct talks.

Sunak, who had vowed not to let RMT leader Mick Lynch darken his door, suddenly announced he wanted to have ‘a grown-up, honest conversation with all union leaders about what is responsible, what is reasonable, and what is affordable for our country’.

The second capitulation has been on the pay settlements themselves. In December, the Prime Minister was again clear and uncompromising. The biggest danger facing the economy was inflation, he warned. As a result, the recommendations of the independent pay review bodies had to be respected. 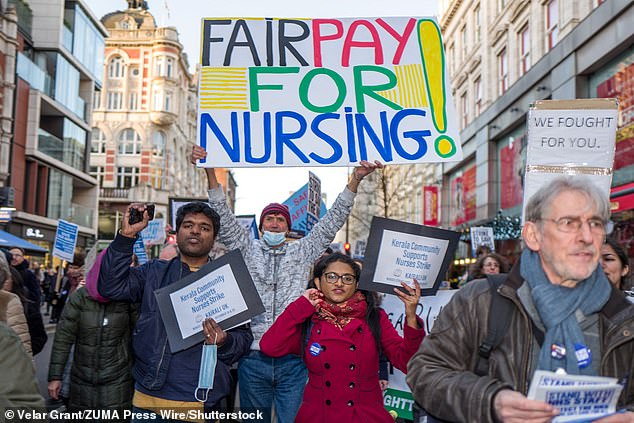 Just before Christmas, the Royal College of Nursing announced that it would ‘pause’ its proposed strike action if the Government agreed to face-to-face talks. The offer was rejected 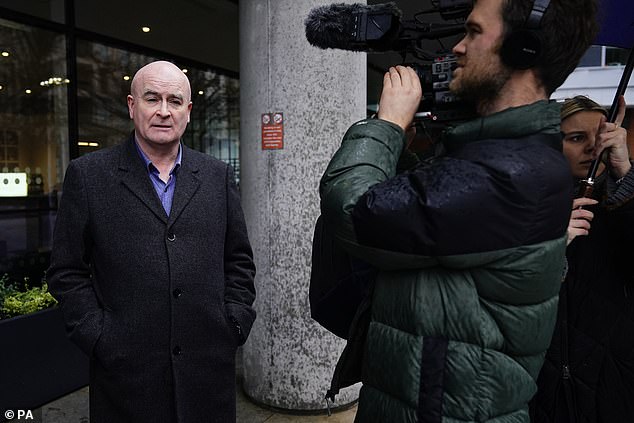 Sunak, who had vowed not to let RMT leader Mick Lynch (pictured) darken his door, suddenly announced he wanted to have ‘a grown-up, honest conversation with all union leaders about what is responsible, what is reasonable, and what is affordable for our country’

‘If we get it wrong and we’re still dealing with high inflation in a year’s time, that’s not going to help anybody,’ Sunak told the Commons Liaison Committee.

He added: ‘I don’t want to see that, I want to see things get back to normal, and that’s why having an independent pay process is an important part of us making those decisions and getting them correct.’

But last week Downing Street let it be known that the Prime Minister was considering a ‘one-off payment’ to break the deadlock in the nurses’ dispute. At the same time, the Rail Delivery Group, which represents train operators, announced it had been given a ‘revised mandate’ from Ministers to allow it to settle the dispute with the TSSA and RMT rail unions.

And then there was the final U-turn – on the ‘tough and speedy’ legislation that was supposedly going be used to break the strikes.

On Wednesday, Health Secretary Steve Barclay was despatched to tour TV studios to explain precisely what this legislation would involve.

Would it even prevent any strikes, he was asked.

No, he replied, it would simply ensure a guarantee of a minimum service level of the sort the nursing unions had already committed to.

Would anyone actually be prosecuted using the legislation? Barclay was unable to answer. How long would it be before the legislation would be on the statue book? At least six months, he revealed. 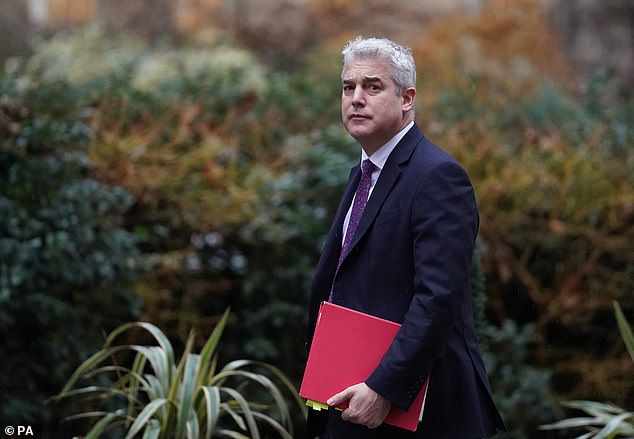 On Wednesday, Health Secretary Steve Barclay was despatched to tour TV studios to explain precisely what this legislation to break the strike action would involve

For the past month and a half, Rishi Sunak and the country’s union leaders have been eyeball to eyeball. And the Prime Minister has just blinked.

He and his Ministers have finally dumped the conceit they have no role to play in managing the myriad disputes, or negotiating a settlement to them.

They have junked the pretence that they are not prepared to allow pay offers above those recommended by the disparate pay review bodies. And they have abandoned the charade they were prepared to send police horses charging into lines of picketing cancer nurses in a demonstration of Prime Ministerial machismo.

So what exactly is the benefit – economic, industrial or political – of extending this Winter of Discontent into the spring or summer?

Sunak opted to take the fight to the unions. The unions have him beat. And there is now zero upside for him – or the country – in trying to pretend otherwise.

Inside Downing Street there is still hope of somehow finding a face-saving compromise. Sunak’s friends point to public support for minimum service guarantees. And they believe that public sympathy for the nurses does not automatically extend to other unions.

‘Not all the disputes are the same,’ a Sunak ally explained. ‘We’re still trying to find as much common ground as we can, and we recognise each situation has to be handled differently.’

But however they’re handled, there is only going to be one winner. The unions. 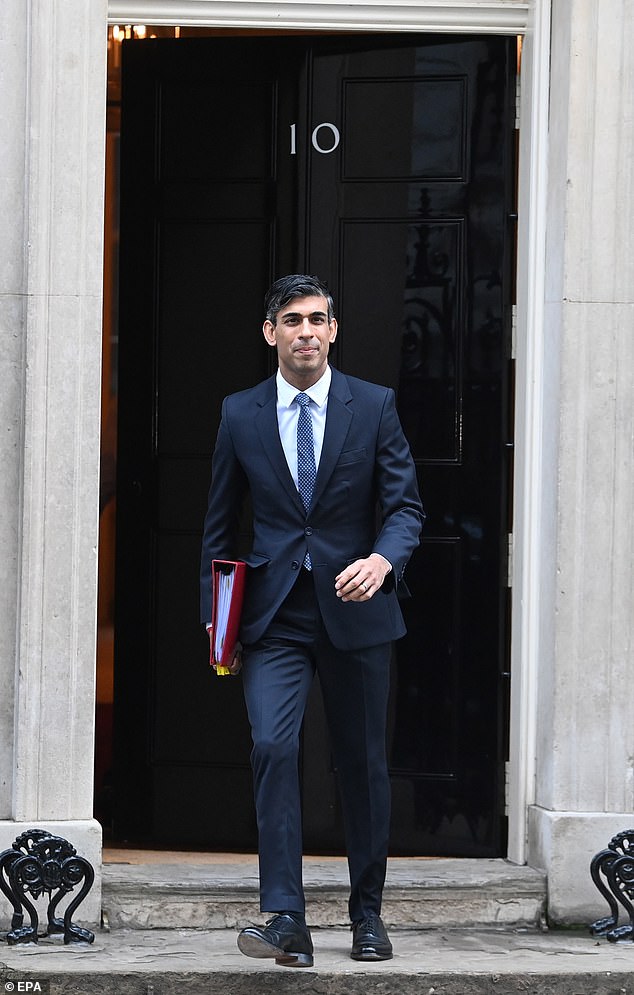 The brutal fact is that Sunak doesn’t have the political capital required to emerge victorious from a protracted dispute with the nurses and their allies.

Significantly, too, there is growing frustration and concern on the Tory backbenches that the limited goodwill they and their party retain with the voters could be squandered on prolonging unrest in hospitals, schools and on the railways.

‘I’m queasy about all this,’ one normally loyal MP admitted to me. ‘I don’t think we can give people 19 per cent pay rises. But, equally, looking like we’re trying to crush the unions for political reasons doesn’t sit well with me.’

Or with the voters. Although support for the RMT slipped marginally after their unnecessarily vindictive attempt to derail Christmas, public backing for nurses and ambulance workers is about 60 per cent. By comparison, the Conservative Party reckons it’s having a good day when its own support breaks 30 per cent.

Inside the Cabinet there are still one or two hold-outs who cling to the fiction that some sort of line can be held. ‘There’s talk about maybe hanging on until the Budget in March,’ one Minister revealed, ‘and Jeremy Hunt is still insisting that any extra pay for nurses has to come from existing budgets.’

But this is just wishful thinking. Sunak’s brand – to the extent he has one that’s recognisable to the British people – is that he is the man who will bring order to the chaos. And having conceded on the principles and practicalities of higher public sector pay settlements, there is no point in him letting the industrial strife continue for several more months. Nor is there any point in pretending that with the NHS seen to be in crisis, he and his Chancellor can play the politics of robbing paediatrics to pay Paul.

In last week’s chillingly robotic address to the nation, the Prime Minister intoned: ‘I’ve immediately set in train a new approach, and taken the best of our experience from fighting Covid to reduce NHS backlogs and get patients treated quicker.’

But there’s no way he can deliver on that pledge while doctors, nurses and ambulance drivers stand outside A&E departments, chanting: ‘You clapped for us during Covid, so why are you now threatening to sack us?’

Who runs Rishi Sunak’s Britain? Simple. The unions do.