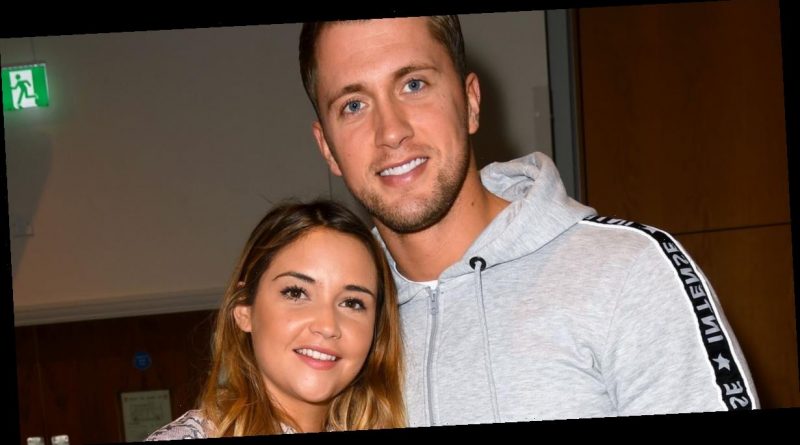 And since their move they’ve been hands on with the renovation process, from ripping out their garden to telling fans they’ll be ripping the kitchen out.

“It’s a new start,” a source told new! magazine. “It’s a project they can do together, create that family home and try to push away all the negativity that comes from the past. It’s all just a good positive start for them both. You move house to start afresh and they can get away from all the bad memories.”

And included in that fresh start is going to be a very stylish cinema room, Dan revealed on their home Instagram account.

In the snaps, the large room has a lot going on, with Harbour Automation putting in the building blocks to create the impressive new space.

The room looks set to have a huge screen in, and also in shot are cosy, leather chairs which look perfect for reclining in.

Dan also showed off state-of-the-art cinema equipment and wires everywhere, showing the showbiz couple are going all in with the room.

The walls and ceiling are painted dark too, so it’ll be the perfect, cosy environment to grab the popcorn and watch a movie in.

Dan is also planning to build a lego room at the front of the house, and he showed the space being brought to life.

“New and improved lego room pending,” he wrote, while showing various tables which have been fitted into the space.

After moving in, Jacqueline was quick to tour her thousands of Instagram followers around the space.

“There’s so much to do, I feel slightly overwhelmed,” she told fans as she showed fans the huge kitchen.

She explained it needs some “tender-loving care” while revealing a problematic tap and a broken kitchen island.

The kitchen is huge, with shiny grey cupboards spanning the space and state-of-the-art appliances, and Jacqueline told fans they plan to completely refurb the home.

Next, the 28 year old took fans into the garden and told followers on her home account that it was “so much worse than [she] remembered.”

Telling fans it’s “going to be so nice,” the garden is another area which Jacqueline plans on restoring to its former glory.