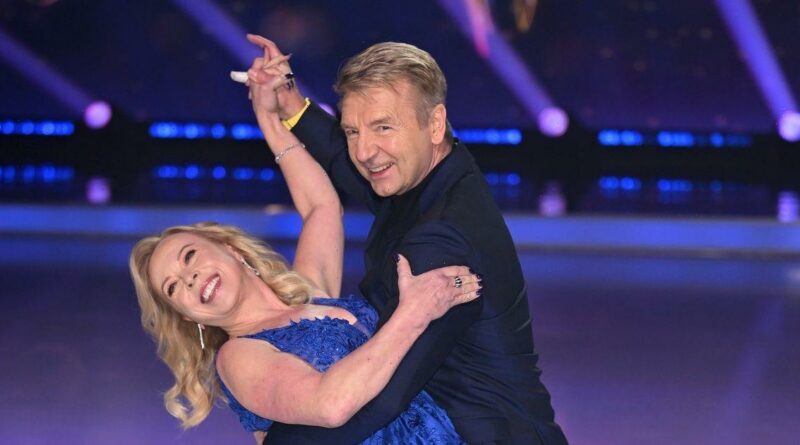 ITV's hit series Dancing On Ice returns, combining the grace of figure skating with the chaos of celebrity amateurs.

The brand new series will see a whole new cast of celebrities take to the ice to compete for the trophy in front of ice skating royaltyJayne TorvillandChristopher Dean.

Dancing On Ice made its debut in 2006, and in its 17 year history has had its fair share of shocking moments. Here we take a look back at some of the most notable.

Competing in the eighth series of the competition in 2013, the former Baywatch star was one of the biggest celebrities to ever appear on the show.

Although she received praise from the judges, Pamela was unable to wow the viewers at home with her skating prowess, and in the first week landed in the bottom two.

Her second performance, however, went from bad to worse as the star experienced a serious wardrobe malfunction when her dress fell off.

EastEnders actor Todd Carty appeared on the fourth series in 2009 and , after failing to impress the judges with his first two routines, completely lost control during week 3.

During his routine, the former Grange Hill star stumbled and then slid entirely out of shot of the cameras into the backstage area, leaving the judges, audience and viewers at home in hysterics.

His partner Susie Lipanova finished the routine alone on the ice, with the actor making his way back onto the rink for the final pose.

Despite his impressive performance overall, disaster struck during one rehearsal where David dropped his partner Pam O’Connor face-first onto the ice while attempting the dreaded “headbanger”, resulting in the skater requiring stitches.

Unfortunately that wasn’t the only move David botched during his stint on the ice, also dropping his replacement partner, Natalia Pestova, during another lift.

Fans of Towie were ecstatic when Gemma Collins was announced to appear on the show's eleventh season in 2019.

However, rumours about her behaviour off screen began to circulate thanks to comments made by judge Jason Gardiner.

Jason dragged Gemma's routine to Diamond's Are A Girl's Best Friend, however, Gemma did not take the choreographer's remarks lying down. The two exchanged heated words after the reality star accused him of "selling stories'' about her. She also blamed him for her lack of confidence.

Dismissing Jason’s attempts to defend himself, Gemma loudly exclaimed: "Boring … Next," starting a shouting match which forced hosts Holly Willoughby and Phillip Schofield to step in.

The following week saw Gemma attempting to up her game to Celine Dion's hit track, It's All Coming Back to Me Now. However, Gemma's ice-skating dreams ended here as the reality TV star slipped and crashed onto the ice in dramatic, and memeable, fashion.

Jason Gardiner pushed the boundaries, even for him, in the 2011 series, beginning with his criticism of the military figure Johnson Beharry.

As a result, the studio descended into mayhem with the head coach, Karen Barber, who had just vacated a panel seat, objecting to his remarks and accusing the dancer of being too harsh.

Karen was so enraged that she walked up to the judge's bench to address the controversial character when Jason retaliated: "If your opinion mattered, you'd still be on the panel."

Later in the series, contestant Denise Welch received similarly harsh criticism from Jason, resulting in her husband Tim Healey getting up from his seat in the audience and storming towards the stage. Tim began berating Jason up close and personal, leaving Denise’s partner Matt Evers in hysterics.

Hollyoaks actress Stephanie Waring was eliminated early from the competition in a shock decision, after finding herself in the bottom two despite receiving higher scores than singer Cheryl Baker, Corrie stars Anthony Cotton and Brooke Vincent.

Viewers at home were suspicious of the decision to send her home, subsequently claiming the competition had been fixed.