Chippendales has always been a punchline. Whether serving as the inspiration for The Full Monty and Magic Mike, or being parodied in the famous 1990 SNL sketch with Patrick Swayze and Chris Farley, the US all-male strip show that started in 1979, featuring buff dudes wearing not much more than bow ties and cuffs, is generally viewed as harmless kitsch.

Well, prepare to have your mind blown. As historian Natalia Petrzela discovered when she started digging for her podcast Welcome to Your Fantasy, it’s a story filled with toxic rivalries, arson, hitmen and, ultimately, murder. 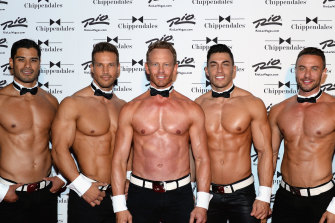 “The first thing I found was that Chippendales was started by Steve Banerjee, an Indian immigrant, which I thought was highly unlikely given that the brand was very white,” Petrzela says from her home in Manhattan. “And the second thing I saw was that women were fighting over whether Chippendales was feminist or not. And the third thing was that Banerjee had ultimately put out a hit on his business partner Nick Di Noia. And all of this was head-exploding stuff that made me think: ‘What is going on here?’”

Since then, some have tried to tie Chippendales’ success to female empowerment. Petrzela takes that with a large grain of salt.

“It was mainly about money. I have no doubt in my mind that the men behind Chippendales were not soldiers at the forefront of women’s liberation. With that said, I do think they seized upon a cultural moment when women became more independent and were wanting to spend the money they earned their own way. I think Chippendales commodified feminism in a way that is still with us today, when women are constantly being marketed their own empowerment, whether it’s a sports bra or a bodywash.”

‘I think they seized upon a cultural moment when women became more independent and were wanting to spend money they earned their own way.’

The two main players were an odd couple, but each had what the other needed – until greed and jealousy overtook Banerjee and he had De Noia killed. He also tried to burn down rival clubs and get a hitman to kill a rival male revue in Britain. While awaiting sentencing in 1994, Banerjee hung himself in his jail cell. 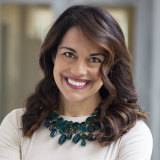 As well as shining a light on this dark side of the story, Petrzela interviewed the dancers themselves, who she found bucked the stereotypical image of all brawn, no brain.

“Many of them are now in their 50s and 60s, and this was the first chance they’d had to reflect on their lives in a more sophisticated way,” she says. “They used to do a lot of media, but that was sitting on The Phil Donahue Show shirtless before doing a G-string performance and being asked how many women they had sex with or whether they were gay. But when you peel back the layers, pretty much all of them talked about how they felt objectified and about how hard it was to have real relationships with women.”

Petrzela finally went to a Chippendales performance in 2019 on Long Island. What did she find?

“I went in thinking it was going to be a cheesy spectacle that would be interesting to report on but it would make me cringe as a human being. And don’t get me wrong, there was some of that. But I have to say I was moved by the way I saw these groups of women having so much fun, primarily with each other. The men were really just a pretence for the women to go out and spend time with one another.”