Home » Lifestyle » Dating advice: Five things you should NEVER say to a girl 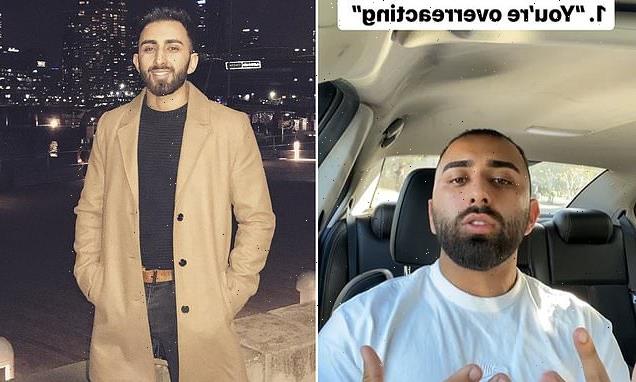 Man is praised for his list of five things you should NEVER say to a girl while dating – so do you agree with him?

An Australian comedian has shared the five things he believes men should never say to their girlfriend in a hilarious video posted on Instagram.

Ibrahim Akbar, from Melbourne, has shared his advice to ‘teach’ men what not to say to keep them out of trouble – from ‘you’re overreacting to ‘you’re wrong’.

‘Consider me your teacher – I’m here to guide you, to enlighten you, to tell you some of the things you should never ever tell your girlfriend,’ he said in the clip.

In the comments, other social media users praised Ibrahim for his comedic take on the dating advice. 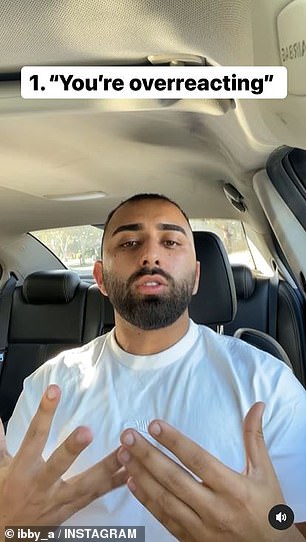 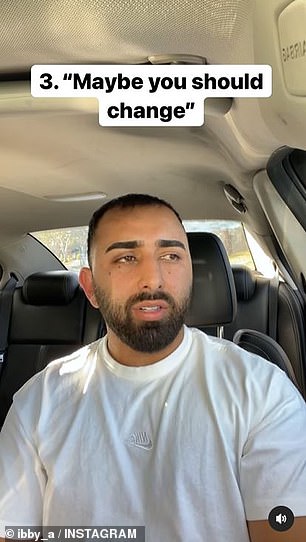 First, Ibrahim said to never tell a woman she’s ‘overreacting’ because this will only worsen the situation.

‘Is she overreacting? Probably. Does she need to know that? Absolutely f*cking not. What’s the need? Just go along with it,’ he said.

Regardless if your girlfriend is complaining about her day or disappointed at the smallest inconvenience, it’s best to keep this to yourself.

Next, Ibrahim questioned why any man would tell his girl ‘you’re wrong’.

‘Are you f*cking dumb? That’s like going to Sub-Saharan Africa, finding a hungry lion, slapping it across the face with a piece of tender meat and then sitting there shocked when it attacks you,’ he joked.

‘You know what is says on your gravestone? Cause of death: telling his girl she was wrong.’

‘Maybe you should change your outfit’

Women can sometimes spend hours planning their outfits for special occasions, and so it’s important for men to never suggest changing last minute.

Regardless of what she wears, Ibrahim said to tell your girl she looks good.

‘Your girl has taken three business days to choose that outfit – she had PowerPoint presentations with the girls explaining why that was the best outfit – and you ruined the next 15 years of her life with one comment,’ he jokingly said. 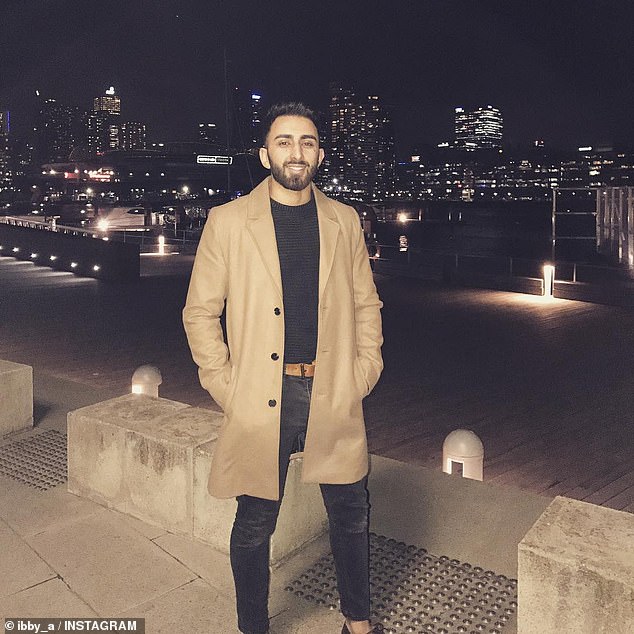 First, Ibrahim said to never tell a woman she’s ‘overreacting’ because this will only worsen the situation. Next, Ibrahim questioned why any man would tell his girl ‘you’re wrong’ 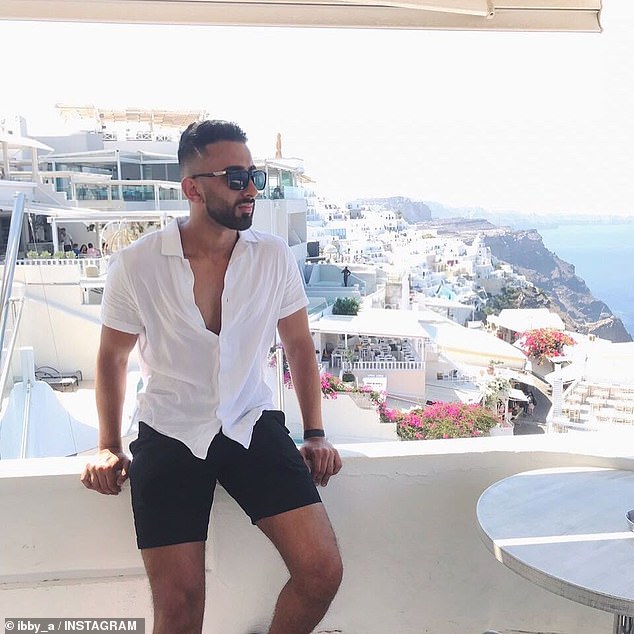 When it comes to food, Ibrahim said men have ‘no excuse’ but to eat every time their girlfriend is hungry – and to never say ‘I don’t feel like eating’

Why these statements are stopping you from finding your perfect match

When it comes to food, Ibrahim said men have ‘no excuse’ but to eat every time their girlfriend is hungry – and to never say ‘I don’t feel like eating’.

‘When you start dating or seeing a girl, you sign a contract you didn’t know about that basically says you now share a stomach,’ he said.

‘She’s not asking you if you’re hungry, she’s telling you you’re hungry so let’s go eat – there’s no excuses, go.’

‘Get any nail colour’

When a girl gets her nails done, Ibrahim said this is an opportunity to offer suggestions on the perfect colour.

Not only will she appreciate the input, it will make her decision easier.

‘If a girl is at the nail studio and she’s asking you what colour she should do her nails, this is her promoting you. She’s accepting you, don’t ruin the opportunity!’ Ibrahim said.

‘You might say, “I don’t care, choose any nail colour”, but what she’s hearing is: “I want to break up with you”.’

1. Taking one hour to put make-up on to go for Sunday breakfast

3. Too much eagerness texting too frequently

4. Being over-sensitive and crying as a strategy

5. Saying ‘You could be an axe murderer or a rapist, for all I know’

1. Speaking badly about an ex or other women

2. Constantly talking about yourself without asking questions

3. Setting up a date via a text message

4. Telling women it’s easier for them than it is for a man

5. Not making an equal effort in presentation

The video was watched more than 400,000 times and Ibrahim was praised in the comments from other Instagram users.

‘He knows,’ one person wrote, another added: ‘It’s the nail colour for me.’

A third wrote: ‘I’ve watched this at least nine times and it’s the best thing ever.’

Others tagged their friends and even their partners in the comments.