‘If he’s David Beckham, then I’m Posh!’ Professional lookalike is mercilessly mocked by This Morning viewers who insist he looks ‘absolutely nothing’ like the former England captain

A David Beckham lookalike was mercilessly mocked by This Morning viewers who insisted he bears absolutely no resemblance to the former footballer.

Andy Harmer, who has been impersonating the sporting icon for 20 years, runs his own celebrity lookalike agency and also appears in the Channel 4 documentary series, Lookalikes.

But his appearance on the daytime show on Wednesday left viewers unconvinced, with some urging him to quit his day job because he ‘looks nothing like’ the 43-year-old former England captain – including one who tweeted: ‘If he’s David Beckham I’m Posh!’ 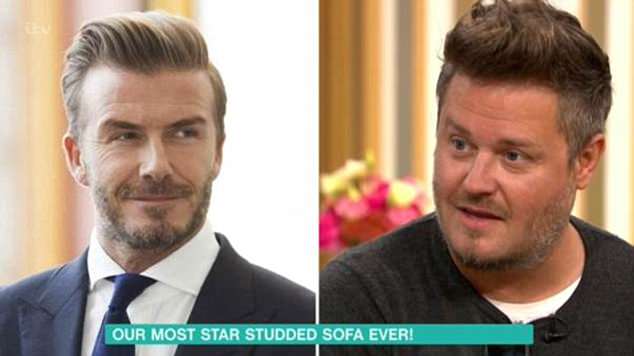 Andy Harmer, right, has been acting as David Beckham’s (left), double for 20 years after first starting back in 1998 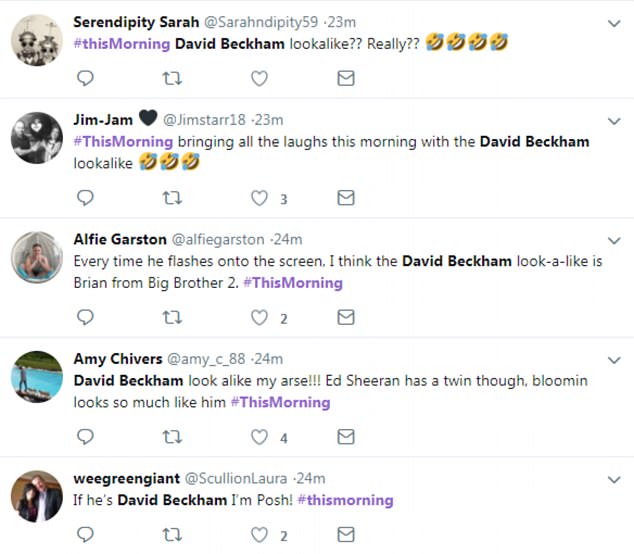 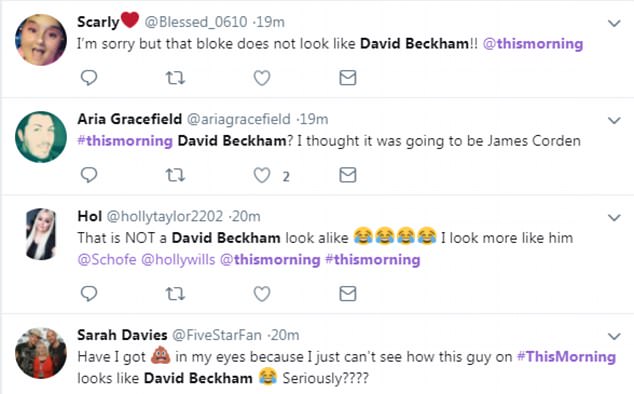 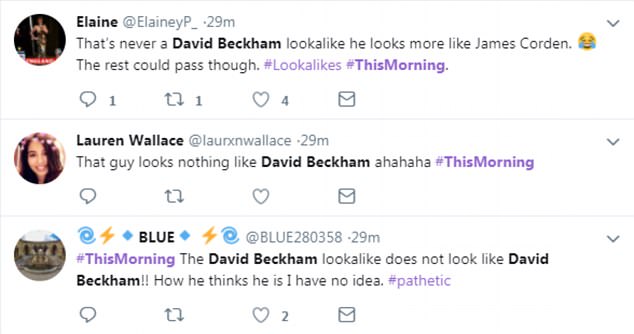 The Channel 4 show he was promoting is a reality-comedy hybrid that dramatises real-life situations from Andy’s own agency.

Andy explained how his business is now ‘bigger and better’ than a couple of years ago, when it had fallen on hard times.

But most viewers were more interested in his likeness – or lack thereof – to David Beckham, with scores taking to Twitter to poke fun.

‘This Morning bringing all the laughs this morning with the David Beckham lookalike,’ joked one.

One person shared an image of their TV screen, writing: ‘David Beckham lookalike. I’m done. What is actual life if people think this bloke looks like David bloody Beckham.’

‘That guy looks nothing like David Beckham. Who ever has told him he does needs to go to Specsavers,’ said another viewer. 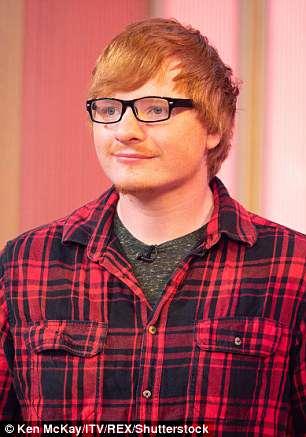 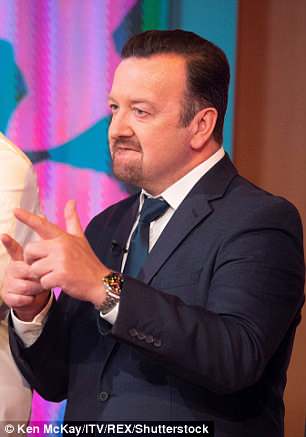 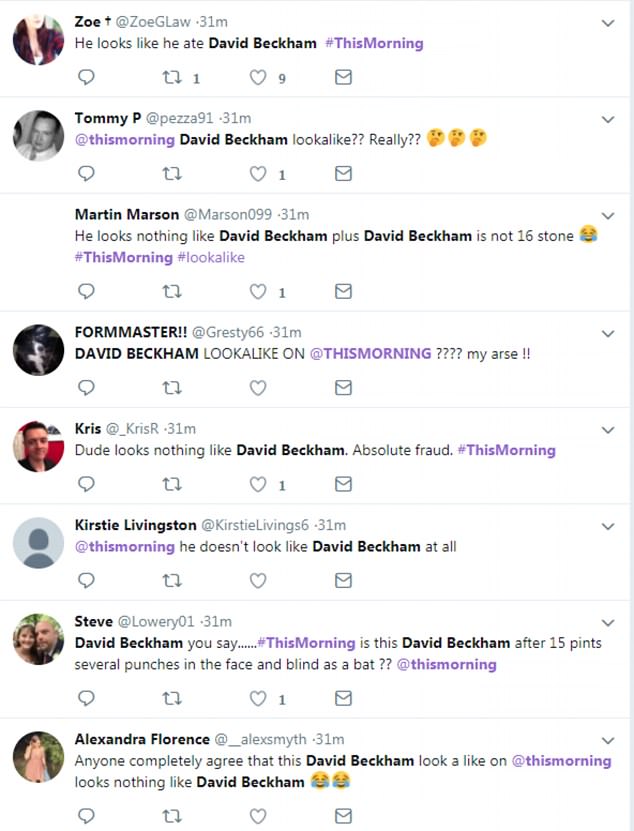 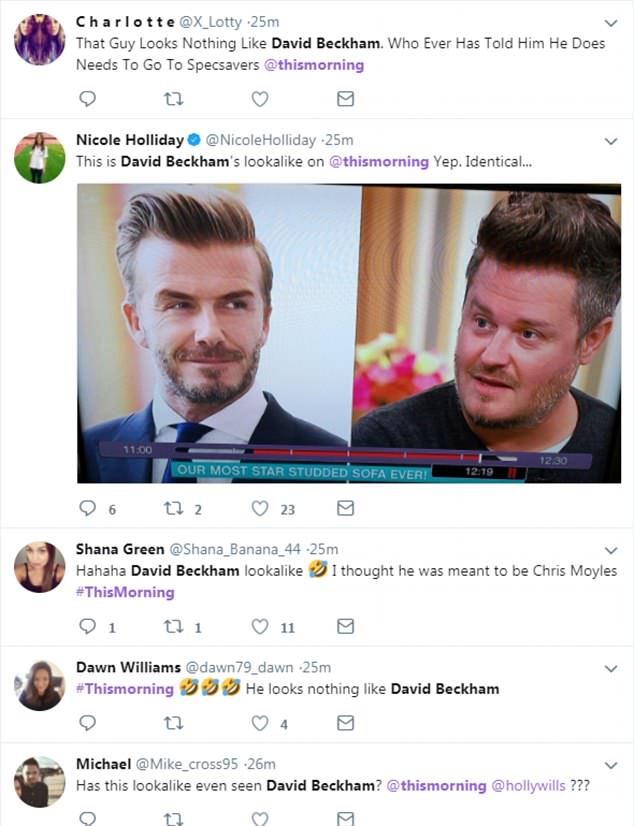 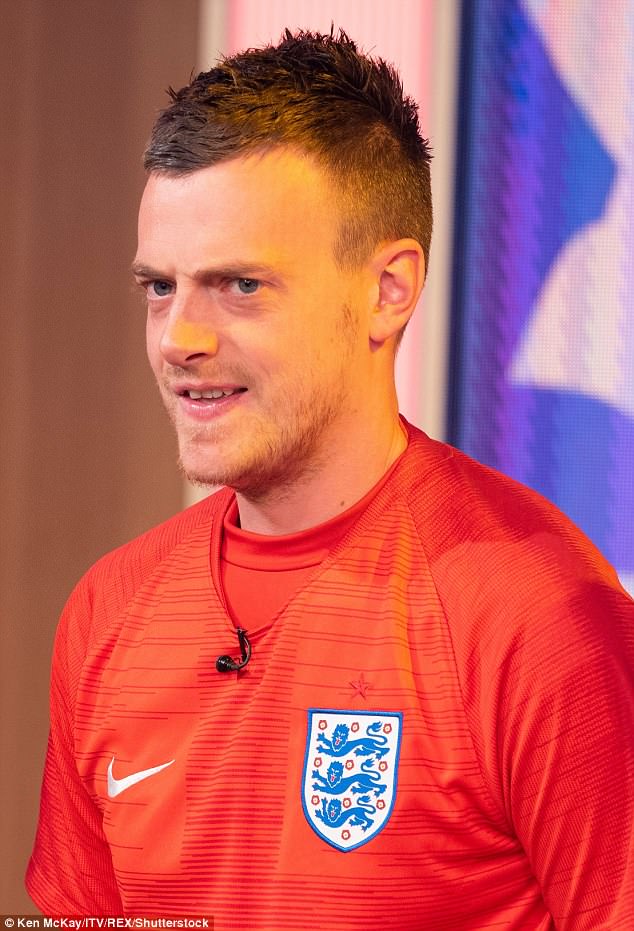 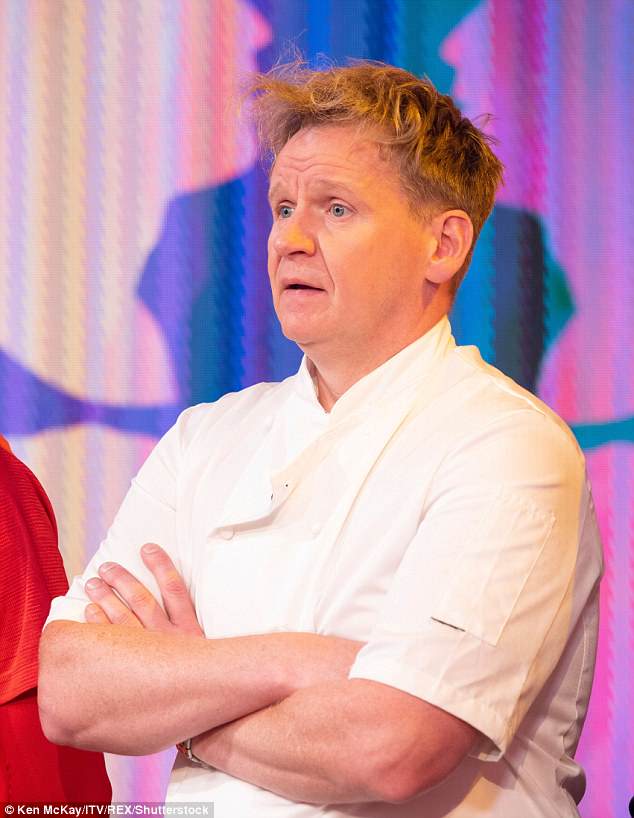 Presenters Holly and Phillip questioned the other guests about their careers as doppelgangers with, Lee, revealing how easy it is for him to impersonate footballer Jamie Vardy.

‘With me I just have to kick a ball, he said, before adding: ‘But not right now – I am having a knee op on Wednesday.’

Gordon Ramsey lookalike Martin Jordan confessed that he didn’t like swearing, like his famous counterpart, but had learned to get into the role.

‘You have to block that out and then just blast it out. It took a long time, I don’t cook either,’ he said.

Ty, who is the spitting image of singer Ed Sheeran, admitted that he sometimes lets Ed’s fans believe it’s their idol for fear of upsetting them.

‘I feel so bad letting them down being on such a high. I cant ruin their experience. I just sometimes go along with it.’