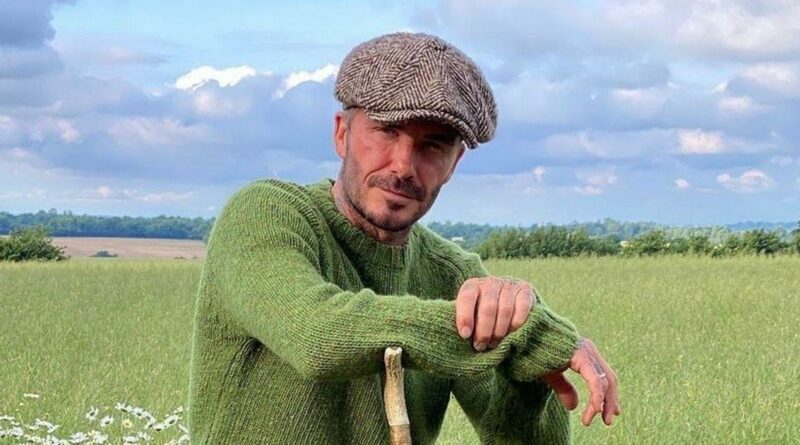 David Beckham has given fans a rare glimpse of his incredible Cotswolds mansion, after recently returning from Miami.

The former footballer, 46, had been holidaying in Miami for a number of weeks alongside wife Victoria, 48, as they celebrated their eldest son Brooklyn's marriage to actress Nicola Peltz, which took place on 9 April.

After returning from the sun-soaked getaway, David has now headed to the Cotswolds, where he and fashion designer Victoria own a sprawling £6 million property.

The countryside home boasts a swimming pool and football pitch, and is surrounded by spacious green fields which are home to the dad of four's numerous beehives.

David shared a snap of himself posing alongside five white beehives, as he showed off the incredible countryside views.

He could be seen bending down in the photo while wearing a white shirt and black jeans, which he paired with a grey flat cap.

Fans were quick to comment on the picture, with one person writing: "Oh wow that's a fantastic collection of hives and what an inspiration to others – we need to look after our bees."

David first showed off his beehives in 2020, after sharing a clip of himself building them while in lockdown. He could be seen concentrating as he built the beehives from scratch in the video, which he captioned: "New project…watch this space @victoriabeckham."

Victoria can then be heard asking her husband: "David decided to start building beehives. Is that your new project darling?"

The former footballer then sweetly replies: "You'll be very happy when we have our own honey."

David has also made sure to include his children, and previously shared a snap of him with sons Romeo, 19, and Cruz, 17, as well as 10 year old daughter Harper all dressed in matching beekeeper outfits.

He filmed Harper as she excitedly danced while wearing a white jumpsuit and gloves, and jokingly told his followers: "I told the kids bee careful Apparently dad jokes don’t go down so well."

Away from their idyllic countryside home, David and Victoria also own an extravagant £31 million mansion located in Holland Park in London.

The couple also own a lavish £19 million penthouse apartment in Miami, and most recently, they splashed out on a £5 million superyacht.

For all the latest news and gossip about David Beckham, sign up to our daily newsletter here.