David Foster proudly showed off his wife Katharine McPhee’s fit body on Instagram less than a year after she gave birth to their son.

“🎼what baby!” the Grammy-winning music producer, 72, captioned a photo of the singer, 37, posing in a black bikini on Tuesday to showcase her ripped abs.

Several friends of Foster commented with fire emojis. However, other followers thought the post was a bit out of touch.

Another, receiving more than 200 “likes,” agreed sarcastically, “Yeah, let’s perpetuate the unhealthy narrative that women need to be back to or smaller than their pre-pregnancy size postpartum 🙄.”

One follower disputed, though, “Honestly he’s just saying what we would be saying had there been no caption at all. #truth.”

McPhee, for her part, has been very accepting of all the changes her body has gone through over the past year.

In March, just one month after welcoming her son, Rennie, the “American Idol” alum posed in a high-waisted swimsuit and captioned the photo, “Loving my curves because my baby gave them to me.” 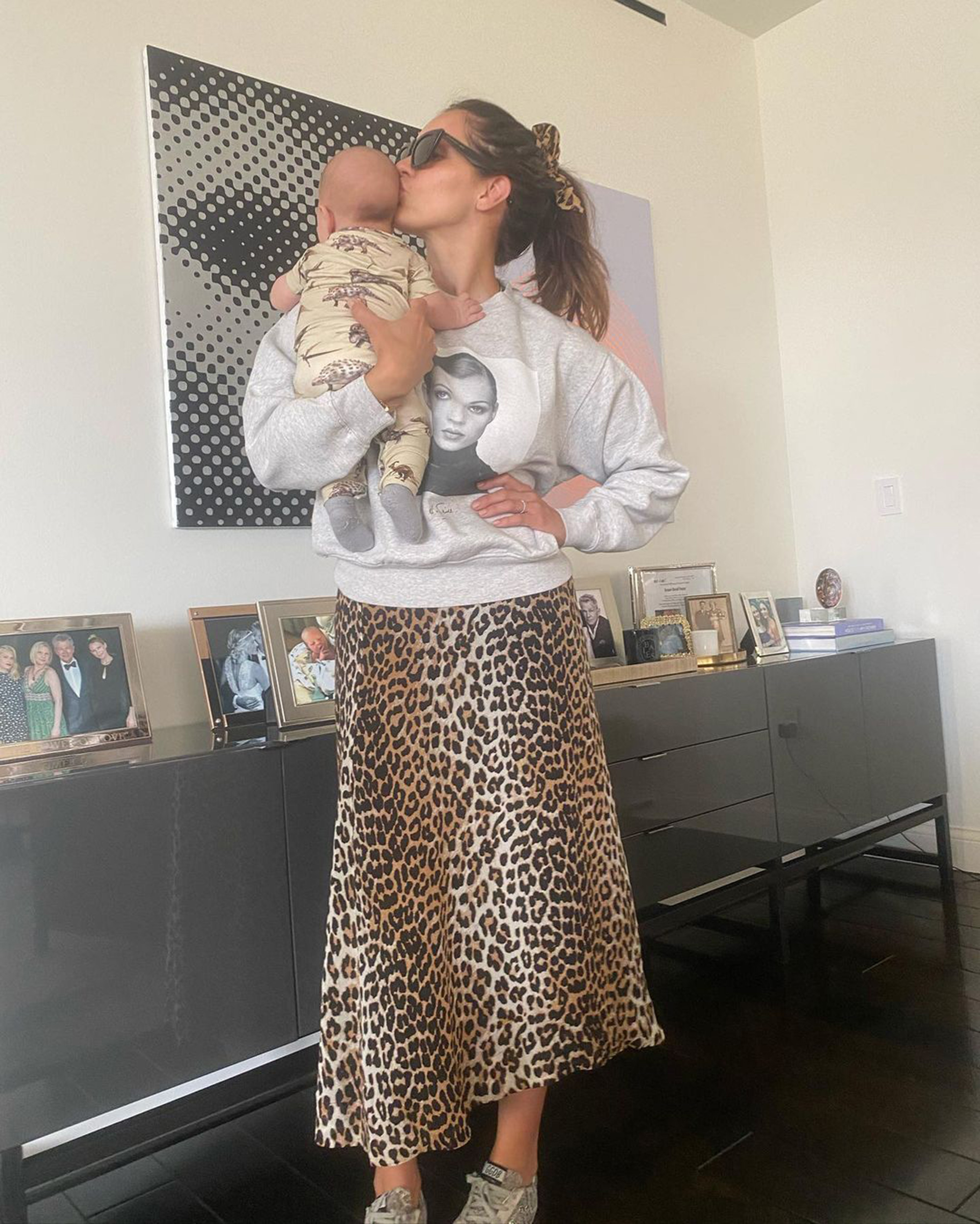 The “Smash” actress told People at the time that she was “so happy” to not feel she had to pressure herself to bounce back.

“I’ve just been so grateful and happy that I’ve had a healthy baby and I’ve felt really good, emotionally and physically,” she said. “I’m so happy that I don’t have this crazy pressure yet to fit into whatever jeans I have in my closet.”

McPhee, who has struggled with disordered eating and bulimia in the past, revealed on an episode of “Dr. Berlin’s Informed Pregnancy Podcast” earlier this year that her issues with food “came up in a way that hadn’t been present in a long time” while she was expecting and were “the hardest part of pregnancy.”

She said things “got a lot better” since then, however, adding, “I look in the mirror and I’m like, ‘Yeah, my legs, my thighs, my arms are a little bit thicker, but I’m OK with it.’”

Foster and McPhee have been married since June 2019. This is the “Over It” singer’s second marriage and music composer’s fifth. He has five adult children.