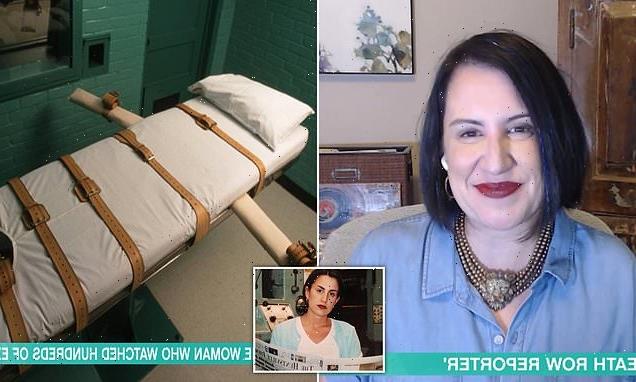 A former death row reporter who spent 12 years witnessing nearly 300 men die has revealed some inmates actually look forward to their execution because they see it as a ‘release’.

Michelle Lyons started out as a reporter at the Huntsville Item in America’s death penalty capital, Texas, before becoming the spokesperson for the state’s prison system.

She witnessed her first execution at 22 in 1998 – two years prior to her becoming a journalist and joining the paper – and admitted she became less adept at ‘compartmentalising’ it as she got older and became a mother, at which point she found herself feeling more empathetic towards inmates’ families.

Michelle told how some criminals on death row actually looked forward to their execution, while others used their last statements to apologise for the pain they’d caused. 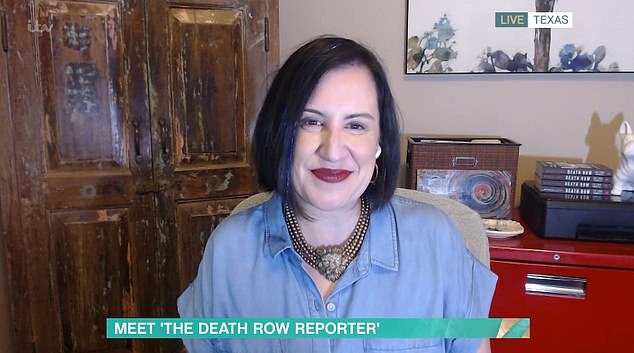 Appearing on This Morning today, Michelle – who has written a book about her experience called Death Row: The Final Minutes – added that she believes there are some serious problems with that the way the death penalty is imposed in the US.

She told hosts Alison Hammond and Dermot O’Leary: ‘I think in Texas especially, during the time I was witnessing executions, that [the death penalty] was overused.

‘A lot of that has been alleviated because Texas has since introduced life without parole, so really drastically the population on Texas death row has dropped.

‘But that being said I do think that there are some serious problems with the way the death penalty is imposed. There is a real problem with the access to DNA testing; I do not believe that an inmate should have to jump through so many hoops in the court system just to get DNA tested.

‘To me, whether you support or you’re against the death penalty, you should want to make absolutely sure that the person being punished committed that crime, and that should not include someone going to court for three to five years just to get that test.’ 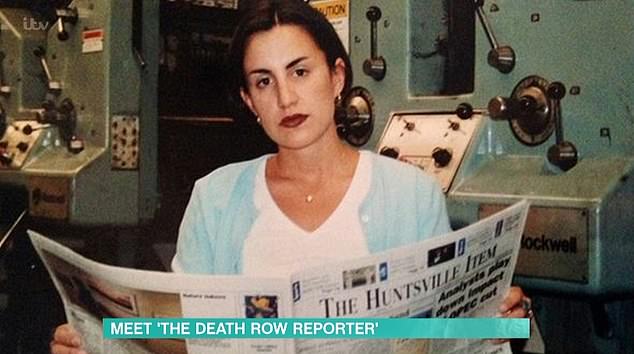 Michelle started out as a reporter at the Huntsville Item in America’s death penalty capital, Texas, before becoming the spokesperson for the state’s prison system

As a prison reporter, Michelle was given a ‘seat’ at every execution in the state, so when she took the job she knew that was part of the role – but in her first year there were four times the average number of lethal injections carried out.

‘In every given year up until that time, there would maybe be 10 executions in a year, so in my mind, maybe I’ll witness 10 executions this year,’ she recalled.

‘In that first year in 2000, there were 40 executions in Texas that year, which is something no one ever could ever have predicted.

‘At that time I was 24 and I had witnessed one a couple of years previously… It was a just a massive number in such a small amount of time, but that’s how I started.’

After a year at The Huntsville Item, she left in 2001 to become the spokesperson for the Texas prison system, and in that role she got to know the inmates much more closely. 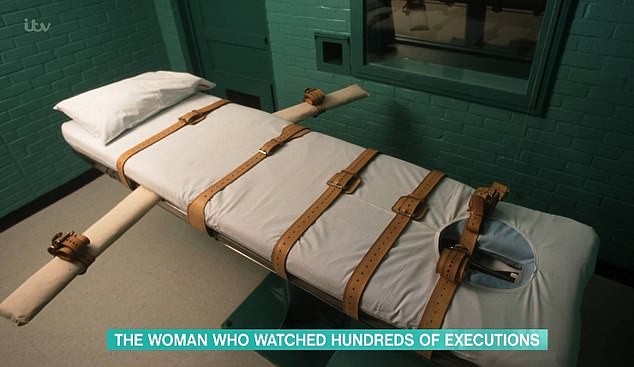 Michelle insisted an inmate’s final hours are ‘nothing like the movies’, and told how they are given the opportunity to make a final statement before the lethal drugs are dispensed

‘I was then the person facilitating the interviews with them, so I was seeing them week after week – so to see them in the hours before they’re being executed sometimes was difficult,’ she explained.

Michelle added that there were some inmates she felt she wouldn’t have given the death penalty to had she been on the jury, believing they could be redeemed.

She told how she was initially very good at ‘compartmentalising’ that aspect of her job and not letting it affect her, because she was focused on proving her worth in the early days of her career.

‘Here you have a woman who’s watching her child die in front of her, and that’s when I especially started struggling with it. It was as I got older and knew more about life and how fragile it was.’ 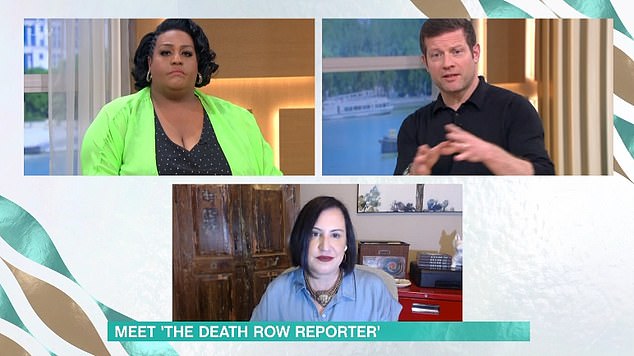 Asked by Alison if she had ever witnessed an inmate ‘feel’ anything when the lethal dose was administered, she said she never saw an expression of pain but a couple of inmates did tell her they could ‘taste it’ and it was ‘nasty’

Michelle insisted an inmate’s final hours are ‘nothing like the movies’, and told how they are given the opportunity to make a final statement before the lethal drugs are dispensed.

‘That’s where things could change,’ she said. ‘Everything else was very regimented but in those last statements, that’s when sometimes they would apologise to the victim’s family for what they had done, or to their families for putting them through that.

‘Some would profess their innocence, and then you had some who were very angry and made very ugly statements. At that point you really don’t know what’s going to happen.’ 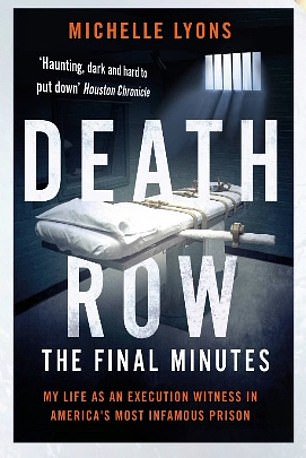 When she left the job in 2012, Michelle had files and files of notes, which she has since compiled into a book

Her role, having been with the inmates in their final hours, was to relay their demeanour to journalists – and in some cases, she claimed the prisoners looked forward to their death.

‘One of the cases I will not forget is a man who, he was a biker, he rode motorcycles when he was younger and free, and for him he looked forward to the execution because it was a type of a release,’ Michelle recalled.

‘So his last statement was spent really saying, “I’m free, I’m getting out of here,” and he quoted the lyrics to a song called The Road Goes On Forever and the Party Never Ends. So that’s when you really could not predict what was going to come in that last statement.’

Asked by Alison if she had ever witnessed an inmate ‘feel’ anything when the lethal dose was administered, she said she never saw an expression of pain but a couple of inmates did tell her they could ‘taste it’ and it was ‘nasty’.

When she left the job in 2012, Michelle had files and files of notes, which she has since compiled into a book – describing the process of writing it as ‘cathartic’.

‘I would picture faces and last words and family members but I couldn’t put it together in a very cohesive way,’ she explained. ‘Writing the book forced me to go through these files and really remember it and put it all back in an order that I could make sense of and really move past it.’

Asked about her opinion on the death penalty now, Michelle said she very much views it on a case-by-case basis.

‘I think it’s such a complex issue. When I was there what pulled at me was that I just wanted people to see both sides of the argument, because I saw the pain that the victim’s families went through in having someone they loved taken from them, but I also saw the pain that the inmate’s families went through, because they also had nothing to do with this crime,’ she explained.

‘For me it really is such a case by case basis; you have crimes where an individual has murdered a child, you have serial killers, I don’t see the redemption there.’