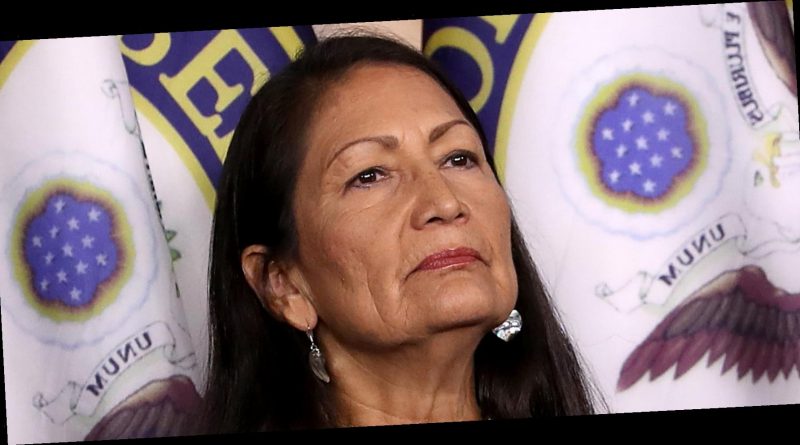 CNN reports that the United States Senate confirmed Deb Haaland as President Joe Biden's secretary of the interior. The move made history, with Haaland becoming the very first Native American Cabinet secretary in American history. The official vote was 51 to 40. Haaland currently serves as a representative for New Mexico's first congressional district.

During her confirmation hearings, Haaland mentioned the significance of her nomination (which also made history) by saying, "The historic nature of my confirmation is not lost on me, but I will say, it is not about me. Rather, I hope this nomination would be an inspiration for Americans — moving forward together as one nation and creating opportunities for all of us."

Back in 2018, Haaland was one of the two first female Native Americans in Congress. CNN adds that Haaland will be tasked with making sure that Biden's plan to reduce the use of fossil fuels, reduce carbon emissions, and address the climate crisis.

"It's difficult to not feel obligated to protect this land, and I feel that every Indigenous person in this country understands that," Haaland added during her confirmation hearings. "We want to protect this country, and that means protecting it in every single way." NPR notes that the Department of the Interior was often "used as a tool of oppression against America's indigenous peoples," making Haaland's new role even more significant.

"Indian Country has shouted from the valleys, from the mountaintops that it's time. It's overdue," Stephine Poston, a Pueblo tribal member, told NPR after Haaland's nomination. The outlet also reports that Haaland was also one of the first lawmakers to support the Green New Deal, which may be why many Republicans saw her and her ideas as extreme.

"I'm deeply concerned with the Congresswoman's support on several radical issues that will hurt Montana, our way of life, our jobs, and rural America," he said.

"I'm confident that she is the leader that we need at Interior to take on the important work of restoring our landscapes, opening up new outdoor recreation opportunities for all Americans, and putting our public lands to work in confronting the climate crisis," Heinrich said.