Home » Debt, deficit and where the money comes from: The state’s finances explained in six graphs 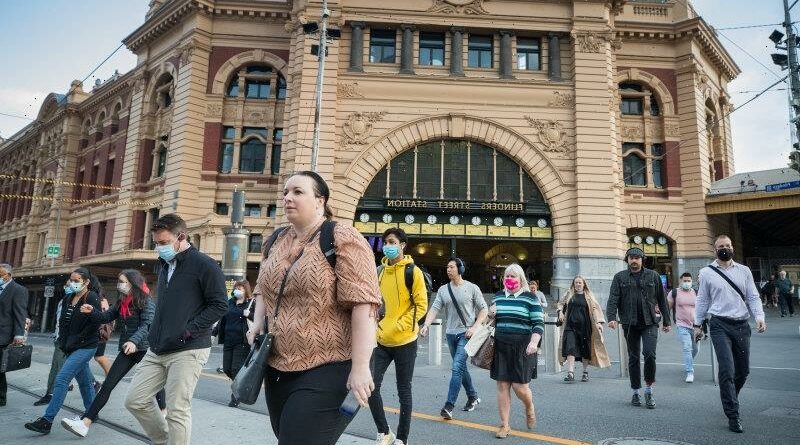 Each state budget involves a dizzying amount of money being gathered, spent or allocated in line with what the government of the day hopes will put us in a better position in the years down the track.

Given Victorian have all felt the impacts of the COVID-19 pandemic, the past couple of state budgets have been among the most keenly-analysed in the state’s history as they map out the state’s planned recovery.

The graphs below illustrate how the waters the state government is navigating have changed, the adjustments it has made, as well as the course it is looking to chart for Victoria through its post-COVID recovery.

Here’s a breakdown of some state government revenue sources. I’ve taken the estimates for the 2021/22 financial year from last year’s state budget and compared them with the amounts in this year’s budget to show how things have shifted since the 2020 budget released six months ago.

A combination of the rebounding property market and increases in taxes on high-end properties mean the Andrews government has bumped up its estimates for revenue from land transfers and land taxes.

There is also one unpaired bar on this graph – it’s the new mental health and wellbeing levy, which was announced in the budget and will be introduced at the start of next year. It will be paid through an increased payroll tax for businesses with a $10 million-plus national wage bill and is expected to generate about $387 million in the second half of the 2021/22 financial year. After that it is expected to generate about $823 million a year.

All the revenue sources in the graph above are dwarfed by the grants revenue the state receives, primarily federal government contributions from GST revenue.

The state government expects to receive $36.8 billion in grants revenue in 2021/22, slightly more than the $34.6 billion it had projected for the same period back in last year’s budget, which ties into increased optimism on the speed of the national recovery from the COVID-19 pandemic.

Where state government revenue is increasing

Onto the next graph. This one shows state government revenue over time. The solid blue line shows how much was raked in from taxes, fines, grants and other sources over the past few years:

As you can see, it was edging up each year, but when the COVID-19 pandemic struck towards the end of the 2019-20 financial year, the hit in economic activity impacted the state government’s bottom line.

That green dotted line shows revenue projections from the state budget that was handed down two years ago, back in the days where ‘PPE’ and ‘social distancing’ weren’t part of the everyday vocabulary,

The red dotted line shows revenue projections from last year’s budget, which were much more pessimistic.

The projections from this budget have settled somewhere in the middle, with the state government expecting it will receive about $3 billion more in revenue each year over the next few years. Some of this extra revenue will come from increased land taxes, land transfer taxes and payroll taxes:

While the state’s revenue projections are more optimistic than last year, it is still spending more than it is bringing in, partly because of short-term public health and economic support measures such as hotel quarantine.

The state government estimates it recorded an almost $18 billion dollar deficit in transactions in 2020/21 (note this figure isn’t set in stone yet like the figures from previous years). Over the next few years it expects to bring revenue closer into line with expenses which it says will pave the path to a surplus:

Also, these projections are more optimistic than last year – right now the state government expects to run a deficit of $2.1 billion in 2023/24, but in the last budget it was put that figure at $5.9 billion.

What does this mean for the state’s debt?

To help pay for Victoria’s COVID-19 recovery, the state is borrowing a lot of money, which is increasing the state’s debt pile. That’s no surprise – pretty much every state or federal government in the developed world is following that strategy.

A good way to put the amount of debt in perspective is to express it as a proportion of the state’s economic output, the gross state product (GSP). This helps to give a sense of the level of debt relative to the scale of the economy and also makes it easy to compare debt levels over time without having to add too many caveats about inflation.

The Department of Treasury and Finance estimates that the state’s net debt accounts for about 16.7 per cent of GSP, which is where it was during the state’s early 1990s recession. And that percentage is set to keep rising over the next few years.

However, it’s worth noting though that interest rates are much lower than they were in the early 90s, and because of the state’s credit rating it has locked in lower repayments on its current debt.

I was able to get data going back to the late 80s for my last graph – which I included after last year’s budget – but the treasury department has taken the data back even further, which gives an even more zoomed-out perspective on debt: