Denise Richards’ husband is reportedly as distraught as she is by her recent family drama with ex Charlie Sheen.

Aaron Phypers is “heartbroken” that Richards and Sheen’s 17-year-old daughter, Sami, moved out to live with the “Major League” star earlier this year, a source told People Wednesday.

“Aaron’s a kind man,” the source said. “He’s in a tough role, but he keeps his cool. He’s heartbroken because Denise is heartbroken that Charlie is pulling this after all she has done for him.”

The source added, “He’s upset because his wife is upset that Charlie is playing this game with the kids. Denise is heartbroken that Charlie has taken this road. She loves those kids.”

A Los Angeles court ruled earlier this week that the “Two and a Half Men” alum, 56, would not have to pay Richards, 50, child support for their two daughters, Sami and 16-year-old Lola, after he argued that the girls had been living with him since April.

The former “Real Housewives of Beverly Hills” star was not present for the hearing “because she is working out of state, which Charlie was well aware of,” a source told Page Six.

“Denise was never served this court date,” the insider alleged. “[Charlie] did this on purpose. He filed [in December 2019] and he kept pushing the court date. Denise kept asking when the date was and he blew her off.”

For his part, Sheen told paparazzi that if Richards has a problem with the ruling, she “should go down to the courthouse and complain to the judge.” 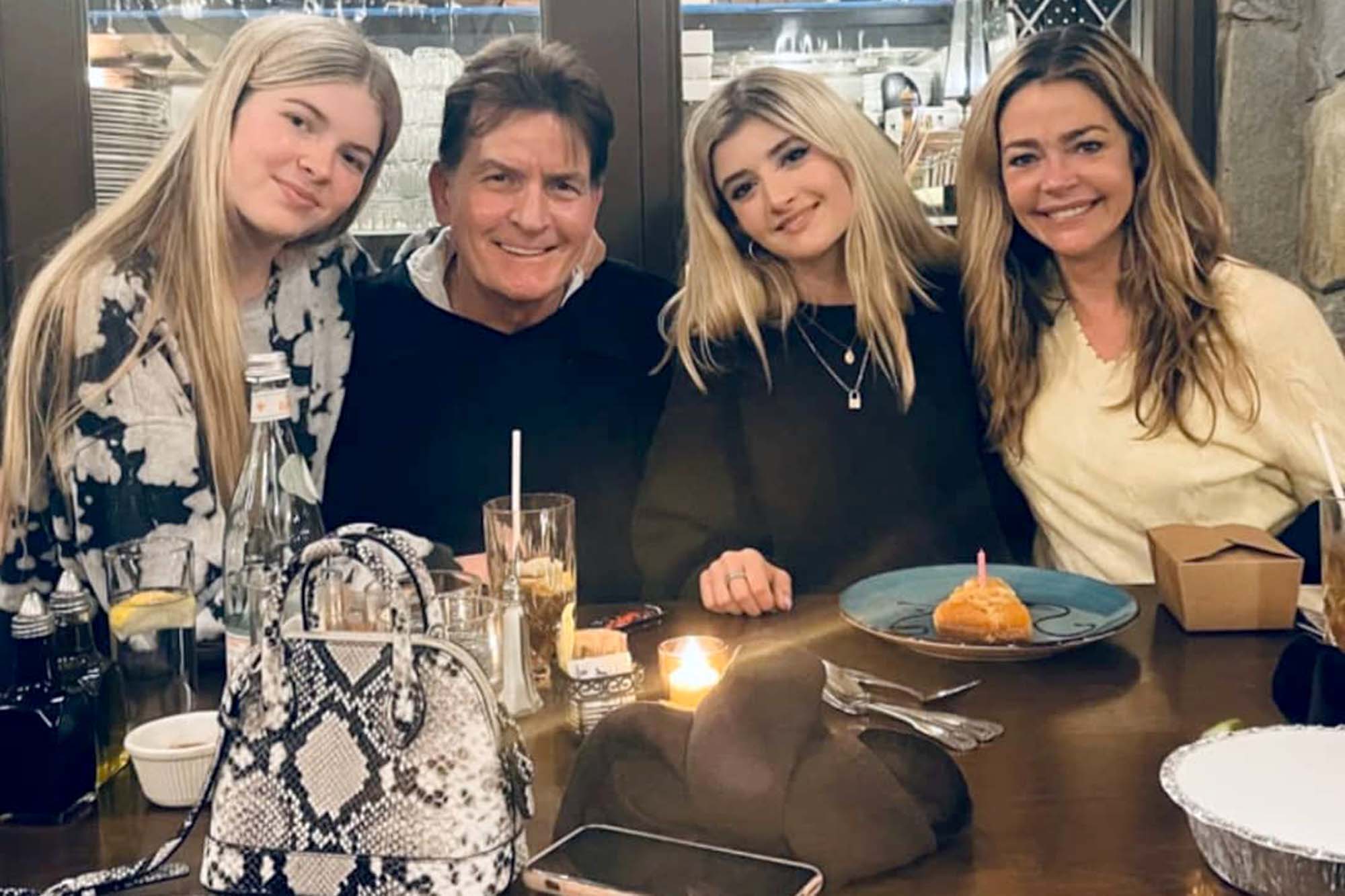 Their family drama began unfolding last month when Sami said on TikTok that she was “trapped” in Richards’ household, which she claimed was “abusive,” and noted that she was happier living with her father.

A source told us at the time that Richards was not abusive toward her daughter, but she did “set normal rules that any parent would be setting,” which Sami allegedly “didn’t want to follow.”

Sheen and Richards were married from 2002 until 2006, and she adopted her now-10-year-old daughter, Eloise, after their split.

She married Phypers in front of Bravo cameras in 2018.

A rep for Phypers and Richards declined to comment.