DON’T try this at home! Dermatologist issues a stark warning about dangers of ‘DIY dermarolling’ as fans who want Gwyneth’s glow snap up £2 gadgets on eBay

A popular beauty treatment beloved by celebrities could be secretly ruining your skin, experts have warned.

When applied correctly, it stimulates the production of new skin and is said to be effective at combating acne scars, wrinkles and stretch marks.

It’s even been praised by celebs like Kim Kardashian, Gwyneth Paltrow and Jennifer Aniston, but at upwards of £250 a session it doesn’t come cheap. 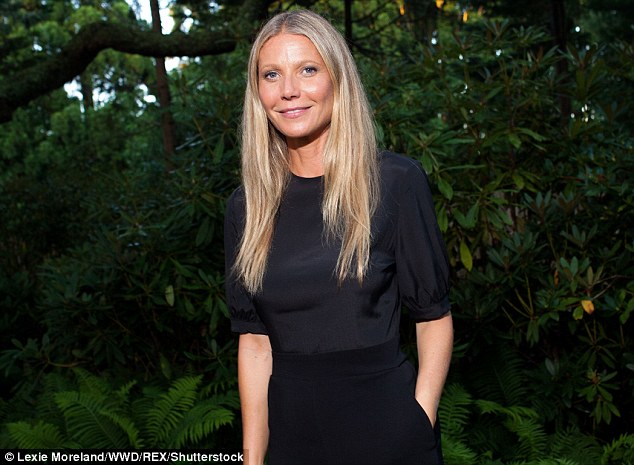 Celebrities including Gwyneth Paltrow (pictured in the Hamptons on August 4) have endorsed dermarolling, but while treatments from approved practitioners can yield impressive results doctors have warned against the worrying rise of ‘DIY dermarolling’

Dermarollers like this one are being sold for as little as £2 on sites like eBay. While there is no indication there is anything wrong with this product, so-called ‘DIY dermarolling’ can lead to soreness and even infection, according to consultant dermatologist Dr Anjali Mahto

In a bid to cut costs, more and more people are swerving clinic fees and buying cheap dermarollers online instead – for as little as £2 on sites like eBay.

She said :’Dermarolling has become a popular aesthetic treatment for improving collagen production and skin texture.

‘However it should be carried out by a professional in a clean and sterile environment.

‘These home devices – particularly ones which penetrate the skin as deep as 2.5mm – can lead to infection and damage to the skin and should be avoided.

‘What’s more, you can’t be sure of the quality or cleanliness of a device purchased over the internet.’ 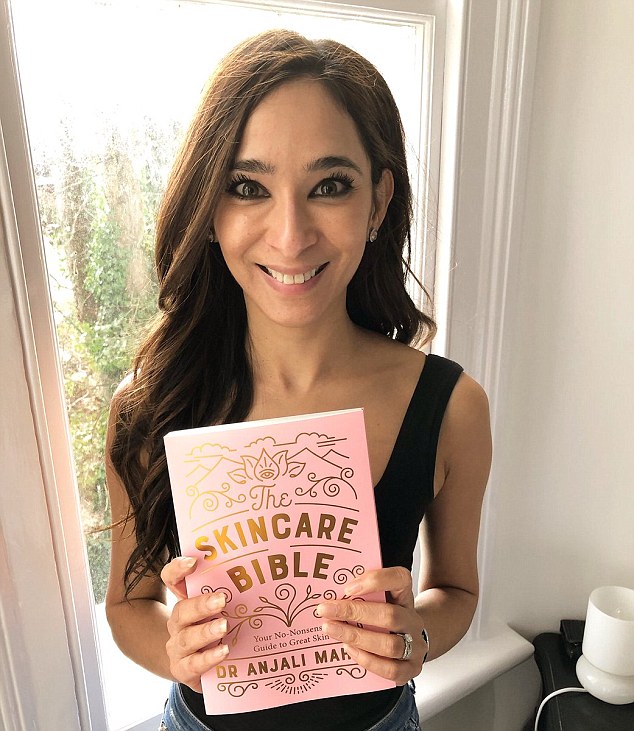 Dr Anjali Mahto, consultant dermatologist and British Skin Foundation spokesperson (pictured with her book The Skincare Bible), warns that so-called ‘DIY dermarolling’ can be fraught with danger and ‘should be carried out by a professional in a clean and sterile environment’

She said: ‘People with no expertise are ordering dermarolling equipment from the internet and just going for it.

‘And they’re risking everything from skin infections to lifelong scarring by trying to do so at home.

‘Dermarollers with needles 2.5mm in length are way, way too long to be simply rolled all over someone’s face when they have no idea what they’re doing, but they’re readily available online.

‘In a clinic, we also use a numbing cream. But if you’re doing DIY dermarolling without topical anaesthetic it’s going to be very, very painful. 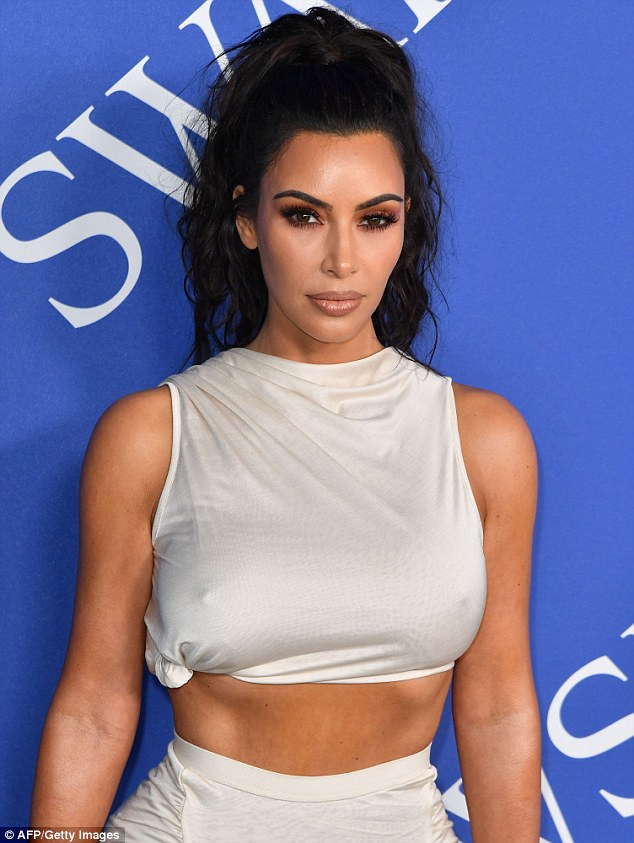 Reality star Kim Kardashian (pictured at the 2018 CFDA Fashion awards in New York City in June 2018) is believed to be a fan of dermarolling, but experts have warned it should only be carried out by a professional, in a ‘clean and sterile environment’ 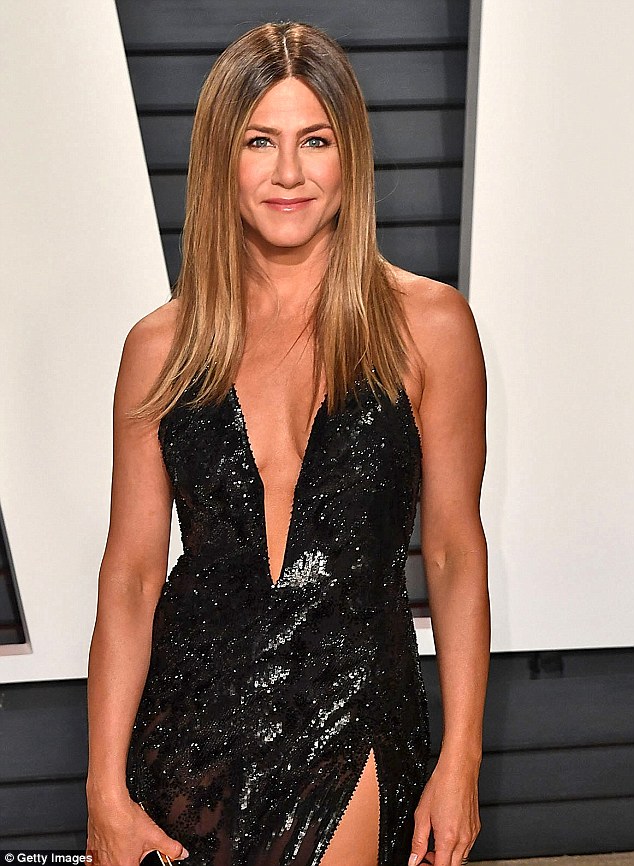 Jennifer Aniston (pictured at the Vanity Fair Oscar party in Beverly Hills, February 2018) is said to owe her youthful looks in part to dermarolling, but experts have warned it should not be done on the cheap at home – and have advised sticking to clinics instead

Fran Parman, former star of ITV’s The Only Way Is Essex (pictured in an unrelated Instagram selfie earlier this year) has told how she underwent professional derma rolling treatment in December 2016 but suffered a poor reaction to it

‘And when people are doing this at home, they’re doing it with their eyes wide open, often looking in a mirror. Whereas in a clinic, a patient’s eyes are always closed.

‘If you get one of these needles in your eye… it’s just so dangerous. By trying to save money, you could end up with irreparable vision damage. People need to be aware of the dangers.’

The new advice has also been endorsed by celebrity Fran Parman, former star of ITV’s The Only Way Is Essex.

Fran, 26, underwent professional derma rolling treatment in December 2016 but suffered a poor reaction to it.

She said: ‘I had a really bad reaction and it flared up. It was awful. I looked grazed all over I didn’t want to leave the house for ages.

‘I feel like I’ve been scarred from it, to be honest. My skin has never been the same again and I can still see the little holes the derma roller left behind.

‘People definitely need to be aware of the dangers and there’s no way anyone should try and do it themselves at home.

‘I’ve warned all my friends about what happened – I wouldn’t wish it on my worst enemy!’

What is dermarolling and what are the risks?

Dermarolling works by causing a controlled injury which stimulates the healing process resulting in new collagen and new tissue formation.

A series of treatments, as many as five, are recommended and carried out six weeks apart to give optimum results.

People who suffer from hypertrophic or keloid scars, however, should not have the procedure as it could cause an eruption of new scar tissue forming.

After receiving complaints for posting graphic content, US YouTube regular The Bonnie Life initially removed her gruesome footage from the web.

She said: ‘I found that I had indeed done it incorrectly. Thankfully, there was no lasting damage to my skin but I could easily not have been so lucky.

‘If you decide to try derma-rolling, please do a lot of research, purchase a quality device, and consult a professional first.’