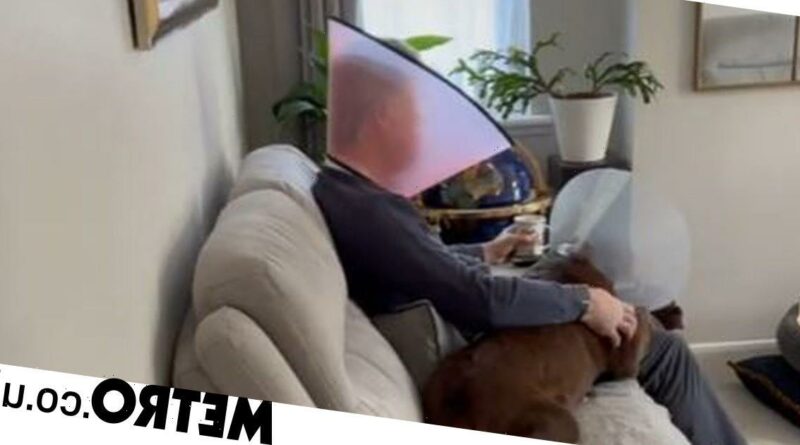 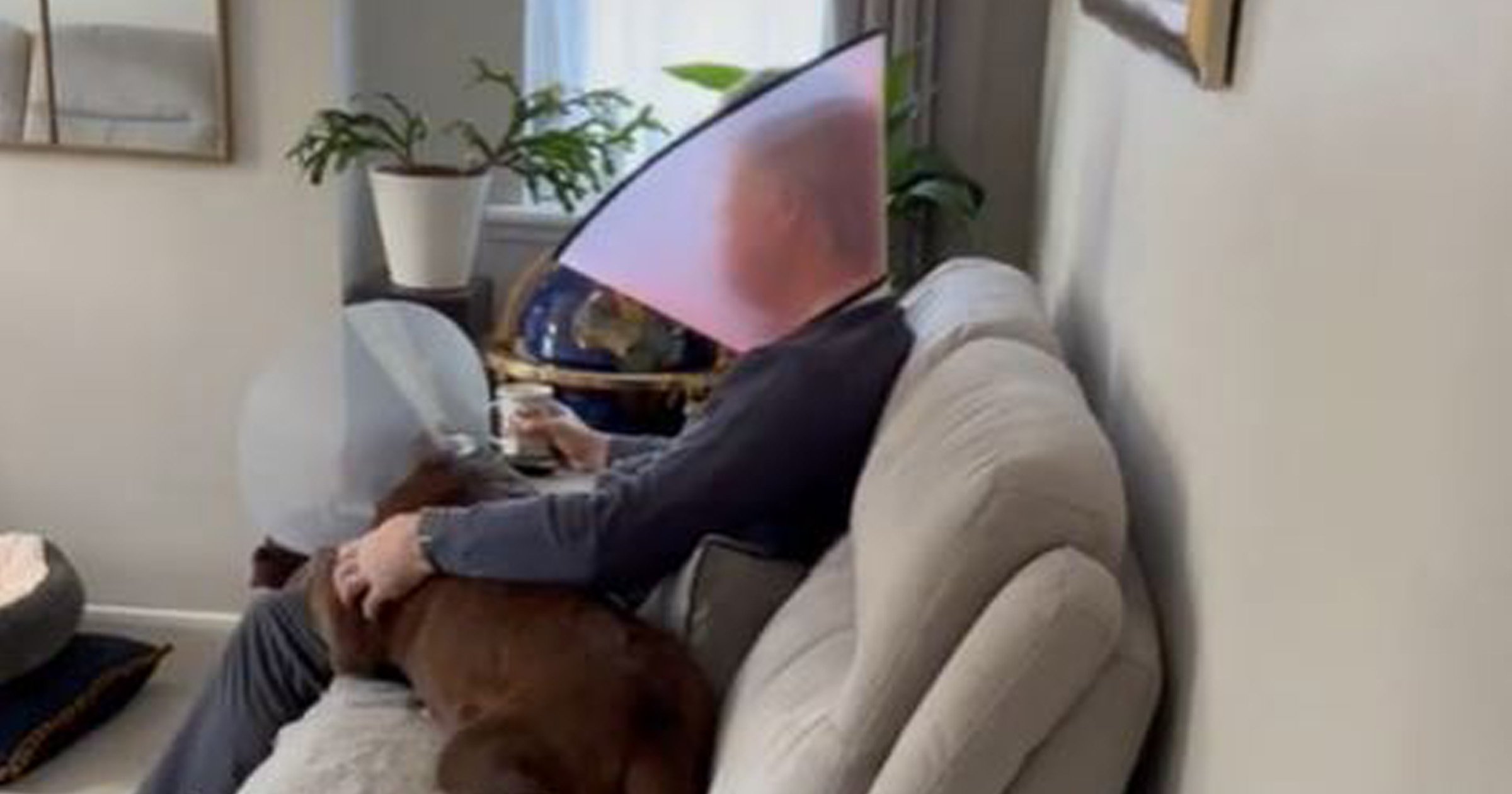 We would do anything for our four-legged friends.

But one dad really has proved that a love for a pet is unconditional.

A man has gone viral on TikTok for making his poorly pet feel better in an unusual way – by sporting a ‘cone of shame’ while his pooch is also wearing one.

Well-known TikTok dog Good Boy Ollie was captured by his owner Alex Morgan recovering from surgery with a cone on, by cuddling up with Alex’s dad on the sofa.

However, as a way of making Ollie feel a little better, Alex’s dad is also wearing a pink cone around his neck – while attempting to drink a cup of tea.

So both man and dog are sat in their matching cones together.

Captioning her video, Alex wrote: ‘Not my dad wearing a cone to make my dog feel less lonely after his surgery.’

Then added: ‘I swear it’s always the dads who didn’t want a dog that end up loving them the most.’

It’s safe to say the technique looks like it worked a treat, as Ollie the labrador is perfectly settled and resting on his lap.

The viral clip has now reached more than 2.1 million people – with many admiring the dad’s devotion to the dog.

One user replied saying: ‘Not all heroes wear capes… they wear cones.’

While another added: ‘We must protect him.’

Another said: ‘This is so wholesome.’

Alex has also posted an update on the situation saying that Ollie had surgery to remove a lump on his eyelid a few weeks ago – everything went to plan and the pooch is now doing great.