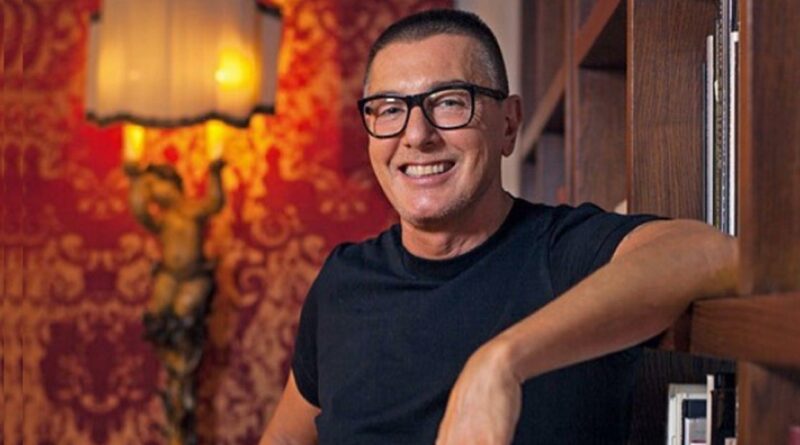 Even though the fashion industry is notoriously difficult to break into, a few designers have dared to take a chance and put their entire livelihoods on the line, sometimes with spectacular results. Italian fashion designer Stefano Gabbana has a fortune estimated at $2.0 billion. As one of the co-founders of the world renowned and prestigious fashion house Dolce & Gabbana, he amassed a substantial net worth. He and Domenico Dolce co-founded the business. After launching their first clothing line for ladies in 1985, they founded their first fashion firm in 1982.

The designs they came up with were a huge success, and they were on the road to prosperity. It was 1989 when they opened their first Asia-based store, and it wasn’t until 1991 that they debuted their first menswear line. A decade later, the public recognized them with the Woolmark Award for Best Women’s Fragrance and the Perfume Academy’s “Best Feminine Fragrance” award in 1993.

8 Donations To Charities And Funding Research

Humanitas University in Milan received an undisclosed grant from the fashion powerhouse Dolce & Gabbana, which it will use further the research on immune system’s response to COVID-19. The Made at Home initiative started by Gabbana and his partner also aims to collect cash for the Humanitas Foundation for Research as a fund for new research and studies, specifically the work of its president, Professor Alberto Mantovani, on the immune system’s response to COVID-19. Humanitas University received significant support through the brand’s Amore for Scientific Research project, which is being carried out in conjunction with this new effort.

7 Employing Team Of Lawyers For His Legal Battles

There have been many conflicts involving the brand, some of which caused them to hire a legal team. Two years ago, Stefano Gabbana and Domenico Dolce were each sentenced to a 20-month suspended prison term for tax evasion, which they both served. Both have been sentenced to six months in prison for failing to register more than a million euros in earnings from a D&G subsidiary in Luxembourg. They rejected the allegations and took the case to the appellate court, where they were both found not guilty in October 2014.

Dinner parties are one of Stefano Gabbana’s favorite pastimes, and he’s recognized for his elegant flair. Gabbana once hosted a extravagant dinner for 400 guests at the Italian house’s new store on Milan’s upscale Via Montenapoleone after showcasing their colorful Spring 2017 collection in the city. White tablecloths, enormous, laser-cut gold place cards, extravagant floral arrangements, and golden candelabras decorated the long table. Guests, including Sofia Richie, Hailey Baldwin, and Cameron Dallas, were served by handsome men in classic bellhop costumes.

A specially designed 50-meter Regina D’Italia was built in 2006 for $50 million with Domenico Dolce. The boat design of Regina d’Italia exhibits a remarkable harmony between flamboyance and simplicity. In this image, Della Role Design shows off its clean metallic exteriors. She has three decks worth of room and outdoor spaces to enjoy. One of the yacht’s most distinctive features is having a large sundeck with many lounge areas and 360-degree views. The boat’s large, custom-built inflatable water slide is another standout feature.

4 Owning Several Properties Including A Castle

An Italian villa on the Island of Stromboli is one of Gabbana’s several estates. The fashion designer also has massive real estate portfolio just like other people with money. To accommodate future growth, the whitewashed façade of the village has a flat roof and portions constructed as modular cubes, all of which are typical of the Aeolian architectural style. However, once you cross the threshold, the conventional design is over. Dolce and Gabbana’s lavish taste is evident throughout the home’s variously decorated rooms, each with its particular shade of brilliant patterns or colors.

Gabbana’s spectacular journey into the designer he is today is mainly due to Sicily’s stunning heritage, food, natural enclaves, crafts, and people. The San Domenico Palace, Taormina, and A Four Seasons Hotel are where Gabbano likes to stay, even though he owns a Sicilian property. Indeed, they found it attractive enough to use it as their launching point for the Alta Moda project in 2012.

Like any other well-known designer, Dolce & Gabbana utilizes personal assistants to aid with the day-to-day tasks of the business. Some staff had to follow crazy rules however it seems that Gabbana is a fine employer. Gabbana said he has an official butler who takes his dogs to the park and returns them to his office, so they are waiting for him when he gets there.

Stefano has always had a soft spot in his heart for all creatures, great and little. Rosa, Tot, and Mimmo, his three Labradors, live with him. Congo and Zambia are the names of his two Bengal cats. Some of his creations bear the impression of his affection for big cats, which he has long held dear. Congo and Zambia are excellent sources of inspiration for him since he carries them into the office. Mali, Togo, and Kenya were the names of three kittens born in 2015 to his cats. Like any pet owner, pet care may be shockingly expensive, ranging from food and grooming to veterinary care.

READ NEXT: Meet Frédéric Arnault: The Son Of Billionaire Bernard Arnault And CEO Of Tag Heuer