Home » Lifestyle » Did Michael Do It? Kyle Richards Broke Her Nose on ‘Halloween Kills’ Set

No pain, no gain! Kyle Richards broke her nose on Halloween Kills after injuring herself on set — but that didn’t stop her from fighting off Michael Myers.

“I didn’t know it was broken when it happened,” the 52-year-old actress exclusively told Us Weekly on Wednesday, October 6, while promoting the horror film. “I just knew I hurt myself, but I didn’t tell anybody. I didn’t want the stunt double to step in and have them be like, ‘Oh Kyle, you know, let the stunt double handle this.’”

The Real Housewives of Beverly Hills star remembered shaking it off and asking an assistant director to get her some Advil before returning to the shoot. 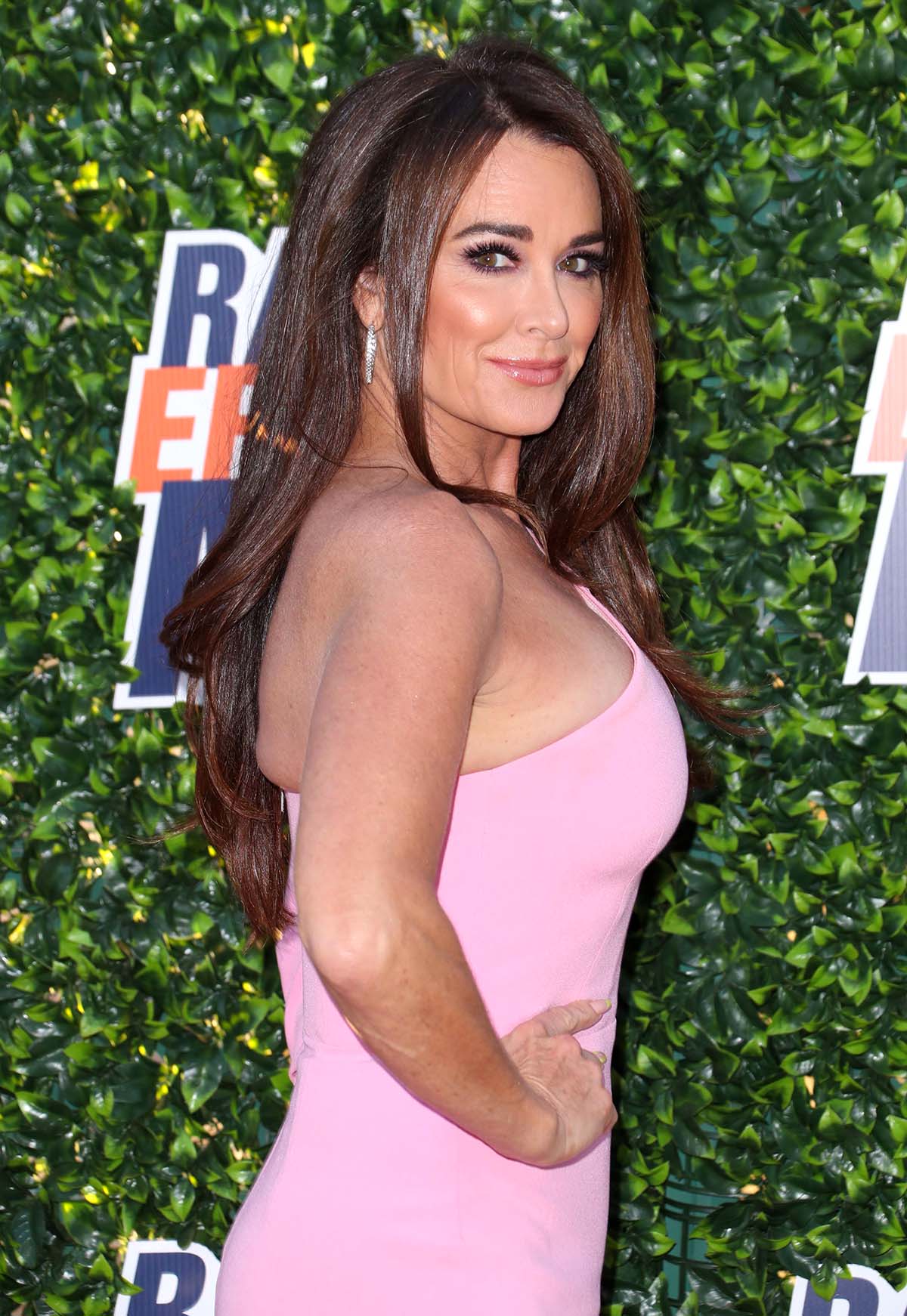 Richards first played Lindsey in 1978’s Halloween. Now, more than 40 years later, the actress is just as “excited” to be stepping back into the role.

“I’m just so happy to be back on the big screen, again, doing what I love most, my first love, which is acting,” she told Us. “I’m just grateful.”

Looking back, Richards noted that she couldn’t have predicted that the original thriller would become such a hit.

“I had no idea it was going to be such a big deal and that, you know, it would have fans still passionate about it after all of these years,” she said. “Just like when I signed on to do the Housewives, I thought I was doing a job for two months and I didn’t know if it was going to be a flop or a hit. And here we are [the] No. 1 show on Bravo all these years later. So, you know, you just never know.”

The Little House on the Prairie alum teased a few haunting moments from the new film after revealing that she was “very scared” after watching Halloween as a kid. Richards pointed to a scene in Halloween Kills when murderer Michael Myers (Nick Castle) is chasing her character through a park.

“It’s dark, but I had to go into that swamp area. The director had given me a heads up before I even signed on the dotted line to do this movie that there were alligators in this area and that they were going to do whatever they could to protect me and make sure that they weren’t around me at the time,” she recalled. “So I had that in the back of my head the whole time waiting for that night.”

Her 3:30 a.m. call time didn’t help her fears of shooting in alligator invested waters either.

“I saw these men with flashlights going through the water and my heart was just, like, there’s just no turning around. There’s no getting out of this now,” the California native explained. “And I went up to the alligator handler who had the stick with the loop on the end. And I was like, ‘How’s this going? What are the chances there’s really going to be an alligator?’ And he said, ‘Well, if I were you with the snakes, I’d be more worried.’ And I was just like, ‘I cannot believe I’m doing this.’ So between that and being chased by Michael Myers, I mean, yes, that’s very scary.”