Home » Lifestyle » Did YOU make fool of yourself at the Christmas party? 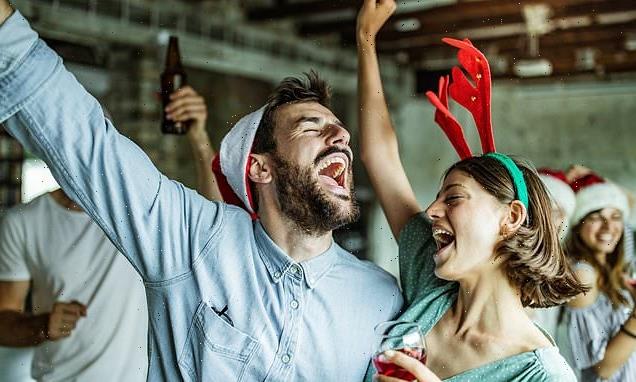 Did YOU make fool of yourself at the Christmas party? Reputation manager reveals how to fix things if you got drunk, had a fight of kissed someone you shouldn’t

It’s supposed to be a time to let your hair down with colleagues and for managers to show their appreciation.

But for those who get carried away with the free booze, the work Christmas party can result in more than they bargained for.

Inappropriate sexual advances, getting recklessly too drunk, fighting, and damaging venue property – are just some of the ways that staff are increasingly having a bit too much festive fun.

Indeed, a survey by business reputation management agency Igniyte revealed 21 per cent of UK staff said their personal reputation, or a colleague’s, had been negatively impacted due to their behaviour at a company Christmas party. 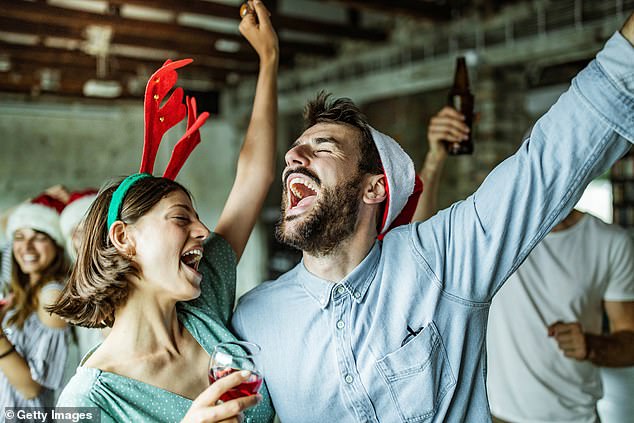 38 % admit to having flirted with or kissed a colleague at a work Christmas event. While 10 % of UK staff say they made an inappropriate comment to a colleague

Here, Roz Sheldon, MD of Igniyte, explains what you should be careful of ahead of this year’s shindig.

And she also reveals how to restore your reputation if you do take things too far.

Flirting with colleagues, kisses and affairs

Presuming you’re both single – flirting with a colleague and the odd snog is fairly harmless.

Yes, you may be embarrassed about people finding out, and perhaps you don’t want to be known as the one who’s a little promiscuous in the office (that reputation can stick) – but flirting and kissing colleagues is really common at work Xmas parties.

Some 38 per cent of people we surveyed admitted they have flirted with or kissed a colleague at a work Christmas event.

So it’s not a stick to beat yourself with the next day if you find yourself regretting that you smooched a colleague. It’s happened to most of us.

However, when it comes out that colleagues have got romantically entangled on the night and they already have a partner – this is where things get ugly.

People have strong opinions on these matters. Although it may be none of other people’s business, it’s never a good look for those involved.

It can really damage other people’s perception of you in the workplace – whether you’re a member of staff or a manager.

How to fix: In terms of trying to fix your reputation, the best course of action is to just be extremely careful with the amount of alcohol you consume to avoid getting drunkenly entangled with any colleagues on the night.

If you find yourself in a situation of an illicit office affair – I would strongly suggest asking those colleagues aware of the incident to keep this information confidential and ask the other person involved to do so too.

Try by all means to mitigate gossip and try to avoid any conversation about it. If people saw you, perhaps be honest, but quickly move on and consider how comfortable you will feel long-term in the office.

Saying things you regret to colleagues

Alcohol makes for loose lips. And loose lips sink ships. Or in this case, when you drop your self-awareness after drinking at the Christmas party, you can often find yourself over-extending or saying something reckless to a colleague. 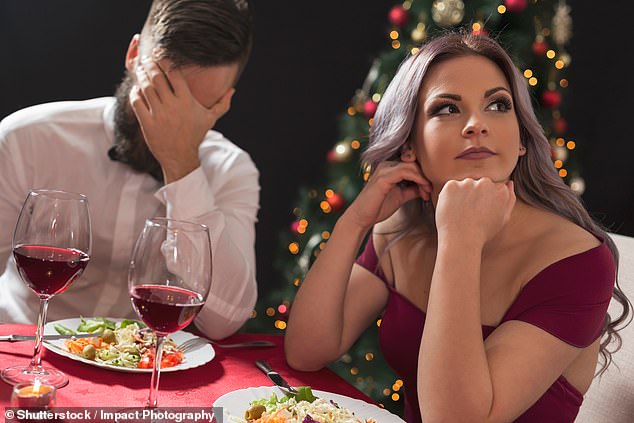 If you find yourself saying something you regret, and rumours start to circulate around the office – the best advice to restore your reputational stock here is to be frank and address the issue

Often, workplace tensions, or home-truths about a colleague, come to the fore. Inappropriate or regretful comments are extremely rife at work Christmas parties.

Some 10 per cent of UK staff say they made an inappropriate comment to a colleague at last year’s Christmas party or said something they regretted.

This typically revolved around questionable statements on someone’s appearance, letting slip how you feel about a colleague’s work performance, or more complicatedly, comments around sensitive topics such as sexual preferences (debates around LGTBQ+ or trans were common according to those surveyed) or comments of a sexual nature to others on the night (most often unwantedly and inappropriately).

This goes a little further – 12 per cent of staff said they have decided not to attend the upcoming work Christmas party due to concerns over a colleague or a boss’s potential unprofessional behaviour.

How to fix: Again, a little bit of conscious preparation before the party is advised – what should I absolutely avoid talking about in case I end up regretting it or offending someone?

If you find yourself saying something you regret, and rumours start to circulate around the office – the best advice to restore your reputational stock here is to be frank and address the issue. Admit you made a genuine mistake and sincerely apologise to those affected.

Some stories of people regretting what they said at the Christmas party from the Igniyte research included an anonymous respondent saying: ‘I told the useless ones what I thought of them’.

Another said: ‘I came on to a work college and I really regret doing that.’

Another said: ‘We got into a very heated transgender discussion which led people to fall out.’

Trashing venue property or getting ejected

You might be thinking – ‘trashing venues. That’s a little extreme’. Christmas parties don’t get that out of hand, do they?

Well, our research found 11 per cent of staff said their companies have received complaints or been banned from a venue due to staff conduct at the Christmas party – relating to being rude to staff or for damaging property.

This is where you really need to be careful. If you are a business that relies heavily on local custom and local reputation, then it really isn’t a good look for your company to become publicly known for getting into trouble at a venue just because you’ve all had a bit to drink – such as defacing a hired function room, being rude or discriminatory to venue staff (sexist or racist remarks), or even fighting with pub staff.

We’ve seen scenarios where members of staff have really brought their business into disrepute due to the way they’ve behaved at a venue and have even seen companies have to release public statements due staff conduct at a venue.

Some of the stories from the research included an anonymous respondent who said: ‘Our company has been banned from 3 venues over a 5 year period.’

You have to be really cautious that you do not get caught up in criminal charges for damaging property due to you being aggressive or too silly when drunk.

How to fix: If you end up doing something like this – the best way to attempt to save face is to personally pick up the cost of the damage for the venue, or if you have been rude or aggressive to someone at the venue, to make sure your colleagues know you have visited the venue personally to apologise.

Not doing so, and just hiding from the responsibility or shame of it, isn’t really a positive look and won’t be looked on fondly by colleagues.

Again, this is much more commonplace than you might think. Our research showed as many as 20 per cent said they or a colleague have been in a physical altercation or heated argument at a Christmas party.

Unfortunately, a lot of people tend to get quite aggressive when drunk and this issue very often leads to HR action.

Especially if senior management are involved – it really isn’t a good look, and businesses don’t want their own reputation to be muddied by high profile staff being violent at work events.

How to fix: If you find yourself in this situation, I would advise making every effort to resolve the issue yourself before HR has to sit you and the other colleague down. Be seen to be an adult.

At the end of the day, you may just want to think – do I really want to get that drunk at the corporate event? Is it worth the anxiety the next day?

However, also watch out for things such as being careful you don’t misuse a company credit card or know how much the drink budget was – these are things that can also come back to bite you and might get HR on your case.

Some 10 per cent of staff surveyed said there had been a case where a company credit card or public funds were inappropriately used at a work Christmas do.

How to fix: Just take it a little steadier this year and make sure you don’t drag your company’s public image through the mud by getting involved by something criminal or highly offensive when under the influence.

8 per cent of UK businesses say their company has been shown in a damaging light due to inappropriate or damning pictures, videos, tweets having been shared online from their corporate Christmas party.

A further 5 per cent of firms say their company’s reputation has been irreparably impacted due to the antics of staff at their corporate party.

How to protect your reputation in advance

As such, a significant number of companies are trying to implement efforts in advance to curb poor staff behaviour at this year’s Christmas party ahead of time.

The advice would be to send clear company communications to staff on the expected professional conduct, and to perhaps even implement a strict social media policy to ensure staff are not sharing potentially damaging social posts online from the party which could affect the way your company looks.

Employees’ personal social media can vary easily be traced back to their company.

For staff – the advice really would be to seriously consider if a few hours of over-excessive drinking at the Christmas party and potential regrettable actions are going to be worth your long-term reputation in your workplace (potentially affecting your wellbeing too).

Also have a think about the types of stuff you are sharing in group chats or posting online from the Christmas party – they could come back as evidence that you were doing something wrong, or you may regret posting them the next day in case your colleagues see. Check those privacy settings.

If you  enjoyed this article…

Dud YOUR career stall during the pandemic? Expert reveals unexpected tips to help you get ahead