Home » Lifestyle » DISPATCH: When home burns, and your job is to cover it 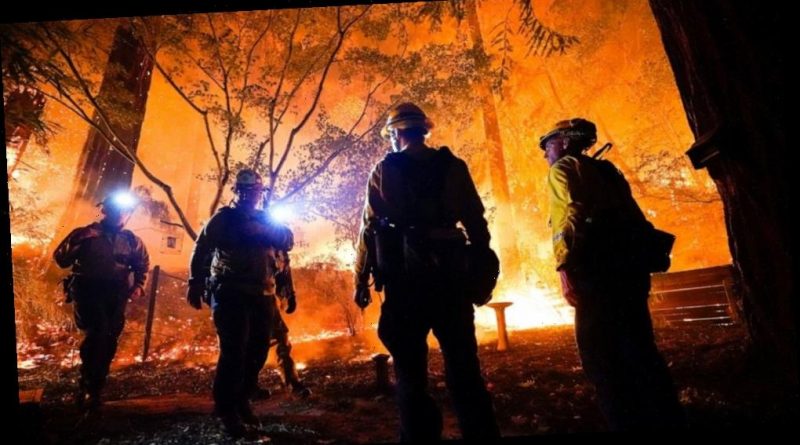 SANTA CRUZ, Calif. — The redwood forests of the Santa Cruz Mountains had not burned in decades. But they burned the year I lived there.

Aug. 18, 2020, will be forever ingrained in my mind, not only as the date on which I found myself displaced from my home by wildfire, but also the day I became a different kind of reporter — one covering the blaze that threatened my own community.

Sometimes, you are in the right position at the right time to the best suited reporter to cover a story — even if it isn’t your beat, and even if you’ve never covered anything related before.

My partner and I had spent the afternoon by the bay, miles from the San Lorenzo Valley. Of course, the wildfire season had already touched our lives as they did across California. Most of the state experienced poor air quality and heavy smoke from a number of fires.

We knew there was fire at Butano State Park that day, but we did not anticipate quite how quickly things would change. We watched anxiously as reports came in that fire was encroaching on Boulder Creek, where we lived, and we were on our way back home when I got the notification that our neighborhood was under an evacuation order.

By the time we neared home, the road was blocked off, and police lines separated us from our house and our pets. We were only able to rescue our animals by begging the police officer stationed at the roadblock to let us pass. We sped to a relative’s house, driving through an ashy haze, our confused cat meowing in the backseat.

In the following days, I followed the fire’s progress on local social media. I learned that several of our neighbors and our neighbors’ friends remained inside the evacuation zone, a perilous place to be. They were fighting the blaze and defending houses without the support of California’s firefighting agencies.

It was a complexity of emotions to learn that a friend of our neighbor’s who did not even live in our neighborhood had probably saved our house from destruction. According to him, the retaining wall on our driveway kept catching fire, and he had put it out. The retaining wall in question nearly touched the wall of the garage; there was little question in my mind that if it had been allowed to burn unfettered, the garage and then the house would have gone down with it.

As I grew to understand the scope of the civilian firefighting efforts from my neighbors, friends, and local social media, I began to realize: This was a story. This phenomenon was larger than my neighbors and my neighborhood, and I certainly had not heard of efforts on this scale in recent California wildfire seasons.

With the encouragement of my editor, I pitched the story to the AP editors managing the wildfire coverage. I usually work with the data team, so a local breaking news story was outside my regular reporting duties But the fire was all that I could focus on. I needed to be doing something relevant and meaningful. My supervisor understood, from his own experience: He had worked in a newsroom in New Orleans during Hurricane Katrina.

So I set out to write about my home and what was happening to it.

How do you ask people — your neighbors — to speak openly about some of the most traumatic experiences of their lives while knowing that it could be printed in hundreds of news outlets across the country? Our shared experience helped, it turned out.

As a fellow fire evacuee, I found sources willing to talk to me — just as I found it easy to talk to them. I am generally more comfortable with public records, wrangling data and analyzing numbers. Not this time. It all felt different.

I asked all kinds of questions. Why did they stay to fight the fires? Why didn’t they evacuate? Did they think the fires were being fought effectively? Are their houses safe? How do they know?

Asking people whether their homes were still standing felt very personal. Many of them, like me, were reviewing photos posted on social media, trying to get a glimpse of their homes. And while I collected interviews for the AP’s coverage, I found that any information my sources had could shed light on the status of my own neighborhood.

But even more than that, I realized: They trusted me, these neighbors who had become news sources. I was telling their story, and in the process I was telling mine, too. I was reminded of the importance of representative media as well. Sometimes only a community’s members can see which of its stories are not being told.

Later, I pitched a second original story idea about the wildfires — this time with a data element, my area of expertise. I decided to combine the Environmental Protection Agency’s air-quality data with county-by-county population numbers to get an idea of the human impact of the smoke.

I was struck by what I found: The number of individual exposures to dangerous air quality caused by smoke this past year stood out compared to the numbers going all the way back to the year 2000.

It was well received, and I doubt that it will be the last reporting I do about the fires and their impact. “Fire season” in California has truly become a season alongside spring and summer, and the story of how the West is being transformed by fire is not going away.

And neither is the experience that I had. A story had touched me in a personal way. It came, quite literally, to my front door. And that will change forever the way I think about, and report on, disaster.

“Dispatches,” an occasional series, explores the crossroads between journalism and life through the eyes of journalists across the United States. Camille Fassett is a corps member for the Associated Press/ Report for America Statehouse News Initiative. Report for America is a national service program from The GroundTruth Project that places journalists in local newsrooms to report on undercovered issues. Follow Fassett on Twitter at http://twitter.com/camfassett