Home » Lifestyle » Do YOU call your niece or nephew 'nibling'? 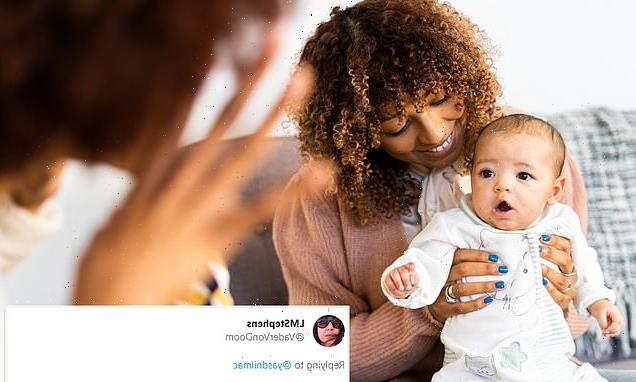 Do YOU call your niece or nephew ‘nibling’? Woke generation sparks sudden comeback of bizarre gender neutral term dating back to 1950 – but critics brand it ‘skin-crawling and awkward’

If you’ve spotted the phrase ‘nibling’ being bandied about on social media of late, it’s likely you may have assumed the person using it had misspelt the word nibbling.

But in actual fact, the term is becoming increasingly popular as a non-binary way of describing a sibling’s child if you’re an aunt or an uncle.

While most of us Britons are more accustomed to the traditional terms niece and nephew, ‘nibling’ is the woke new gender neutral expression – and it’s dividing opinion among social media users.

In actual fact, the word is not that new; it dates back to the early 1950s and is widely credited to Samuel E Martin, a professor of Far Eastern linguistics at Yale University, according to a recent ‘Words We’re Watching’ post by the American online dictionary Merriam-Webster. 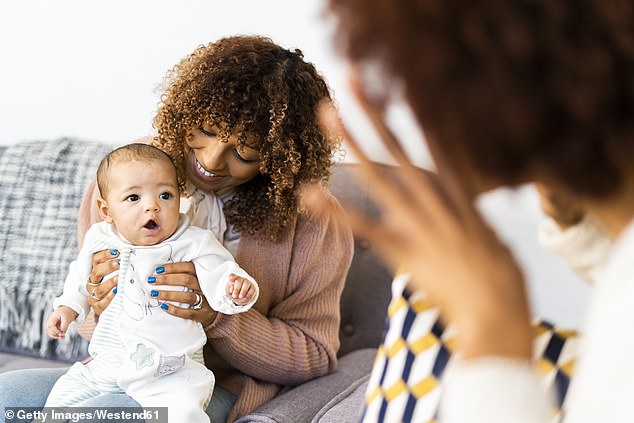 It was coined by combining the ‘ibling’ element of the word sibling with the ‘n’ from niece and nephew in order to create a non-binary term, like ‘parent’ and ‘child’.

While it spent its first five decades of existence in relative obscurity (bar being a runner-up in the New Word Challenge of the Independent on Sunday in 2005) ‘nibling’ appears to be making a fresh comeback.

It’s certainly being embraced by Gen-Z and millennials all over the world on social media, with dozens dropping it casually into conversation on Twitter.

‘So talented, my nibling!’ praised one proud aunt, while another user posted: ‘Meant to be flying to Auckland in just over a week to meet my nibling and see my family for the first time in over a year.’ 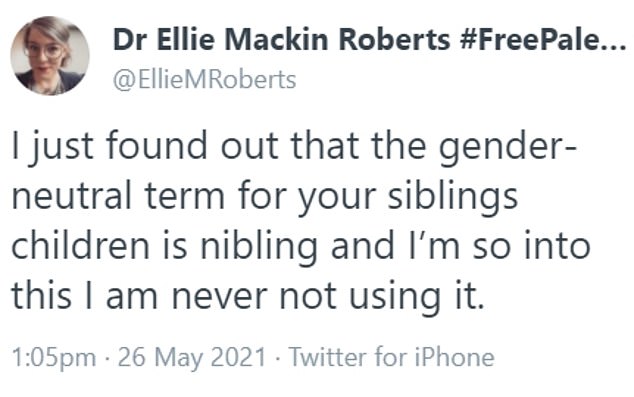 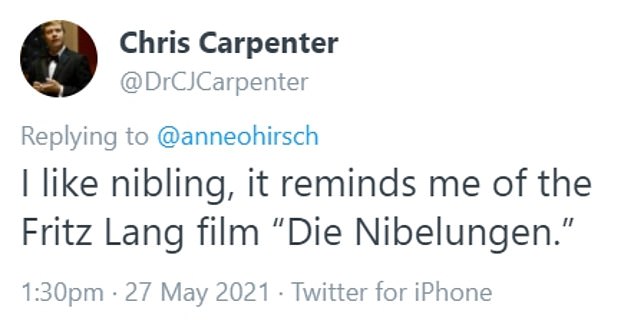 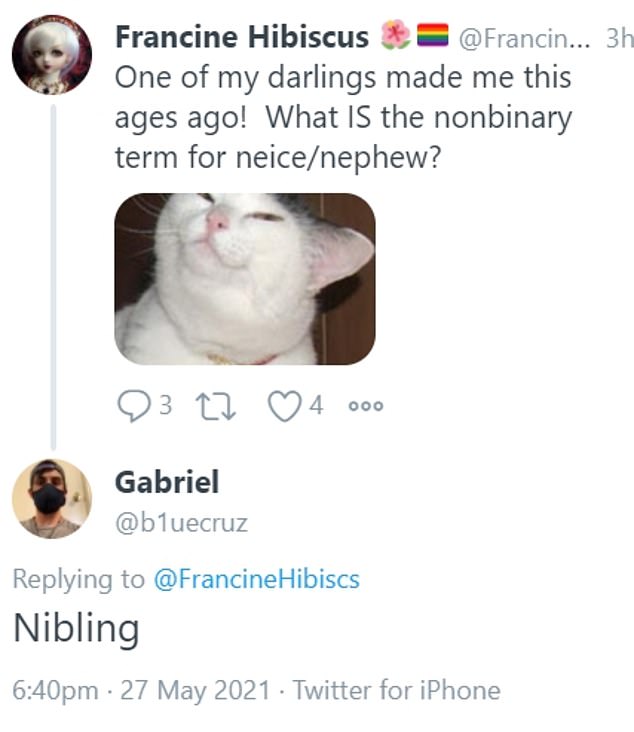 The gender neutral term has certainly being embraced by Gen-Z and millennials all over the world on social media, with dozens dropping it casually into conversation on Twitter

But critics of the unconventional phrase have branded it ‘awkward’ and even ‘skin-crawling’.

Writing in Refinery29, Olivia Harrison admitted: ‘It’s a word that makes my skin crawl, a word that I can’t say aloud without miming a gag.’ 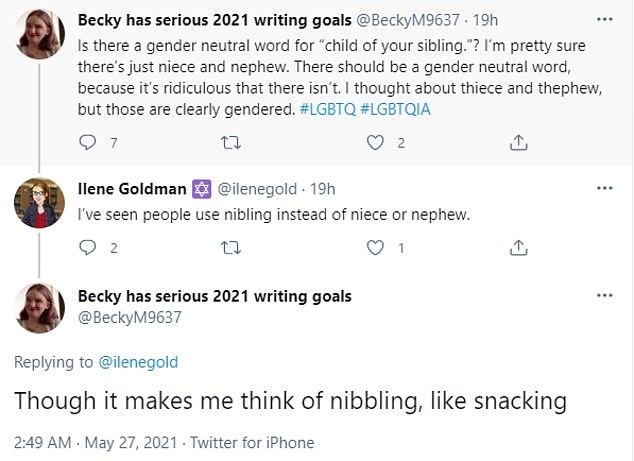 She added: ‘Don’t get me wrong, I think gender-neutral terms are really important. Gender is a social construct and the gender binary is limiting and even damaging for so many, which is why it’s imperative to normalise gender-neutral language… but we don’t need nibling.’

Others admitted it didn’t appeal to them either, with one Twitter user claiming she tried using it in conversation but it felt ‘awkward’.

Another wrote: ‘I’ve been doing “My sister’s kid” or “My sister’s eldest”. Awkward, but not as awkward as nibling.’

So, will you be introducing nibling into your lexicon?

Where did nibling originate? Obscure 1950s word that started to become popular in the noughties is now the woke title of choice for nieces and nephews

Samuel E. Martin, a professor of Far Easter linguistics at Yale, is widely credited with coining the word nibbling in 1951, although Merriam Webster hasn’t been able to verify these claims.

The dictionary received a letter in 1996 from a writer in Pennsylvania, inquiring about the term, but at the time there was no evidence of it being in use.

In the earl noughties, however, the word began to gain traction, with another letter being set to Meriam Webster about its use from a writer in Ft. Lauderdale, and nibbling starting to appear in print.

In 2004, the Bristol Post reported that schoolchildren were urging family and friends to use ‘nibling’ instead of niece or nephew in a bid to get the word into the Oxford English Dictionary.

In the same year, the Guardian published a story about a woman’s ‘auntistic’ relationship with her ‘niblings’, which she described as an ‘ingenious’ gender neutral term.

The following year, nibbling was a runner up in the Independent on Sunday’s contest with Collins Dictionary to find a new word. It entered Collins in 2012 as a user-submitted term and is under investigation for approval.