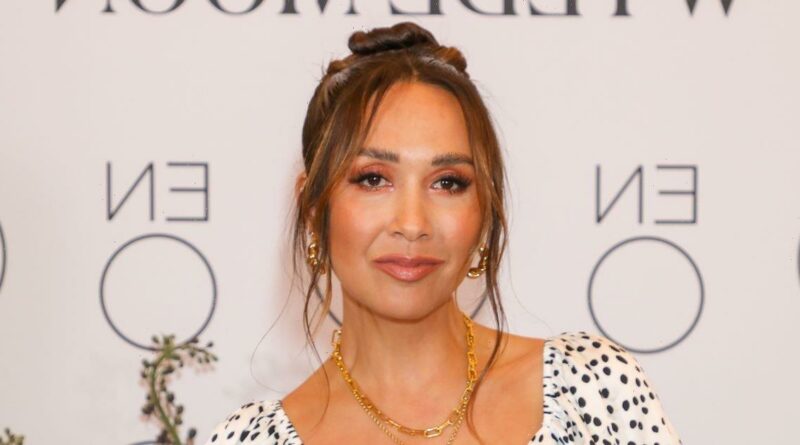 The Smooth Radio presenter, 43, appeared on Anna Whitehouse’s podcast ‘Dirty Mother Pukka’ where she opened up about her experience.

Having revealed in October 2021 that she’d tragically suffered four miscarriages before giving birth to her son Apollo, the former Hear’Say singer shared with Anna that words that had helped her through her grief.

Speaking on the podcast, she said: “I'll tell you something that's quite magical. Your body holds the DNA. I didn't know this.

“So when you become pregnant, there are cells in your body…that's how you know if you're carrying a boy or a girl now because they do those newfangled tests. And your baby almost helps you when you fall pregnant.

“I break this down to my children, it fixes whatever needs to be fixed in your body. That's why you feel you can feel very strong in pregnancy.”

Myleene continued: “It sends out all these little messages and helps with the organs, helps tweak whatever needs to be strengthened and that DNA is left behind. So if you’ve carried a boy, it’s in your DNA. They never leave you.”

After hearing Myleene’s words of wisdom, host Anna – the founder of Mother Pukka – was brought to tears.

The presenter responded: “That is, I think, probably one of the most beautiful things I have ever learned.”

She added: “I don't think anyone has ever articulated in a way that you just have, what I felt has never left.”

TV presenter Myleene, who is the mother to Ava, 14, Hero, 10, and Apollo, 2, explained that she often tells her friends who have had miscarriages the story as a way of comforting them too.

“They don't leave and maybe I've articulated it in the way I explained it to my children but as soon as you fall pregnant, your cells are their cells, you help each other and when I was told that and it was a doctor that told it to me and then I then I looked it up, I sent it to all my friends that have had miscarriages – it gave me loads of peace,” she said.

Myleene,who bravely opened up about her heartbreaking experience with miscarriage in her moving documentary Myleene Klass: Miscarriage and me, has previously taken to Instagram to giveadvice on what to say to someone who has had a miscarriage.

However, she encouraged that people shouldn’t say things such as "at least you're still young", "at least you can still have kids" and "it wasn't meant to be".

If you have been affected by this story, you can visit www.tommys.org for more information.

For updates on all your favourite celebs and TV shows, sign up to our daily newsletter here.