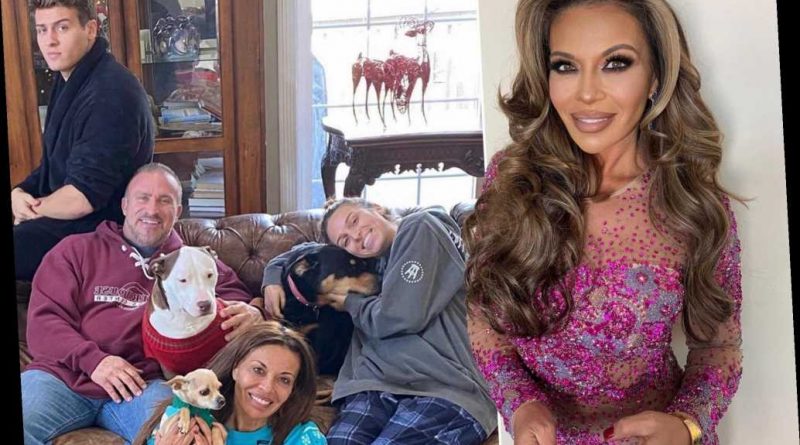 The “Real Housewives of New Jersey” star, 50, says fans will “finally understand [the] family dynamic” with her ex-husband, Frank Catania, and current boyfriend, David Principe, this season since Principe is getting more air-time.

“If you’re a friend of mine or if I’m dating you, if you’re my boyfriend, you don’t really have me, but you have a whole family behind me of really good people,” she told Page Six in a recent interview. “That’s why I’m very picky with who I let in my life. Not everybody deserves it.”

As “RHONJ” fans recall, Frank and Dolores have been divorced for roughly two decades, but remain extremely close and often spend time together — even without their children, Gabrielle, 25, and Frankie, 22.

Dolores told us that it didn’t take long for her and Frank to get in a good place after their split all those years ago, saying, “There wasn’t a lot of time to play games when you have two children involved that can get hurt by the fact that their parents would fight. After my divorce, I decided I was going to make the best of whatever family I had. So I put a lot of things aside — my frustration, my resentment — things like that, that would happen in any kind of infidelity in a relationship. And I make myself be the bigger person, which I to this day, am very proud of and it worked out for the best of everybody.”

Dolores and Principe were first linked in 2017 and made their red carpet debut together in 2019. Since then, Frank and Principe have gotten close and Principe even cared for Frank after he needed surgery. Son Frankie also lived with Principe while studying for his exams amid the coronavirus pandemic.

“It was always like this,” Dolores said of how close they are. “It took a while for David to get used to the fast pace of my life and the people in and out [of my house]. That took him a little getting used to. But like anything else, it’s all positive. It’s good energy.”

“The Real Housewives of New Jersey” airs Wednesdays at 9 p.m. ET on Bravo.