Kelli Sage, 29, a self-styled ‘Tickle Queen’ who specialises in foot fetishes, sees clients between properties in New York and Florida.

In September last year Kelli was giving food to a homeless man on the streets of New York when his pit pull jumped up and bit her nose, tearing the left side from her face.

The sex worker was rushed to hospital and underwent the first of four surgeries she needed to repair the nose. But just four days later she was back at work, explaining she couldn’t afford to take the time off, even if her face was covered in bandages. 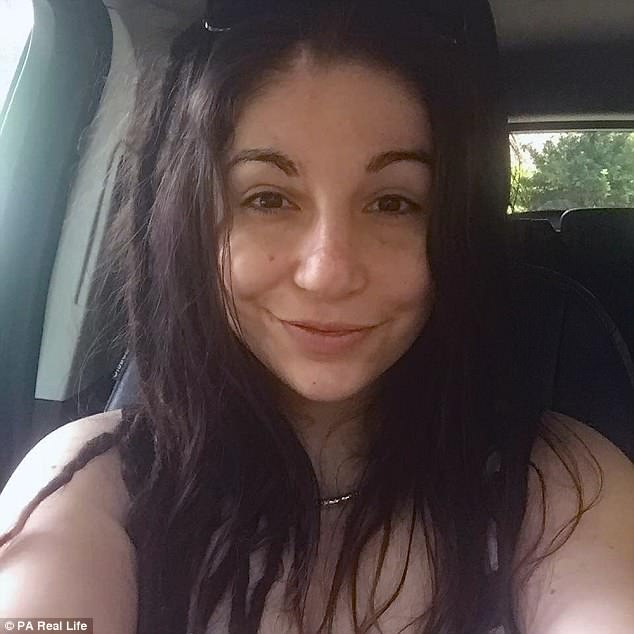 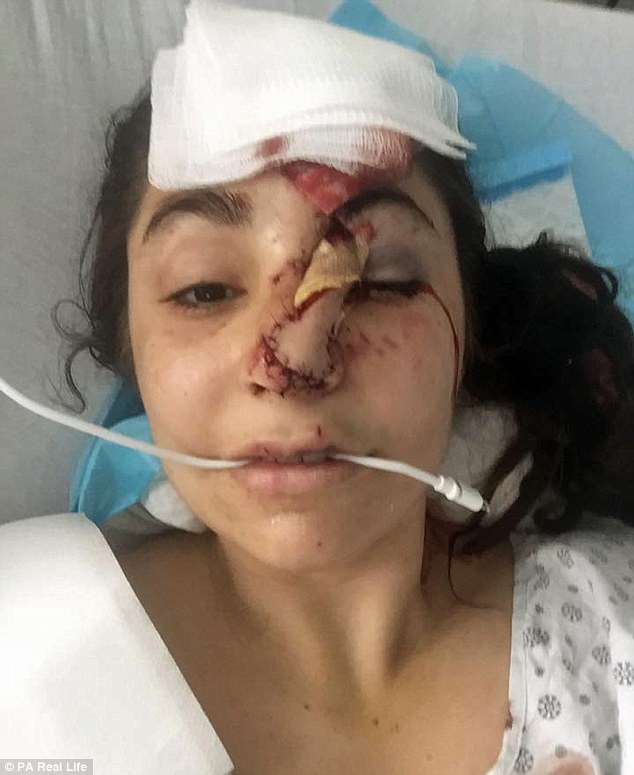 Injury: Kelli’s nose was bitten off by a dog when she tried to feed its homeless owner on the streets of New York in September last year 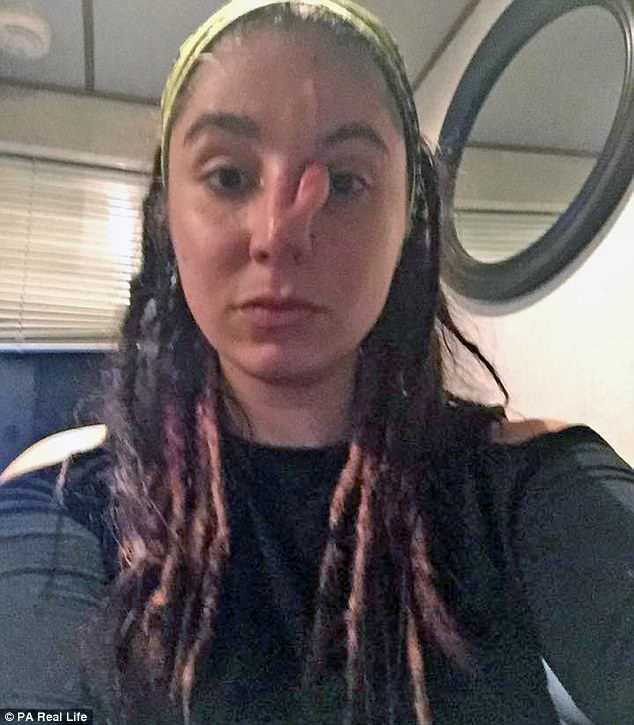 Determined: Kelli immediately underwent the first of four operations to have the gaping hole in her nose replaced by a flap of skin from her forehead and returned to work four days later. Pictured, Kelli today with the flap of skin on her nose. She will undergo one further operation

‘I panicked about how I was going to continue with the job I love after what happened.

‘But I had bills to pay, so there was no way I could stop working completely, and the interest did not dry up.’

Kelli, who is polyamorous but is currently in a monogamous relationship with a man, would not disclose how much she earns but said it is enough to pay for rent on a three-bedroom home and a fetish studio. She sees clients at both properties. 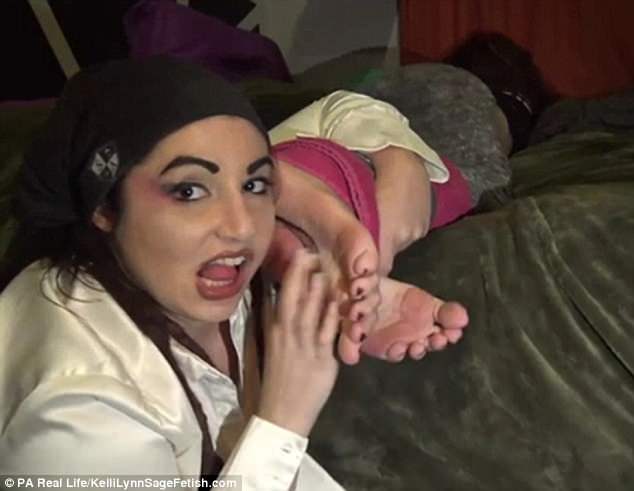 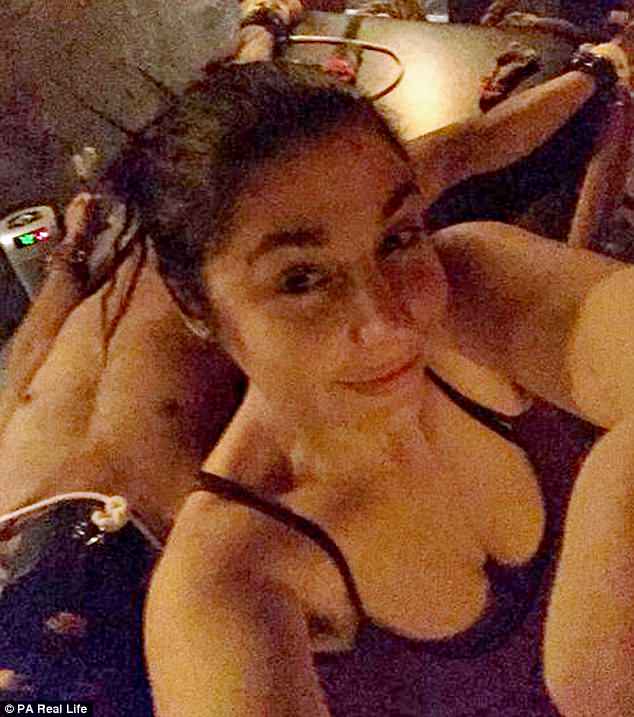 Recalling the day she was attacked, she said: ‘It all happened so fast I can barely remember anything until I went to touch my nose and realised there was nothing there.

‘Blood was streaming down my face onto the floor and I started shouting for someone to call 911.

‘Even then, I didn’t blame the dog, he was protecting his space and I shouldn’t have moved into it like I did.’

Kelli was taken to New York’s Bellevue Hospital where she was given the  choice between having a skin graft from her legs or bottom, to help repair her nose, or flap surgery, where the skin would be used from her forehead to cover it, while remaining attached. She opted for the flap. 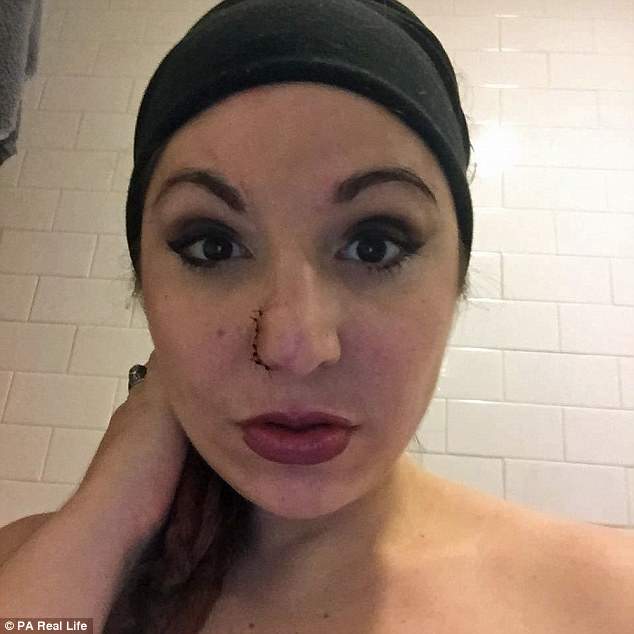 Concerned: Kelli, pictured before the accident, was worried about how her injury would affect her business but said it ‘did not dry up’ following the bite 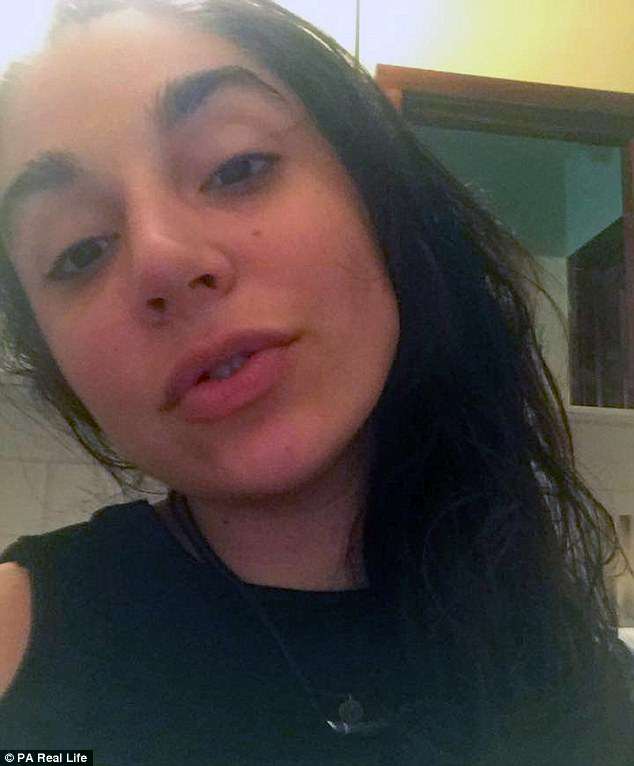 Professional: Kelli would not disclose how much she earns but said it is enough to pay for rent on a three-bedroom home and a fetish studio

‘I could see almost everything inside my face,’ she said. ‘I was terrified.’

She continued: ‘I was told a skin flap has a lower risk of the repair failing, compared with a skin graft.

‘Also, I really didn’t want my butt or legs to be damaged with the skin being taken from there, as well as my face.’

Four days after the attack, following the first of four operations, Kelli was discharged – wasting no time in getting back to work.

‘I had bills to pay,’ she said. ‘It wasn’t an option for me to just stay at home. The insurance covered most of my surgeries, but I had my rent to pay, bills and needed food to eat.’

However rather than giving her usual sessions three times a night, Kelli did some of her work using video chat. 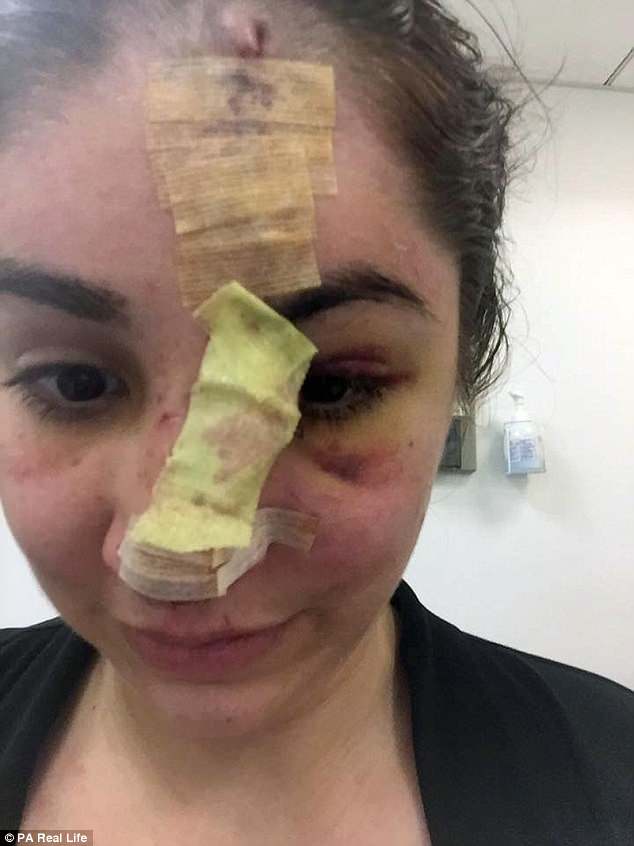 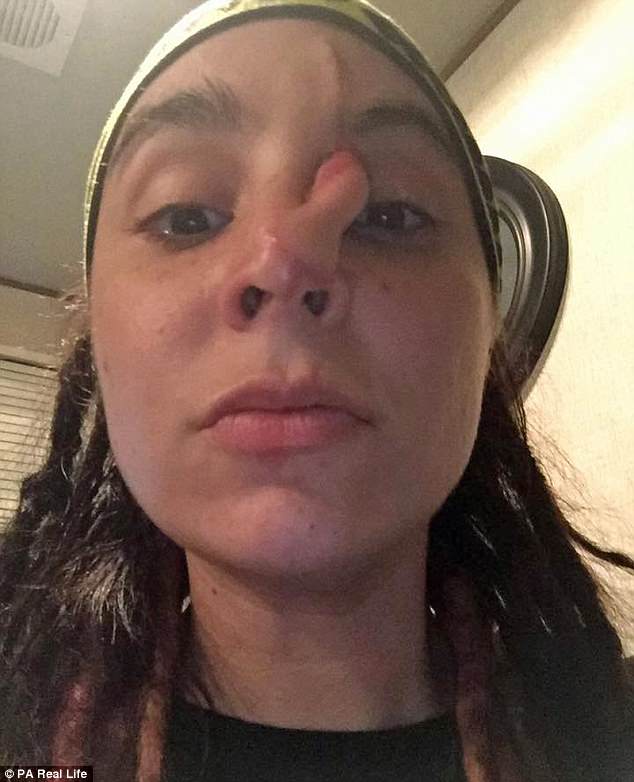 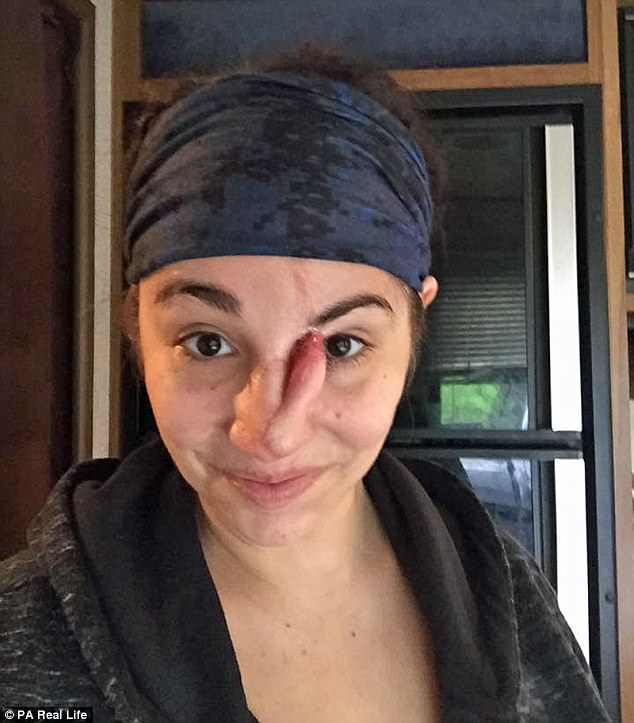 She added: ‘I avoided doing too many face-to-face sessions, but I do a lot of work over video call and text, which still meant I was making money.’

She also remains adamant that she will not work with clients who judge her only by her looks.

‘If people are just around me because they think I am pretty, then I don’t want them in my life,’ she said.

‘Good, decent people don’t care what I look like and most of my customers didn’t mind. Also, I had to bills to pay, so I didn’t have a choice. I was just happy I was alive.’

And, despite her ordeal, she refused to tell the police which dog bit her as, an animal lover, she did not want to see the animal or the homeless man punished.

She continued: ‘Now I am fundraising for this final operation, as it is not covered by my insurance. I have some scarring on my face, but the repair work I have had done has been fantastic.

‘But it’s been a hard nine months for me. I felt quite depressed after the attack, but my job, which I love, has really helped me through.’