Home » Lifestyle » DOMINIC SANDBROOK: What IS it Corbyn can’t understand about democracy?

DOMINIC SANDBROOK: What IS it that Corbyn and his rabble alliance don’t understand about democracy?

A few nights ago, my son and I watched a Batman film, the first of the trilogy starring Christian Bale as the superhero.

The plot, some of you might remember, involves a villain who proposes to introduce a hallucinogenic drug into Gotham City’s water supply.

The drug in question is a ‘fear gas’, which causes you to see what you most dread. Once released, it will induce mass hysteria in Gotham’s population, plunging the city into anarchic violence. Thank goodness, then, that Batman is on hand to save the day!

Alas, not even the most dashing superhero can save Britain. For our own version of the hallucinogenic drug has been active for the past three years, driving some people completely mad. Its name, of course, is Brexit. 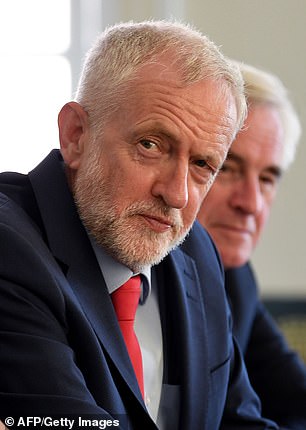 Despite public unease at the thought of a disorderly Brexit, polls show that almost half of the electorate would take No Deal if it meant no Corbyn premiership

There are victims on all sides, but by far the saddest cases are those unreconstructed Remainers so inflamed by hysterical disappointment that they have completely lost touch with reality.

The issues were clearly and fully aired, both sides had considerable airtime, and in the end the British people had their say.

That should have been that. For my part, I voted Remain and am a democrat.

But more than three years after the vote, many supposedly intelligent people are still incapable of accepting it.

So here we are, weeks from leaving the EU, and still a rag-tag gang of disaffected MPs are scouring the parliamentary rulebooks, determined to find a way of extending the deadline — yet again.

Yesterday’s episode was surely the most shambolic of the lot. Alarmed that Boris Johnson might take us out on October 31 without a deal, the PM’s adversaries have spent the past few weeks talking up the fantasy of a Government of National Unity, to be headed by anybody from Ken Clarke to Harriet Harman.

This went down very badly with Jeremy Corbyn, who regards Brexit as an irritating distraction from his project of turning Britain into the new East Germany.

Two weeks ago, he published an open letter suggesting that MPs should kick out Mr Johnson in a no-confidence vote and install him as PM instead.

Yesterday was to be the big day when all would be decided. The self-styled Rebel Alliance would hammer it all out; then, when they were ready, the plotters would make a grand declaration to a grateful electorate. 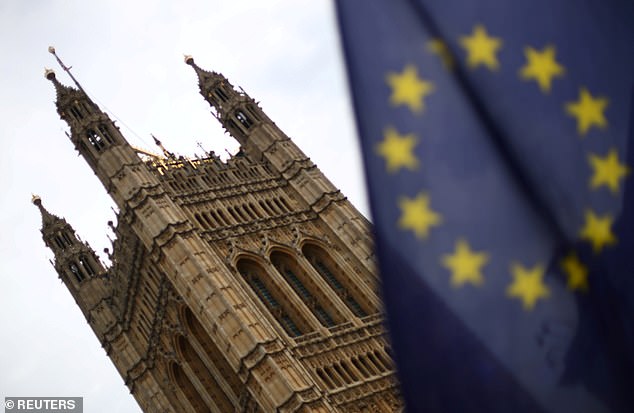 More than three years after the vote, many supposedly intelligent people are still incapable of accepting Brexit

But the Remainers’ big day was, as usual, risible.

It began with the unedifying spectacle of Corbyn’s Brexit spokesman, Sir Keir Starmer, on Radio 4’s Today Programme, stonewalling perfectly reasonable questions from John Humphrys, while desperately trying to persuade listeners his leader could unite a ramshackle army of pro-Corbyn Labour, anti- Corbyn Labour, Lib Dems, SNP, Tory rebels, Greens and the Independent Group for Change, or whatever they now call themselves.

This went about as well as you might imagine, with Starmer flapping and floundering like a fish on a hook.

Contrary to Starmer’s claims, Mr Corbyn is not a universally loved unifying figure, but the most toxic political character in the land.

The latest YouGov polls show that just 15 per cent of people think he would make the best Prime Minister.

Indeed, despite public unease at the thought of a disorderly Brexit, polls show that almost half of the electorate would take No Deal if it meant no Corbyn premiership.

The thought of such a man —an unrepentant Marxist, a cheerleader for Vladimir Putin’s Russia and an apologist for the Provisional IRA — presiding over a Government of National Unity would be comical if it were not so terrifying.

And clearly many of the self-styled rebels agree. For by the time the much-heralded meeting broke up yesterday, the no-confidence vote had been relegated to the back burner.

Instead, a bland statement said they would ‘act together to find practical ways to prevent No Deal, including the possibility of passing legislation’.

Not this again! We’ve been through all this before, when Remain MPs tried to seize control of the Commons and forced through a series of ‘indicative votes’ on a preferred Brexit outcome.

And it was, as you may recall, an utter fiasco, with no option securing a majority.

If this chaotic rabble can’t even agree among themselves, how on earth can they expect us to let them take control?

And don’t they understand how enraged millions of people would be, to see Britain’s exit from the EU frustrated by such obscure machinations?

But worse was to follow. Late yesterday afternoon, some of the rabble, led by the Lib Dems, the SNP and Labour’s John McDonnell, reassembled in Westminster to unveil plans for a rival ‘People’s Parliament’ if Mr Johnson ignores them.

What arrant, arrogant, dangerous nonsense! Parliament is the people’s Parliament. We don’t need another one — and by what right would a hard-line Marxist such as John McDonnell, let alone a glorified student discussion group like the Lib Dems, claim to convene one?

And one other thought. If they are so exercised by the prospect of No Deal, as they claim, why didn’t the Lib Dems, the Greens, the Anna Soubrys and all the rest of them vote for Theresa May’s deal?

They had three chances to do so, and they refused every time. So if Britain does crash out without a deal, these inflexible Remainers will deserve a large share of the blame.

They’ll never accept it, of course. It never occurs to them that democracy often means living with defeat, or that true political maturity lies in accepting you might be mistaken.

For deep in their intellectual DNA, as with so many hard-core Euro-enthusiasts, is the unshakeable conviction that they are the chosen, the saved, the saints, while the rest of us are irredeemable sinners.

All of this brings me to the latest victim of Brexit-induced madness, the Archbishop of Canterbury, Justin Welby.

In the past, the Archbishop seemed to be a nice, sensible sort of fellow. But now he, too, is in danger of being sucked into the hysteria of the liberal intelligentsia.

The Archbishop announced he’d be glad to do so, provided that such an initiative ‘doesn’t aim to stop or delay Brexit, and has cross-party support’.

But almost by definition, a citizens’ assembly would be a Remain front. After all, the MPs who invited him — the likes of Hilary Benn and Yvette Cooper — are not exactly neutral. 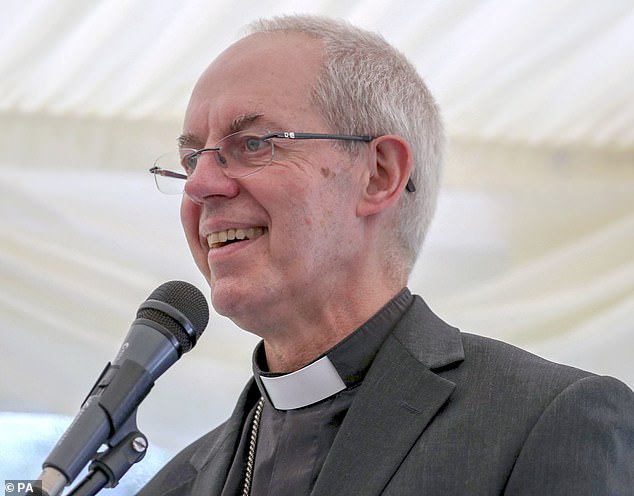 Then the Bishop of Buckingham stuck his oar in, insisting clergymen had the duty to ‘challenge the attacks, the xenophobia and the racism that seem to have been felt to be acceptable at least for a while’.

I didn’t vote Leave, but even I’m offended by that. To attribute Brexit to ‘xenophobia’ and ‘racism’ is snobbery.

For the past three years, though, this stuff has been par for the course. Thrashing around in the madness of disappointment, the ultra-Remainers see themselves as holy warriors, fighting the good fight against the forces of evil.

But I can’t be the only former Remain voter who wishes they would recognise reality.

And if they had an ounce of humility, they’d admit it.