Home » Lifestyle » Don’t ruddy patronise me just because I’m over 50!

Don’t ruddy patronise me just because I’m over 50! A businesswoman’s cry from the heart that will strike a chord with millions

The young GP in my local surgery had never met me but was perfectly polite and friendly as I sat opposite her.

‘What’s the problem?’ she asked. I explained that I was going through a stressful few weeks with my business.

I produce a make-up line for older women, a business with a £2m turnover, and thousands of customers across the globe. With an upcoming trip to Los Angeles, where we were providing gifts in the Oscar goodie bags, I was beginning to feel overwhelmed. I was convinced the palpitations and painful indigestion I’d been suffering were down to stress or anxiety.

After I’d finished, I could tell by her line of questioning that she hadn’t really listened to a word I’d said. She asked me about my diet and what time I was eating meals — which incidentally was the same as it had always been. 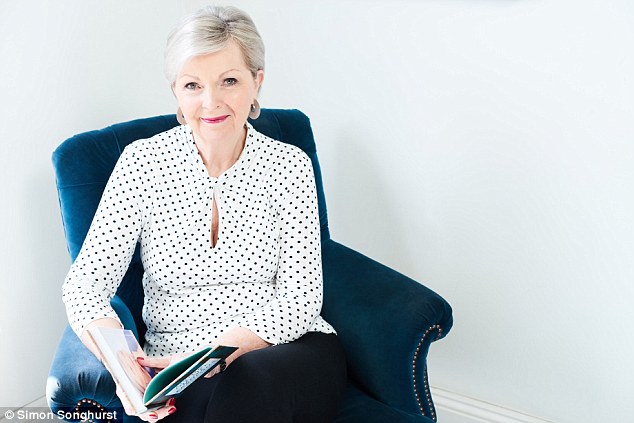 Tricia Cusden, 70, (pictured) has become more aware of ageism since setting up her business Look Fabulous Forever. She shared her views on the stereotypes associated with being over 50

Then came the killer line: ‘I think we’re going too long without food,’ she said softly, writing out a prescription for anti-acid tablets. ‘And we also need to stop drinking diet cola, which is probably making our indigestion worse’.

I was stunned into silence. I suppose it’s a reasonable medical diagnosis (though it turns out she was wrong and it was stress-related). But her use of the words ‘we’ and ‘our’ took me by surprise. Because for the first time in my life, I felt I’d been talked down to like a stupid, little child.

The reason? All I could put it down to was the fact I am 70 years old. To this young GP, I was ‘an old person’.

I was reminded of the recent brilliant BBC programme Nothing Like A Dame, a witty documentary featuring a wonderfully energetic and very funny conversation between Dames Judi Dench, Maggie Smith, Joan Plowright and Eileen Atkins — whose combined age totals 342 years.

At one point Dame Judi — sharper at 83 than many a quarter of her age — recounts how she was recently attended to by a paramedic after being stung by a bee (on her bottom). This young man’s first question to the multi-Oscar winning actress was ‘Have we got a carer?’ Dame Judi’s hilarious retort is not publishable in a family newspaper. I very much doubt he will be making the same mistake again.

Yet like Dame Judi — and so many other women of a certain age — I don’t need to be spoken to as if I’m decrepit. I’m fit and healthy, my mind is sharp. I like to think I don’t look like someone in her eighth decade. In fact, only recently when I appeared on Good Morning Britain, the host Piers Morgan couldn’t believe my age.

I keep busy with the day-to-day running of my business. I have a first-class degree. I’m not superwoman and can feel stressed by my life sometimes. But that has nothing to do with age. 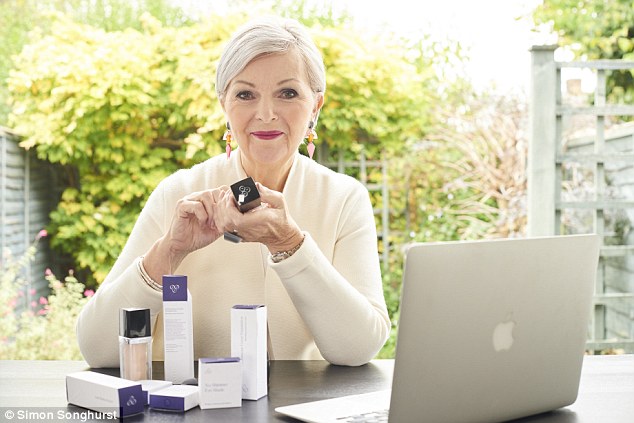 Tricia questions how people are suppose to shine surrounded by products against aging. Her make-up line offers products to older women across the world

Yet all across the Western world, women are being ignored, talked down to and patronised, simply because of a number. When I wrote about my recent experience with the GP in a blog, I was inundated with responses.

‘Wait until you start getting called “dear” — just horrendous,’ said one. Another told me: ‘I hate it when shop assistants call me “my lovely” or similar patronising names. I now retaliate by calling them by the same term and they always look surprised, but hopefully they get the message.’ A third observed: ‘I am 62 and for the past 15 years all I have been from doctors for every complaint: “Well, women your age . . .” I told off the last doctor who said that.’

Ageism in society is something that I’ve been more aware of than most in the last five years since I set up my business Look Fabulous Forever. The beauty industry slaps the words ‘anti-ageing’ on every product. If you’re ‘anti’ something, you’re against it. What chance do we have to shine if everywhere the media are telling us we have to look youthful?

I will admit that turning 70 did have an impact on me. My birthday is on Christmas Day and I remember waking up and thinking: ‘How did this happen?’ Brought up in an era where we were told that ‘three score years and ten’ was a good innings, it brought my mortality into sharp focus. Yet I may have another 30 years on this planet, so I’m not about to waste them worrying.

But society seems to insist on lumping everyone over the age of 50 into one homogenous group of ‘doddery technophobes who are incapable of doing their shopping online’, as a blog comment put it.

Yet we are as diverse a group as any. I was born in 1947 post-war Britain, in an era of rationing. I was a teenager in the 1960s, had two daughters in the 1970s, went back to education in the 1980s and was a successful career woman in the 1990s, running my own management consultancy.

We live in a deeply ageist society where everything feeds into looking as youthful as you can for as long as you can. Advertisers, retailers, the medical profession are all doing it. But we have to stop seeing older women as less worthy of being heard and less interesting. 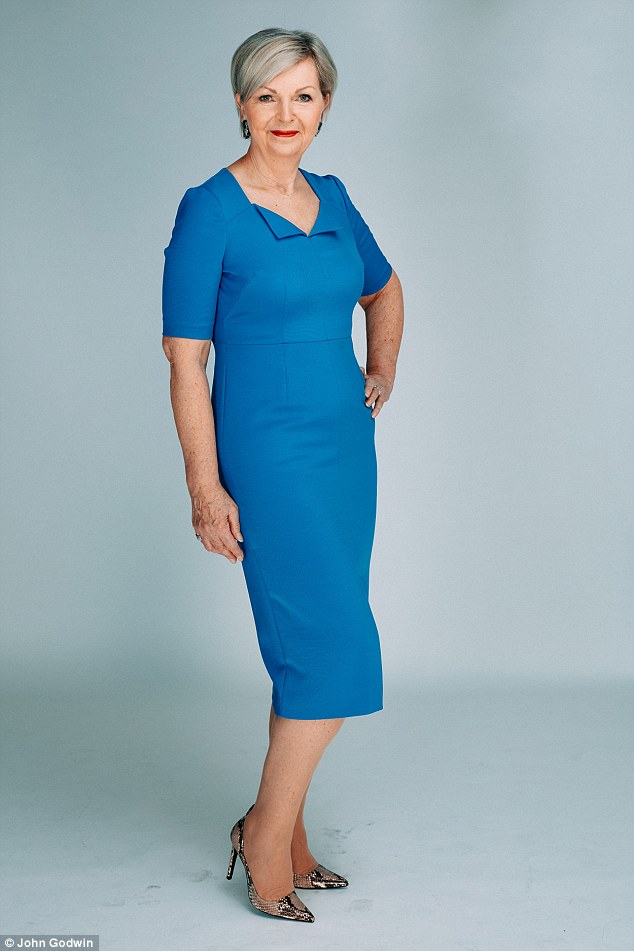 Tricia believes her intelligence, articulation and capabilities have remained the same throughout her adult life and therefore she should be treated as such

Often I get asked: ‘How do you run an online business for older women? They can’t use technology.’ Well, excuse me while I check my Google Analytics for my business. From that alone I can tell you that hundreds of thousands of older women are indeed using their iPads and mobile phones to order things online.

I like to think that things are beginning to change — slowly. Women in the media such as Mary Berry, 83, and Prue Leith, 78, are wonderful role models, but where are all the others?

But advertisers are missing a trick by talking down to our age group. Once we hit a certain age we are targeted with a barrage of commercials which do nothing but medicalise our age. How many times do you see a fit and healthy — but always white-haired — model selling us incontinence pads, stair lifts or walk-in baths?

A recent report found that two-thirds of older Brits still feel as though they’re stereotyped in ads. Over 65s said the most ‘frustrating’ stereotype perpetrated was that older people are inept with technology, with 26 per cent saying they were offended by the term ‘silver surfer’.

Another 57 per cent said they were perturbed by the cliché that older people were physically decrepit, while 59 per cent thought advertisers treated them as ‘having nothing to say’.

Well I’m 70 and I have not become mentally deficient nor have I morphed into a child. I am the same intelligent, articulate and capable person that I have been for all my adult life and I’d really appreciate anyone — doctors or otherwise — treating me as such.

Tricia is the founder of lookfabulousforever.com

Have you been patronised because of your age? Tell us your stories by emailing femailreaders@dailymail.co.uk