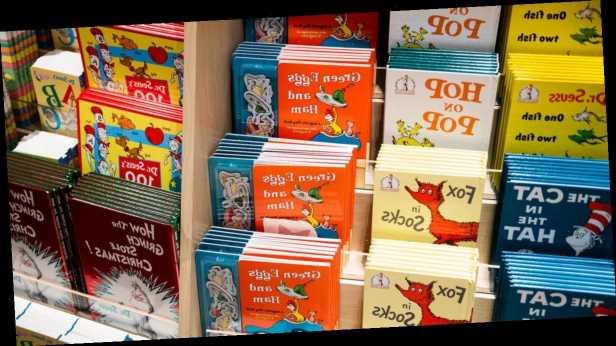 Several Dr. Seuss books have risen to the top of Amazon’s bestseller list just days after the author’s estate said it would stop publishing six books that contained racist or offensive imagery.

Dr. Seuss Enterprises, which preserves the author’s legacy, said it worked with a panel of experts to determine that the books “portray people in ways that are hurtful and wrong.” Those titles, including “And to Think That I Saw It on Mulberry Street,” “Scrambled Eggs Super!,” and “The Cat’s Quizzer,” have since sold out at booksellers.

On Thursday, nine other Dr. Seuss books filled the top 10 of Amazon’s bestseller list, with “The Cat in the Hat” at No. 1. There were a total of 25 titles in the top 50, including “Oh, The Places You’ll Go,” and “Green Eggs and Ham.”

Seuss, whose real name was Theodor Seuss Geisel, is one of the most popular children’s authors in history, with a collection of 45 books that have been sold in over 100 countries. He is best known for his whimsical work, which imagines fantastical creatures large and small that help teach children important life lessons in couplets.

However, some of his work has drawn criticism for its harmful stereotypes of ethnic communities. In the 1937 title Mulberry Street, he included a character with pigtails, chopsticks, and a cone-shaped hat. He was described as “chinaman” and the only character drawn in yellow. 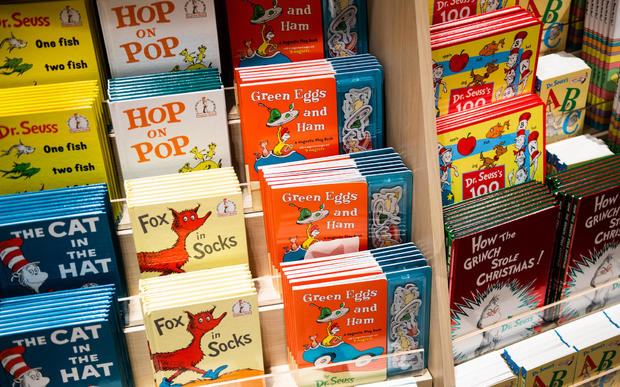 In 1978, the yellow was removed and the character renamed “Chinese man.” But caricatures of Arab and African people remained. Meanwhile, many Dr. Seuss books feature non-human characters who encourage readers to be inclusive, kind and generous.

“I think he’s like a lot of white people in whom I include myself, you know, who just isn’t fully aware of how racism has shaped his own imagination,” Phillip Nel, an author who has written three books about Dr. Seuss, told CBS News this week. “I don’t think the fact that he’s trying to be anti-racist and is racist at the same time is unusual. I think that is actually quite common.”

Dr. Seuss Enterprises on Tuesday said it will continue reviewing its catalog. “Ceasing sales of these books is only part of our commitment and our broader plan to ensure Dr. Seuss Enterprises’ catalog represents and supports all communities and families,” the organization said in a statement.