Who was the drunkest guest at the 2018 Met Gala? Andy Cohen knows…but he isn’t telling.

“I swear to God!” the celebrity stylist assured his fellow guest. “I wish!”

Derek Blasberg, who was tending bar, shared another secret. “George Clooney looked like he was having a lot of fun…He was having more fun than all of us!” Harlow confirmed his account, revealing, “I met him for the first time. He was having the best time of his life. I love it! I love it!”

Meanwhile, Cohen—who was Sarah Jessica Parker‘s date—said he was under the influence. “I ate a Cheeba Chew at dinner,” he admitted. “And I’ll tell you something, I was feeling no pain!”

Hours earlier, on The Late Show, Colbert shared additional details from Fashion’s Biggest Night. “As much as it’s a party, it’s a parade. It’s fancy. It’s really fancy. It’s the fanciest thing you can go to,” said the host, who modeled Antonia Xereas on the red carpet. With so much going on, he laughed, “I would have stepped on a baby’s finger for a cocktail, but I couldn’t find the bar!” Throughout the night, “There was a lot of Gregorian chanting. It was like Eyes Wide Shut. Either it felt like the whole evening was going to end in a giant ass pile or they were going to kill us,” he joked. “I’m not sure if I wanted to wait for the after-party. I just wanted to get out of there!”

After laughing over Chadwick Boseman, Jared Leto, Rooney Mara, Frances McDormand, Katy Perry and Rihanna‘s Met Gala looks, Colbert said he had fun fooling around with Fallon on the red carpet. Together, the TV hosts posed like “two altar boys getting ready to meet the Bishop.” On The Tonight Show, Fallon said he’d bumped into Colbert on the steps when he suggested the bit. “He is unbelievable, man. He’s so funny,” the comedian said. “I love the guy! He is so good!” 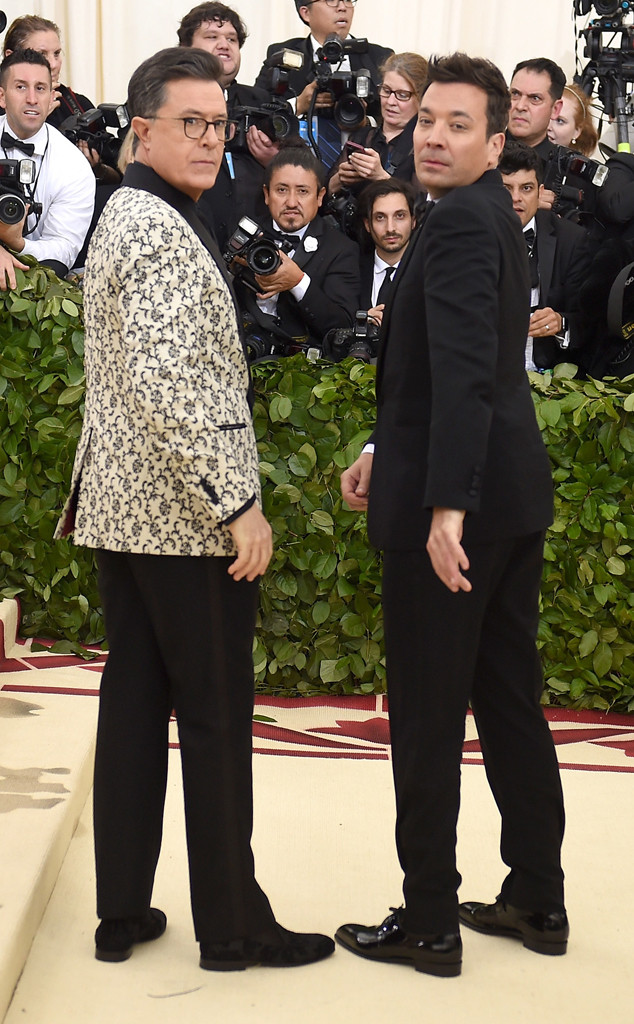 Unlike Cohen, neither mentioned which of their peers had too much to drink at the yearly gala, and the topic didn’t come up when Fallon interviewed Noah, either. Instead, they laughed at their selfie before Fallon told the Daily Show host, “You were a stud! I saw you all dressed up!” 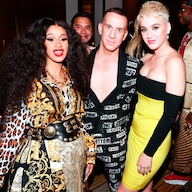 So, why hasn’t Corden shared any stories yet? While The Late Late Show aired a new episode Tuesday, it appears to have been pre-taped in L.A. before he flew to New York for the Met Gala.

Perhaps if Cohen identified the host, that perception might change.