A creative idea with a sweet twist! Duchess Meghan made her obsession with bananas all the more fruitful at a charity event that the pregnant royal attended with husband Prince Harry.

“While packing lunches for @One25Charity’s outreach service, The Duchess of Sussex had an idea to write positive messages on banana skins,” the official Kensington Palace Twitter account tweeted Opens a New Window. on Friday, February 1.

The message continued in another tweet: “Some of the women working on Bristol’s streets this evening will receive these messages from The Duchess in their food parcels.”

The Suits alum, 37, wrote a variety of notes on the fruit, including, “You are special,” “You are strong,” “You are brave” and “You are loved.” She also drew a heart on each peel.

Chips, juice and muffins were among the other food items in the care packages.

In a video shared by Kensington Palace on Twitter, the duchess cheerily said: “I’m in charge of the banana messaging.”

The royal family’s Twitter account Opens a New Window. gave followers more information about One25, noting that the organization “provides emotional and practical support to help women break free from street sex work and addiction.” According to the tweet, Meghan asked to “write empowering messages on the bananas.”

Harry, 34, and the former actress braved the snow on Friday to greet children in Bristol, England. The couple held hands as they visited The Old Vic theater and boxing charity Empire Fighting Chance.

A source revealed in the new issue of Us Weekly that the prince is watching after Meghan closely during her pregnancy. “Harry’s being his usual amazing self around Meghan,” the insider told Us. “He’s keeping an eye on her to ensure she doesn’t overwork because she’s not the best at knowing when to put the brakes on — that’ll be Harry’s job.”

Scroll to see photos of the mom-to-be’s banana handiwork. 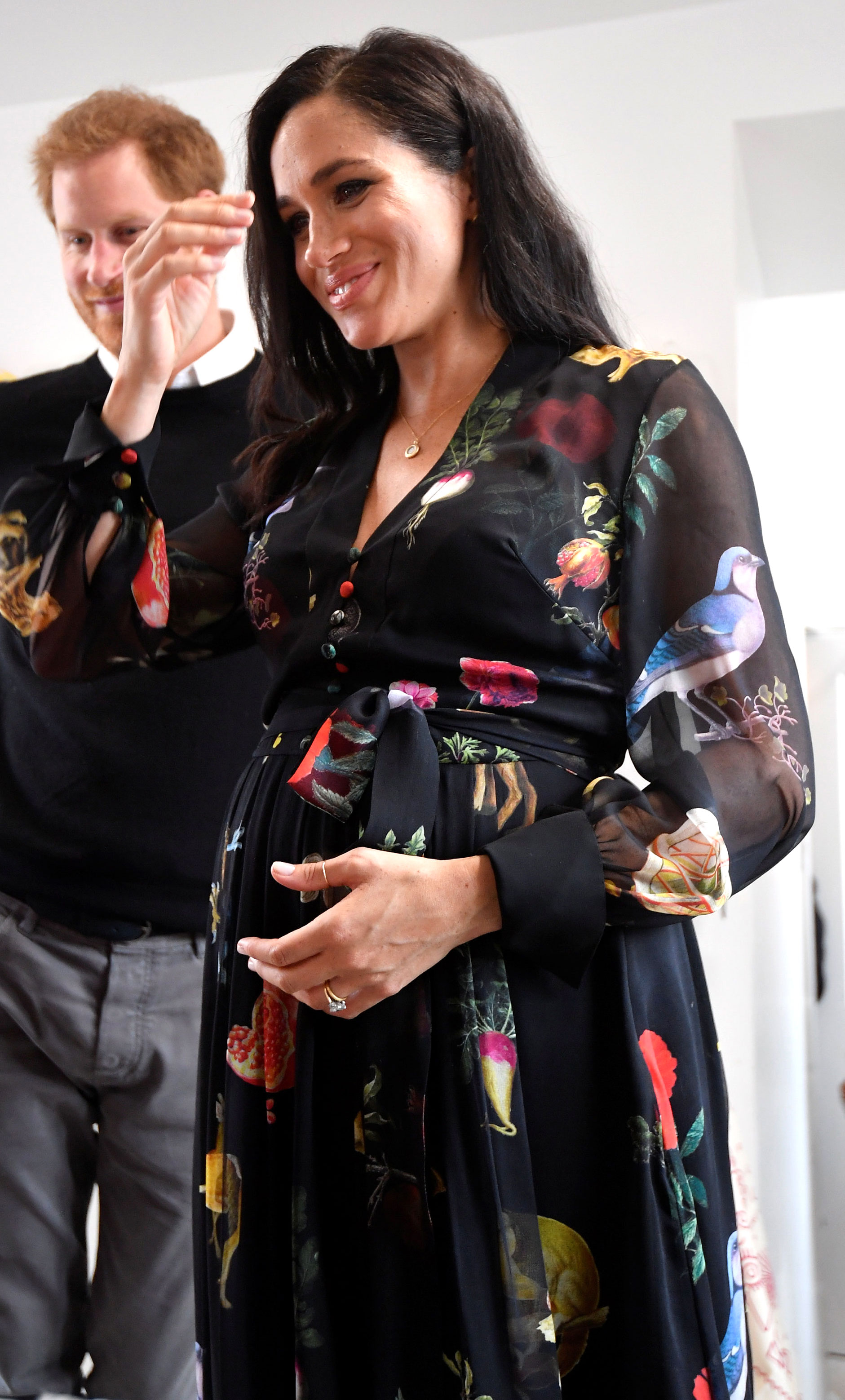 Meghan famously posted an Instagram photo of two bananas cuddling shortly after news of her relationship with Harry broke, which many took as confirmation of the romance. The foodie also baked banana bread for a family in Australia during her first royal tour in October 2018. Furthermore, the royals were rumored at one point to want a banana wedding cake at their May 2018 nuptials, but that theory was debunked by the lemon elderflower confection that actually made it to the table. 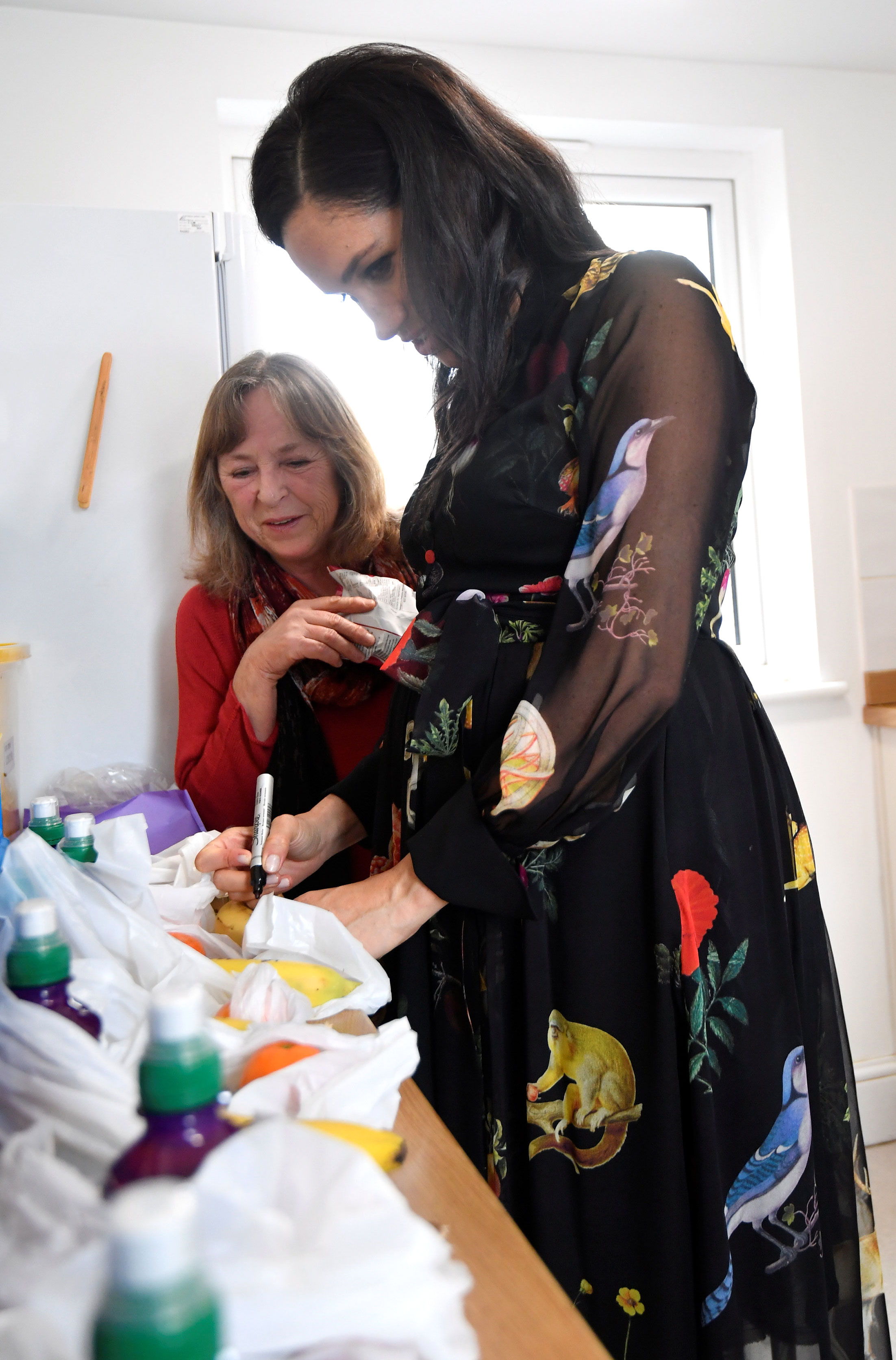 Counting Down the Days Till Baby

The Duchess of Sussex revealed her due date in January, telling well-wishers in Birkenhead, England, that she is set to give birth in late April or early May. She also noted that the duo want to keep the baby’s sex a “surprise.” 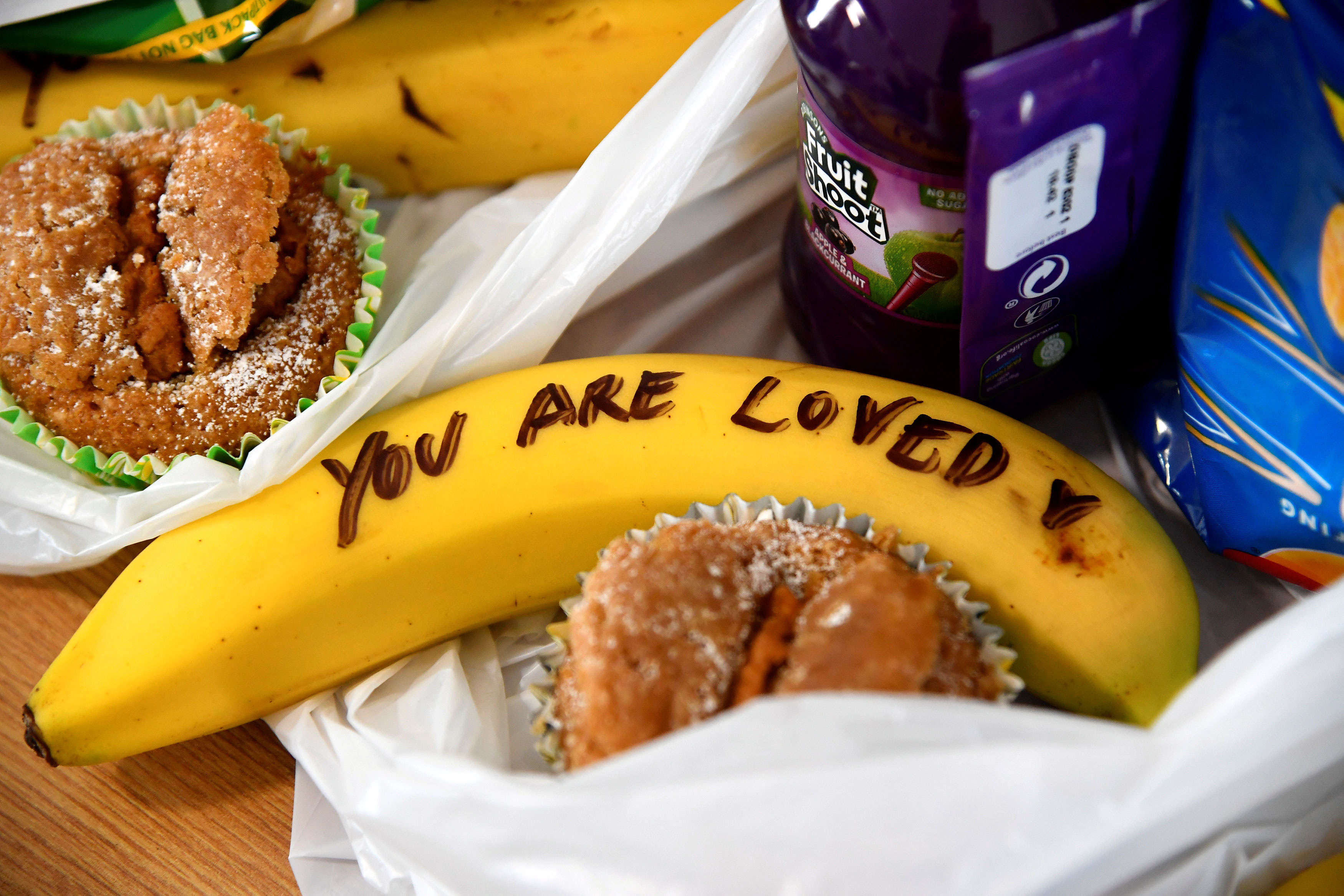 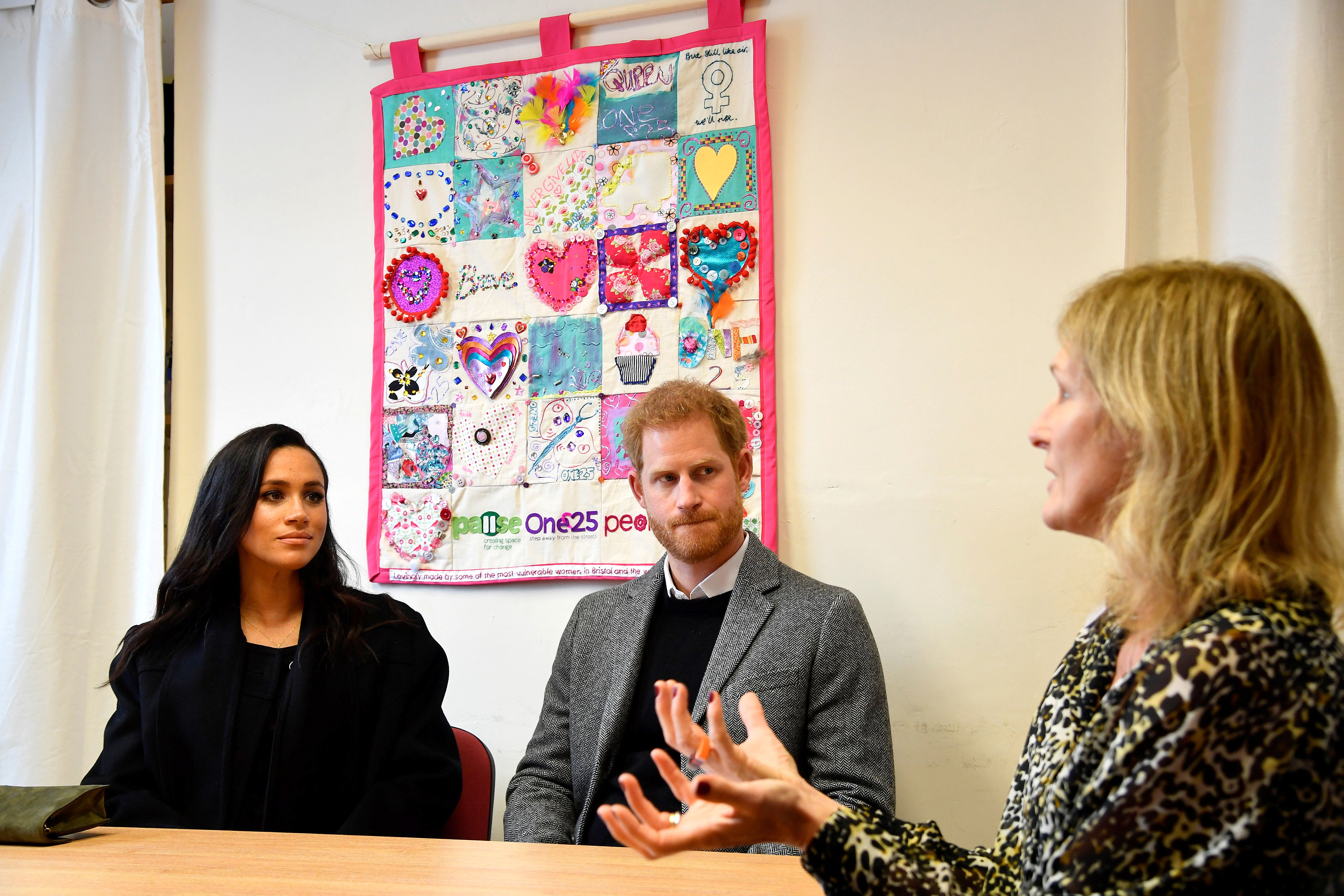 A source told Us that the duchess has been working with a doula ahead of her first child’s arrival: “Meghan is focused on calm and positive energy around the birth — she’s a big believer in that.” 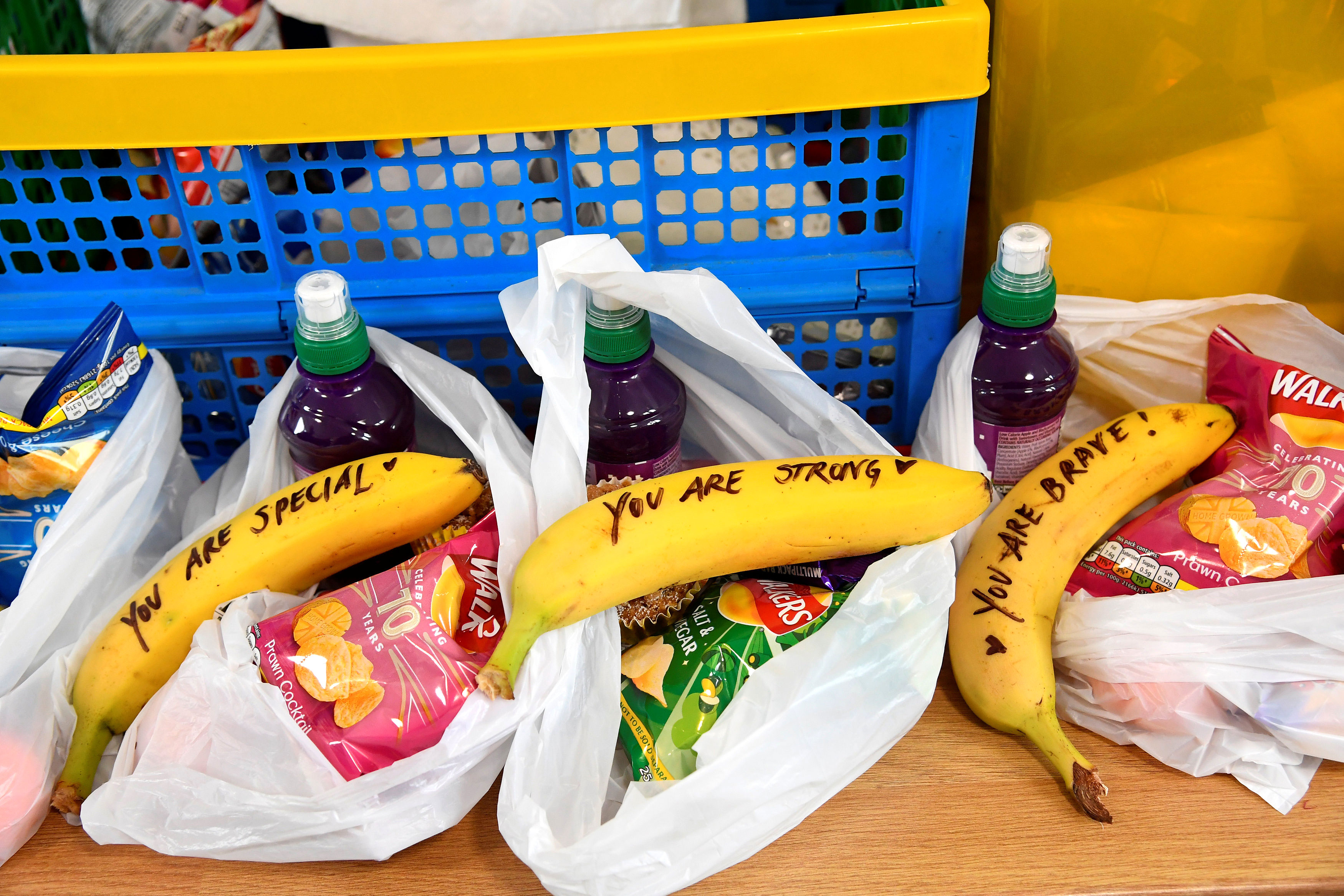 Meghan’s patronages include The National Theatre, The Association of Commonwealth Universities, Smart Works and Mayhew.

Why didn’t accusers abandon Harvey Weinstein? Expert to weigh in at trial