‘That is true love!’ 24 Hours in A&E viewers left in tears as wife, 79, who refused to leave her ailing husband’s side in hospital reveals her heartbreak over his death

The ‘true love’ between an elderly married couple left viewers in tears on 24 Hours in A&E, after the doting wife refused to leave her ailing husband’s side when he was rushed into hospital.

James Barraclough, 79, was initially taken to St George’s Hospital in South London complaining of stomach pain, where doctors established that he had serious heart problems.

Medics explained to his worried May, James’ wife of almost 60 years, and her family that James had an aneurysm in his aorta, meaning the valve pumping blood in his heart was larger than it should be.

May told her family on the Channel 4 show ‘I don’t think I can leave him’, and was seen leaning over to gently kiss her husband, determined not to leave him alone in his hospital bed.

Although James was released from hospital, viewers learned his health continued to decline and he later passed away at home with May, also 79, who left fans of the show ‘in bits’ as she recalled their near 60 year love story. James had been rushed into hospital with heart problems, with his doting wife May staying firmly by his side Sadly despite his health improving enough to be able to return home, James sadly later passed away ‘Sobbing my eyes out at #24HoursinAandE I just want everyone to have their loved ones with them forever,’ said one devastated viewer.

‘Absolutely sobbing my heart out at #24HoursinAandE Makes me just think of my grandparents. That is true love!!!’ added another.

‘#24hoursinAandE has just broken me,’ said a third.

Cameras film around the clock in some of Britain’s busiest A&E departments for the hospital series, James had suspected internal bleeding.

May lightheartedly joked with her husband that he had been flirting with the nurse to keep his spirits raised, as she gave him a gentle peck on the lips and caressed his face, in a sign of what viewers called ‘true love’. 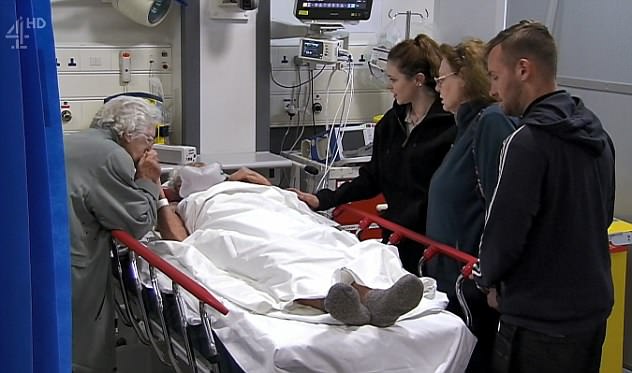 She told cameras that they had met and married aged 20, in 1958: ‘After we got married we got a flat – it wasn’t the best of things.

‘There was a rickety old gas stove and a tin bath in the yard, but we were happy.

‘We were thrilled to bits when we found out we had a baby on the way but he needed to get a job, something stable.’

The couple moved from their home in South Shields to London, where James got a job in a factory.

She added: ‘We came down by coach – there were a few tears, still the bright thing is he got a job at a factory. We had a house and we had each other.’ The couple met and married age 20 in 1958. They found out they had a baby on the way soon after and moved from their home in South Shields to London 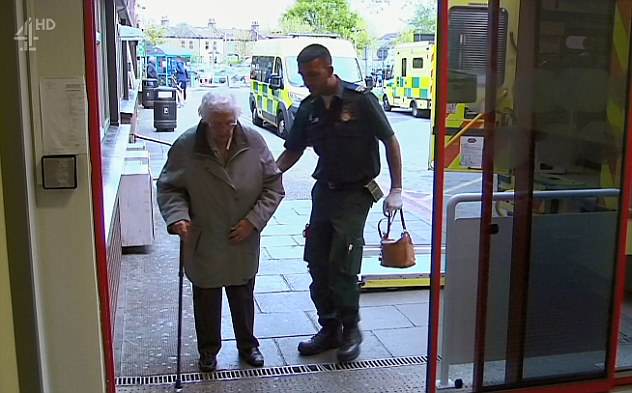 Doctors moved James to Kingston hospital where he was discharged after a couple of days and was well enough to return home.

But May explained that sadly his health didn’t improve: ‘We tried him with his music and he would listen to that for a little bit but it wasn’t good.

‘Kirsty was swabbing his mouth because he had dry lips and she said suddenly “Nana I don’t think he’s breathing” and it was just like that.

‘But of course she said “what have I done?” and I said “you’ve done nothing, sweetheart, you were helping him and he knew you were there”.’

James passed away on July 31, 2017, and the episode of the Channel 4 series was dedicated to him.