Embarrassing secret I was too ashamed to admit for 7 years: Danielle is speaking out with unflinching candour about the condition that affects one in four women

Last week I spoke on national television about an embarrassing problem — one to which I know countless women will relate.

I won’t pretend my heart wasn’t pounding as I spoke about awkward moments on the school run and the perils of sneezing in my red carpet finery. But I’d decided to open up on ITV’s This Morning about the incontinence that blighted my life for seven years to encourage other women to tackle a health problem that is still considered taboo.

Far too many of us feel so hideously self-conscious about not having control of our bladders that we don’t even tell our GP. I certainly didn’t feel able to.

I can’t believe I didn’t seek medical help earlier for such a debilitating problem. Embarrassment, and the idea that I wouldn’t be taken seriously, held me back. 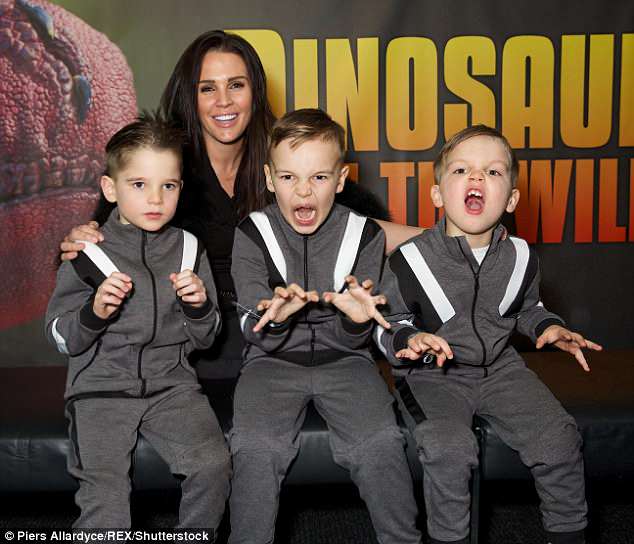 Yet if I had confided in a doctor, the first thing they’d have told me is that this problem affects around one in four women, particularly after childbirth. There’s absolutely nothing to feel ashamed about — and much can be done to help. Instead, I suffered the indignities of adult incontinence in silence.

I was 27 when, following the birth of Harry, the second of my four sons, I discovered that if I needed to ‘go’, there was no hanging on for a convenient moment — I simply couldn’t hold it in.

Wherever I was, my bladder didn’t care: I was on red alert every time I left the house, always desperate to know where the toilets were in case I needed to go urgently.

Things got much worse after George arrived in 2013. After his birth, I only had to cough, sneeze or even laugh out loud to have an accident.

By then, it was happening when I exercised or if I ran after the children. Playing with them in the garden should have been fun, but I’d be so busy concentrating on my pelvic floor that I couldn’t relax. Time and again I’d have to stop play so I could go and change.

I work hard to keep fit, and go to the gym several times a week, but I was limited in the exercises I could do: the treadmill was out of bounds, as was lifting weights.

I have a personal trainer, and I’d tell him: ‘Please don’t ask me to do that.’ Of course, the whole point of having someone train you is that they push you to try tough new things.

Eventually, I explained I wasn’t being difficult — and told him why there were certain exercises I couldn’t risk. He was great about it, but I still cringe at the memory. 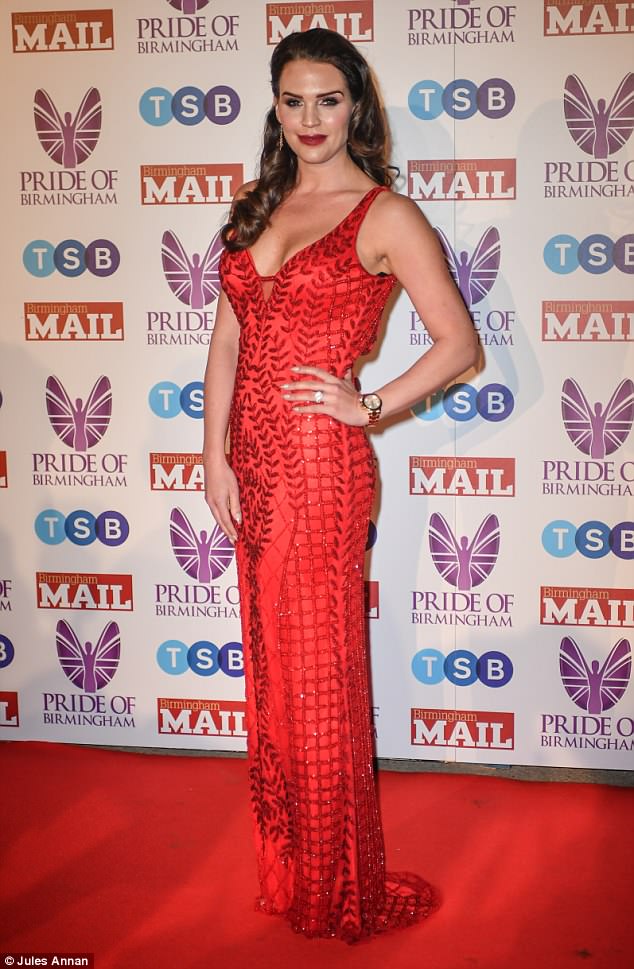 I dreaded doing the school run in summer because if the pollen count is high, all the antihistamines in the world won’t stop me sneezing. On several occasions, I pulled up in my car and had to ask another mum to take the boys in for me.

I’d come up with an excuse — perhaps that I was running late or feeling unwell. Anything other than admit I couldn’t get out of the car because I’d sneezed so much on the short drive to school that the bottom half of my clothes were damp.

I’d always thought the greatest indignity of childbirth was the way your body stops feeling like your own. You have no choice but to let midwives prod and poke you as they help to deliver your child.

But all that paled in comparison with the humiliation I felt the day I took my sons to a trampoline park and had an accident in front of everyone.

The older boys love going, so I’d take them along. But I’d always insist on watching from the side.

How many women suffer from incontinence?

One afternoon, they were having so much fun and kept pleading with me to have a go, too. A couple of bounces can’t hurt, I told myself. But that was all it took for me to lose control of my bladder.

I was wearing a light grey tracksuit, and couldn’t hide what had happened. I can still remember how mortified I felt hurrying the boys out of there, appalled and so sorry for my children who couldn’t understand why we had to leave.

I have a friend who has the same problem — and won’t even confide in her own husband. ‘How will he fancy me if he knows?’ she says.

Meanwhile, he jokes that his wife could open a shop with all the knickers she owns, seemingly oblivious to the fact that she needs so many because of the number of times she has to change her underwear. Or maybe he does realise, but jokes in this way to save her dignity.

I think she should tell him — after all, he was in the room when she gave birth to their two daughters, and saw how punishing pushing them into the world was on her body. I can’t imagine he’d be anything other than supportive. 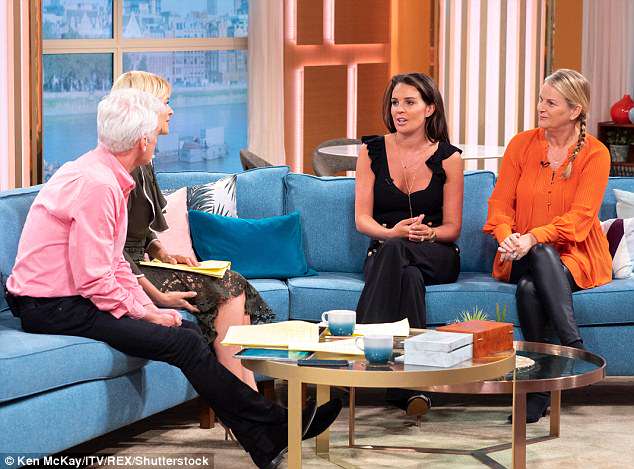 My partner, Michael, with whom I had my fourth son, Ronnie, last year, always knew about my struggles with incontinence.

He was very understanding, even when we were out for the evening and I’d suddenly announce we needed to go home — at once.

But however caring he was, I’d still feel upset.

For some women this even happens during sex, disrupting their love lives. Thankfully, that never happened to me, but I lived in fear that it might become an issue.

As it was, I’d started to wear pads in my underwear to protect my clothes. But it didn’t stop the shame that overwhelmed me each time it happened.

I could be at the most fabulous party, but be totally unable to enjoy myself because I felt constantly on edge.

And yet, like most women, I thought that this was something I’d just have to live with — one of those problems that go with the territory once you’ve had a baby. 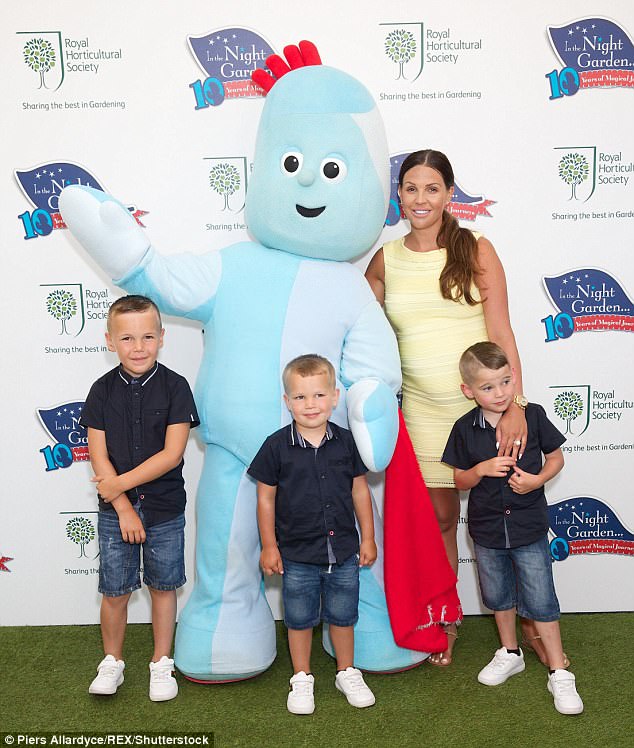 And so, just as I always made sure I had spare underwear for the boys in case of little accidents when we were out, I kept my own emergency pair in my handbag.

I resigned myself to living with the problem.

It wasn’t until I realised how many of my friends were suffering, too, that I started to investigate treatments. And I’m so glad I did, because there really is help available.

Your doctor can refer you to a specialist who will teach you exercises to strengthen your pelvic floor.

In the more serious cases, it could be that surgery is needed to correct things. In the end, what wor-ked for me was a ten-minute laser treatment at Aesthetically You in Liverpool, using a wand device to stimulate the production of collagen in affected areas.

Called Femilift, it may sound a bit like a fancy facial treatment — but it’s already putting me back in control of my body. I am on session one of three (three is recommended) at a total cost of £2,000.

I’m now able to play football with my sons and wear close-fitting clothes without worrying. Even better, after I spoke publicly about my problems last week, I was inundated with messages from women who had been suffering for years but now felt inspired to get help.

It was hard to talk so openly about such an intimate problem, but knowing it’s had that kind of positive effect has made me so glad I did.

I only hope that we are moving towards removing this taboo once and for all, so that more women like me can find the help they need.