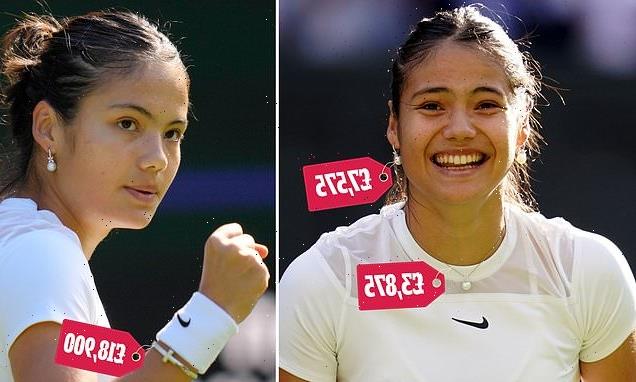 Emma Raducanu was kitted out in Tiffany jewellery worth an estimated £30,000 today as she stepped out on court for her opening Wimbledon match.

Appearing on Centre Court to successfully take on Belgian player Alison Van Uytvanck, the 19-year-old star represented the jewellery brand she has been an ambassador for since last September.

She sported a stunning pair of pearl teardrop earrings set in platinum, encrusted with diamonds and believed to be worth £7,575 from the Tiffany Victoria collection.

Raducanu, from Orpington, Bromley, paired the earrings with a matching necklace from the same collection, costing £3,875.

On her wrist it is thought she sported a classic white-gold Tiffany bangle encrusted with round diamonds, priced at a staggering £18,900. 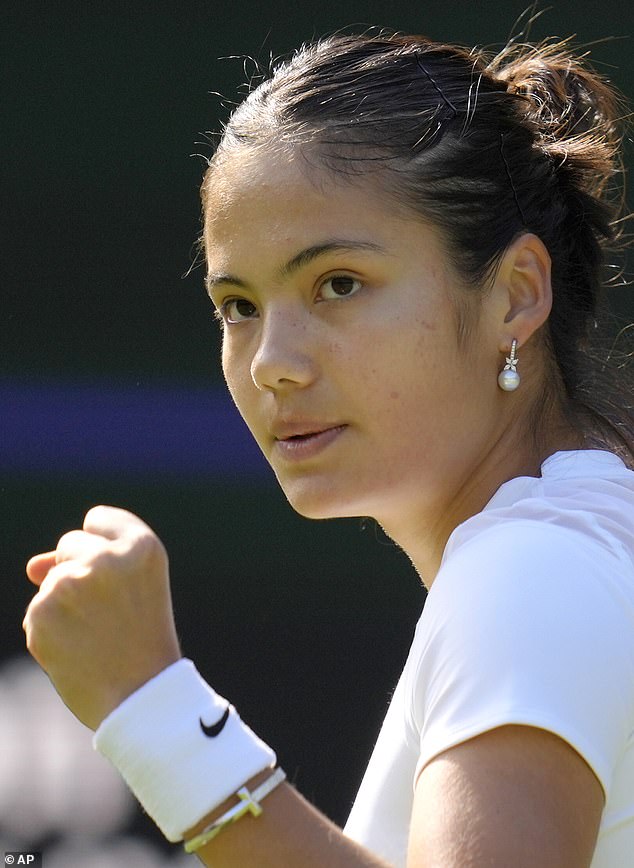 The Tennis star was announced as an ambassador for Tiffany last year after her stunning US Open win after she defeated Canadian Leylah Fernandez.

The teenager took home the $2.5million prize money after a sensational tournament in New York in which she didn’t drop a single set.

This is the 19-year-old’s second Wimbledon tournament, after entering the competition in 2021 having just finished taking her A-Level exams.

Then ranked 338th in the world, the teen sailed through to the fourth round but had to retire during a face-off with Australian Ajla Tomljanovic when she began to suffer with breathing difficulties.

The following day, Raducanu took to Instagram to explain she had been advised not to continue playing. 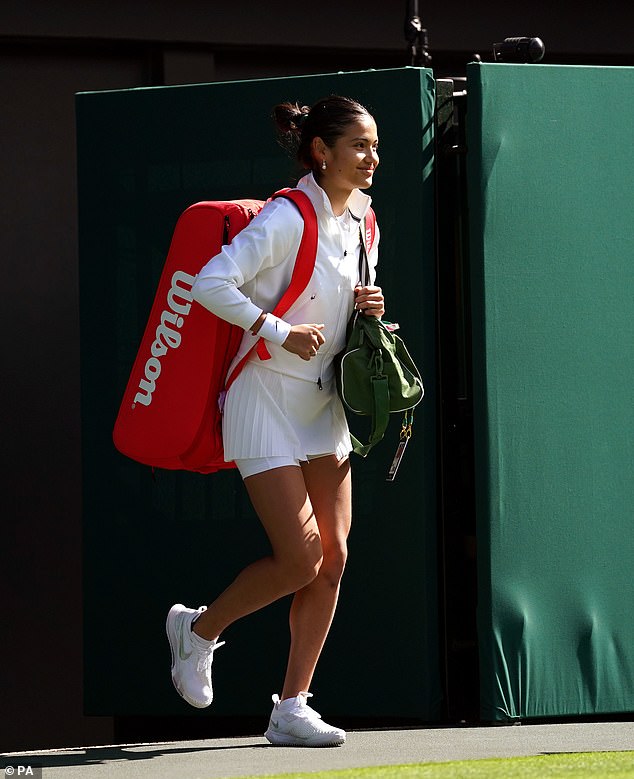 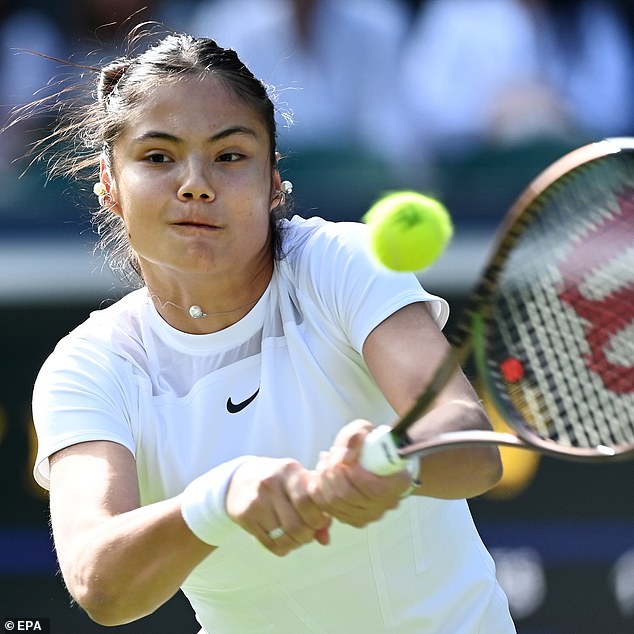 Raducanu, from Orpington, Bromley, wore a pearl earring and necklace combination as she dazzled on Centre Court

She wrote: ‘At the end of the first set, after some super intense rallies, I started to breathe heavily and felt dizzy.

‘The medical team advised me not to continue and although it felt like the hardest thing in the world not to be able to finish my Wimbledon on the court, I was not well enough to carry on.’

Her road to Wimbledon 2022 has not been smooth sailing as the star suffered a ‘freak injury’ at the Nottingham Open while playing Viktorija Golubic earlier this month.

However she won her first game on Wimbledon’s largest stage this afternoon as she made her Centre Court debut in a First Round victory against Belgian Alison Van Uytvanck in straight sets. 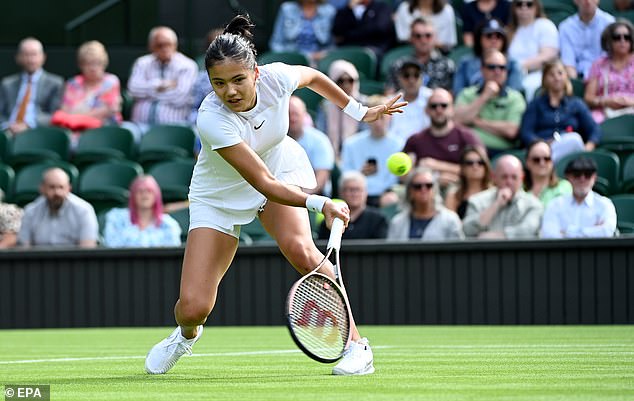 Raducanu won 6-4 6-4 to send the Centre Court crowd into raptures as she made her big comeback after a string of injury scare.

The match against the Belgian was hard-fought for rising star Raducanu as she was forced to break her opponent after being broken in the second set to emerge victorious.

The British No 1 waved at onlookers as she arrived at the All England Club, before sheltering under an umbrella during a downpour.

The young star received a roaring welcome from British tennis fans at Wimbledon as her mother Renee and other supporters cheered her on from court-side.