Home » Lifestyle » Do you engage in 'catch-up' fighting with your partner? 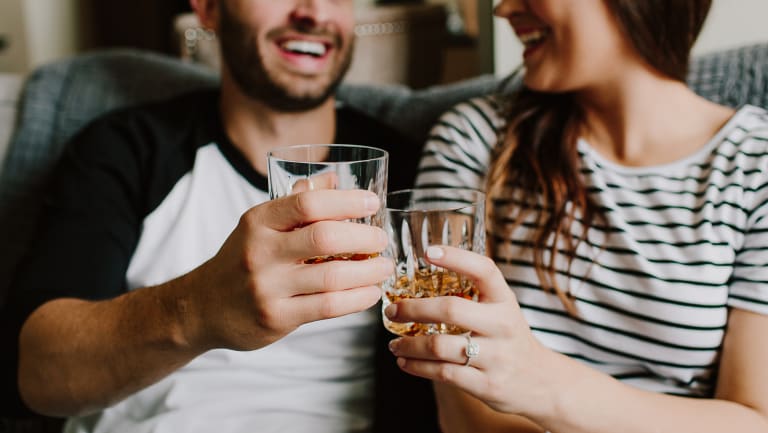 You’re both ready to go out, when …

I didn’t know I was doing it.

My husband and I had been chugging along, doing the daily grind, passing each other like overtired ships in the night. When we finally paused long enough to catch our breath, it was obvious we were crying out for a chance to reconnect. So we hired a babysitter, and trotted off for an idyllic night of embibing liquor, gazing into each other’s eyes and rekindling our romantic fires.

As soon as we clicked our seat belts in for the drive to the restaurant, out came the bickering.

It was petty, silly stuff; the content of which I can’t for the life of me recall now. But we both clearly had steam to let off and, instead of basking in the glory that is a "#NightOutWithoutChildren", we huffed into that restaurant like a pair of squabbling pigeons.

It wasn't until I heard the term "catch-up fighting" some time later that I realised that was exactly what we’d been doing. While we hadn’t had time to connect lately, it seems we also hadn’t aired our grievances and, before we knew it, they’d bubbled to the surface.

Relationship expert and psychologist Megan Tuohey knows all about catch-up fighting. She says it’s not only “very common”, it’s also something she sees in her own marriage. And, she explains, it happens for good reason.

During the everyday hustle and bustle – when you’re scrambling to get the kids out the door in the morning, or dashing off to work – you simply don’t have time to discuss all the things your partner has done that irk you. So instead of discussing such issues at the time, you shove them in a kind of "emotional backpack".

That backpack then gets heavier and heavier. Naturally, you’re desperate to unload it, so when the first opportunity to do so arises, you pounce on it.

If this happens every once in a while, it doesn’t mean there’s anything wrong with your relationship, says Tuohey. “I’d call that okay; I’d call that life.” But if you’re doing it every time you catch up, she says that’s a red flag. She explains that if you regularly launch into catch-up fighting, you’re continually cultivating a negative attitude towards your partner.

You may start off upset about one thing; but then whip out your Sherlock Holmes magnifying glass to go hunting around for further evidence to support your case.

Before you know it, the smallest infraction gets swept up and popped inside that trusty backpack.

When that bag is bursting at the seams with evidence, Tuohey says you’re more likely to lapse into talking in absolutes, telling your partner, "You always…" or "You never…".

(And you don’t need an expert to tell you that’s not conducive to good communication.)

Instead of lapsing into such negativity, Tuohey recommends re-evaluating the lens through which you view your relationship. Rather than scoping for issues, focus on looking for the good in your partner.

Then, when problems arise, bring them up at the time they occur (or soon after). Explain your feelings and work through the issue, rather than letting it fester in that backpack.

But if you find yourself hissing at your partner in between bites of garlic bread on your night out, don’t be too hard on yourself.

Until you can resolve the issues that are weighing you down, Tuohey says your brain has an “open tab” which can’t move forward. And when you’re both flat out, sometimes the only time you have to nut out your issues is when you’ve scheduled time to catch up.

Rather than letting things escalate into a full-blown brawl, Tuohey says you can hit the reset button by taking some deep, slow breaths to calm you down.

“Since your partner will be reading your energy, dropping… into a calm space will reset the entire situation.”

Then, organise a time to discuss these issues at a later date, and literally pop that in your diary. Once you do that, Tuohey reassures you should be able to enjoy the rest of your time together.

For me, simply hearing the phrase "catch-up fight" was a light bulb moment. Knowing what I was doing simply made me realise how much I didn’t want to keep doing it.

I'm not perfect. But nowadays – before heading out the door on a night out – I remind myself I’d much rather spend my time with my husband catching up on life, not fighting.