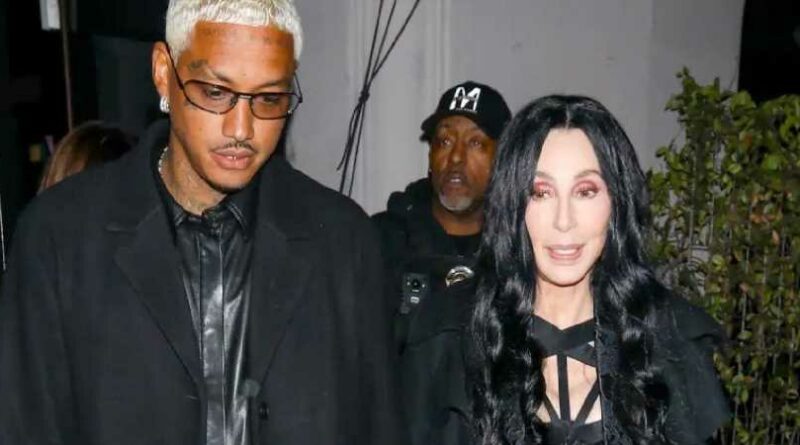 Cher may be walking down the aisle for a third time, if the rock on her ring finger is any indication. For Christmas, the singer received a stunning diamond from her boyfriend AE Alexander, which sparking engagement rumors.

“THERE R NO WORDS, ALEXANDER, A.E,” she tweeted on Sunday alongside an image of the pear-shaped diamond.

Speaking to Us Weekly, The Diamond Pro’s CEO Mike Fried estimated the ring is worth at least $250,000 given its size and clarity.

Cher’s tweet instantly prompted her followers to question if she’s engaged, which the musician has so far declined to address. However, in a follow-up tweet, Cher said she wished her mother was alive to see her new sparkler.

“She loves Diamonds. Before I realized it … I had a little tear, but I’m sure this is natural,” she continued. “Bet moms ears were burning last nite. We were telling stories about her, WHAT A WOMAN.”

Though Cher and AE appear to be going strong, the couple only recently got together. They sparked dating rumors in November after being seeing holding hands in paparazzi photos.

They’ve sparked controversy for their big age difference – AE is 39, while Cher is 76.

Nevertheless, sources say the age gap isn’t stopping Cher from enjoying her new beau. “Cher knows full well that there’s a lot of skepticism about this romance but she couldn’t care less,” one source said. “She’s reveling in the attention and saying that she and AE have something very special going on that’s made her feel more alive and sexier than ever.”

AE, a music executive, is no stranger to the spotlight. He was previously thrust into the headlines for his relationship with Amber Rose, whom he shares a son with. The pair broke up in 2021 following three years of dating.

At the time, Amber implied AE’s infidelity was to blame. In one post, the social media star said AE cheated with 12 women.

“Ur brain tells you to run when ur heart says stay,” she wrote on her Instagram Story. “I wish it was easy to ‘fix him’ but that’s not for me to do. The pain cuts so deep especially when children are involved. I will always love him so much but I know I can’t heal him only he can do that.”

Cher has also made headlines for her relationships throughout the years, which include two past marriages. It remains unconfirmed if she’s thinking of giving marriage another try, but with AE this time.