A college student was left looking ‘like a mahogany dining table’ after a catastrophic fake tan fail.

Regular fake tanner Jessica Clarke, 23, of Wallsend, Tyne & Wear, used St Moriz’s ‘darker than dark’ fake tan for the first time ahead of a girls’ night out in the hope that it would make her look even more bronzed than normal.

But she turned a very dark shade of brown that only got worse overnight.

Despite her fake tan disaster, Jessica has vowed to use the same product again – because she was so pleased with how she looked after the colour had faded slightly.

Jessica Clarke, 23, turned from lightly bronzed to a dark shade of mahogany after a fake tan disaster

Nursing and midwifery student Jessica noticed she had turned a very dark shade of brown just 30 minutes after slapping on a layer of the £2.99 St Moriz product.

Despite trying to wash it off in a long, hot bath, the student was forced to attend college – and admits she got a few funny stares.

The self-confessed fake tan addict said: ‘When I looked in the mirror the next morning it looked terrible. I couldn’t see my face, I was just eyes and teeth.

‘I took a picture and sent it to friends who were pretty shocked but then laughed. I had a bath and thought I’d try and soak it off, it didn’t go well. 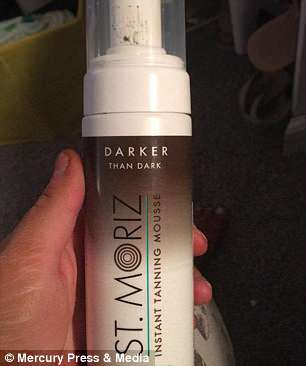 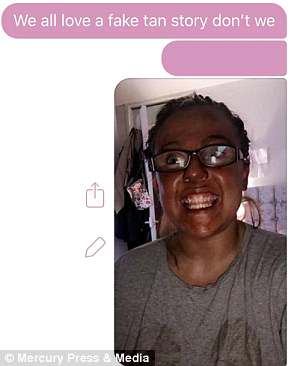 It was the first time Jessica had used St Moriz’s £2.99 ‘darker than dark’ fake tan product, which turned her skin very dark. She said her friends found it hilarious

‘The water went completely black, I was in there about half an hour trying to scrub it off.

‘I was due at college so I had to go in as I didn’t want to miss my classes. I was a bit nervous about going in and walking around college the colour I was.

‘I looked like a mahogany dining room table, it was terrible. My skin was just a really dark wood effect.’

When Jessica realised her beauty blunder after putting on just one layer of the £2.99 tan on earlier this year, she took a quick snap and sent it to pals who thought it was hilarious.

Jessica said: ‘I regularly fake tan, I’ve done it once a week for five years. I prefer it over sunbeds because of the health implications and the dangers of skin cancer. 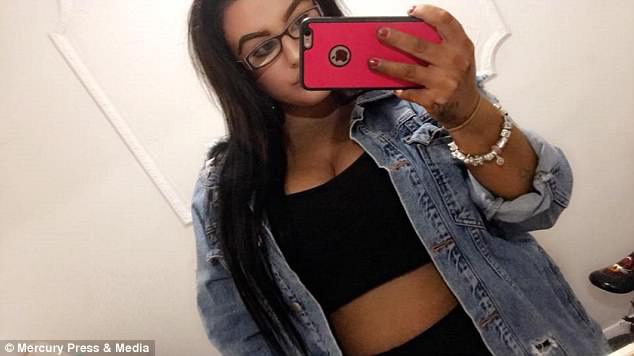 ‘I usually use dark fake tan, this time I used darker than dark as I fancied going a little bit darker.

‘As soon as I put it on I realised it was very dark straight away. I couldn’t believe what I was seeing in the mirror.’

The mortified access to nursing and midwifery student had to endure a day at college with people staring at her while she walked to and from classes.

After braving the outside world, Jessica headed home for a second bath in a desperate bid to banish the extreme tan and finally reveal her golden glow.

Jessica said: ‘I had to go in to college as I didn’t want to miss my classes. 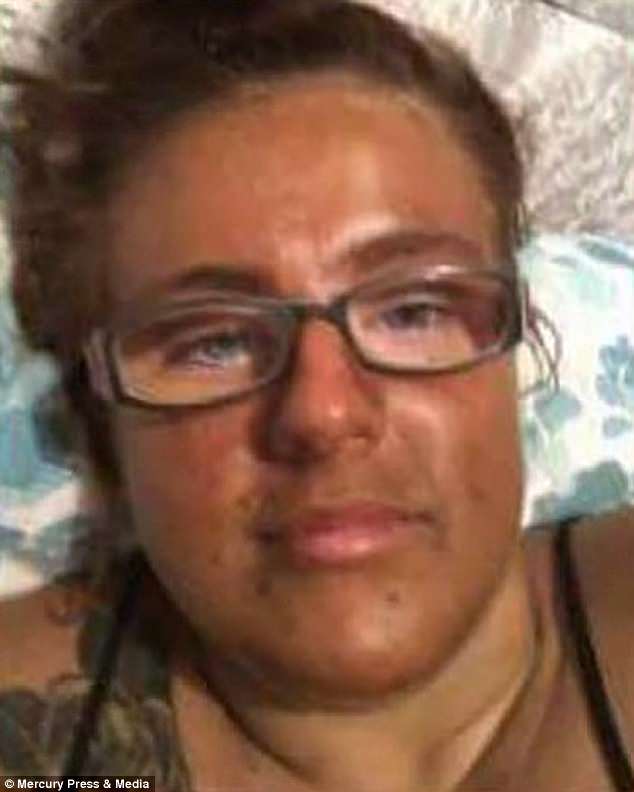 Jessica Clarke after using the ‘darker than dark’ fake tan

‘I was a bit nervous about going and worried about walking around the colour I was. I attracted some funny glances.

‘That night I got back in the bath and sat for another half an hour, the water was so mucky. After a while I started to gradually look normal again which made me very happy.

‘At the finish I was really pleased with how it turned out, so much so that I’ve bought another two bottles.

‘I’ll just need to do it a few days before I go out next time and make sure I’ve got no plans so I can hide inside.’