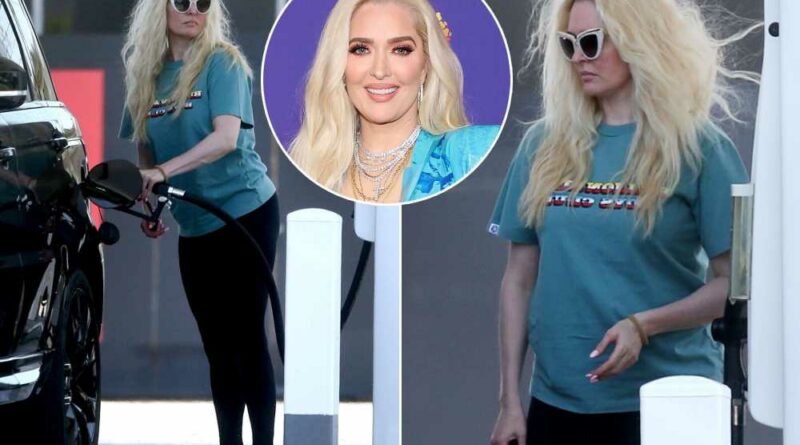 Erika Jayne is defending her right to dress down.

On Monday, the “Real Housewives of Beverly Hills” star, 49, was spotted pumping gas in a Billionaire Boys Club T-shirt, black leggings and sneakers — a far cry from her glamorous, high-fashion looks on the Bravo show.

Some fans ridiculed Jayne’s disheveled looks on social media. “These photos of erika jayne are how you know s—t has really hit the fan,” one person tweeted.

However, others stuck up for the “Pretty Mess” singer, with one writing, “y’all don’t know s—t about erika cause this has always been her when she’s just hanging with her friends. but go off i guess.”

The criticism comes as Jayne and estranged husband Tom Girardi are under a magnifying glass; Among other allegations, they’ve been accused of embezzling money from Girardi’s clients — many of them widows, orphans and victims of a 2018 Lion Air Flight plane crash — to fund their lavish lifestyle.

Hulu’s new documentary “The Housewife and the Hustler” spotlights the case, and has sparked increased outrage from fellow Bravolebrities and fans since its release.

However, Jayne continues to hit back at the haters, recently posting a GIF of herself telling folks to “go be offended at your own life.”

She also tweeted in exasperation, “When did everyone on Twitter become a f—king expert on others personal lives? Do you actually believe this s—t?”