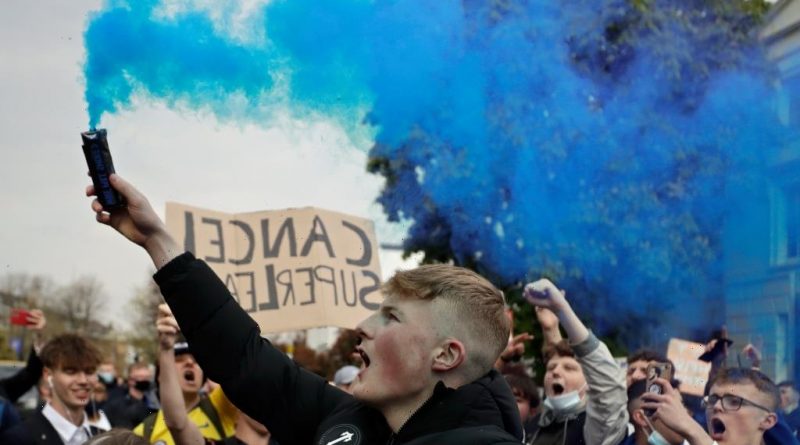 The widely lambasted European Super League is falling apart less than 48 hours after being announced.

Manchester City have withdrawn from the 12-team coalition and Chelsea are preparing to do so. Rumours are widespread tonight that others will soon follow.

In a move the club claim is not related to the Super League fiasco, Manchester United announced that executive vice chairman Ed Woodward will step down from his role at the end of the year. The timing is certainly curious.

The backlash against the Super League and the 12 breakaway clubs has been ferocious and almost universal.

Around 1,000 fans gathered outside Chelsea’s Stamford Bridge ground tonight to protest their club’s involvement. Meanwhile, Liverpool captain Jordan Henderson said on social media tonight that his side’s “collective position” is they do not want the Super League to take place. Other leading players have added their voices to the dissent and Liverpool and Manchester City’s managers have also expressed dissatisfaction.

UK Prime Minister Boris Johnson said Manchester City and Chelsea have made “absolutely the right” decision and he hopes others “will follow their lead”.

There has been no official word yet from ringleaders Real Madrid, Manchester United and Juventus but many European sports journalists are predicting that the end is nigh.

Multiple broadcasters have distanced themselves from the League since it was announced Sunday night without any consultation with fans or players. European front and back pages have been dominated by the story of remarkable corporate arrogance and greed.